President Donald Trump on Thursday hinted at progress in his high-stakes trade battle with China, saying talks with Beijing’s envoy had gone well.

The remarks added to an atmosphere that had grown warmer during the day after Trump announced he would grant an audience at the White House to top Chinese trade envoy Liu He.

“I will say I think it’s going really well,” Trump told reporters, offering no details. “We had a very, very good negotiation with China.”

The new signs of comity were an abrupt improvement after a week in which Washington blitzed Beijing with aggressive policy measures and talks appeared headed for a dead-end, just days before US duties on $250 billion in Chinese imports are due to rise.

Wall Street closed higher, with investors buoyed by hopes that at least escalation might be averted even if an overarching resolution was beyond reach.

But pressure on the two sides to defuse the confrontation has mounted in recent weeks as signs have grown increasingly clear the trade war — now more than a year old — poses a mounting danger to the global economy.

China this year balked at Trump’s demands for a profound transformation to the way it manages its economy and analysts say Beijing is unlikely to adopt economic reforms that could undermine the Communist Party’s political power. 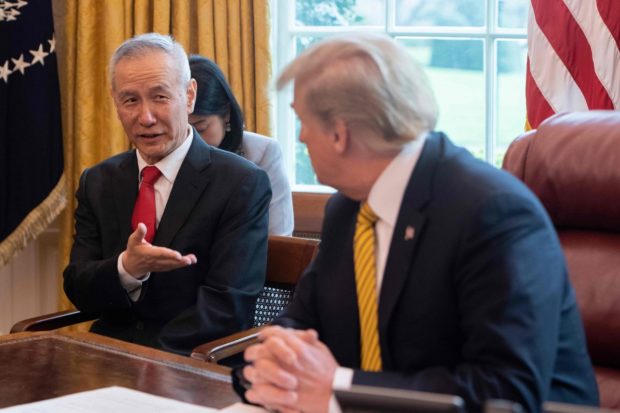 Speculation has instead focused on the possibility the two sides will seek to seal an incremental deal this week as a confidence-building measure.

Myron Brilliant, head of international affairs at the US Chamber of Commerce, told reporters on Thursday he had spoken with both sides and that an agreement on currency could emerge this week.

“I think that could lead to a decision by the US administration not to put forward a tariff rate hike on October 15,” he said.

The US Treasury in August branded China a currency manipulator, accusing Beijing of deliberately weakening the RMB to gain unfair trade advantages, making good on a Trump campaign pledge.

Media reports early in the week had also said the Chinese side was preparing an offer that falls short of addressing Trump’s core grievances but would increase purchases of US farm exports and make smaller concessions in return for a pause in tariff increases.

Both sides were due to dine together on Thursday evening.

Still, there was no hiding the recent sharp deterioration in relations. 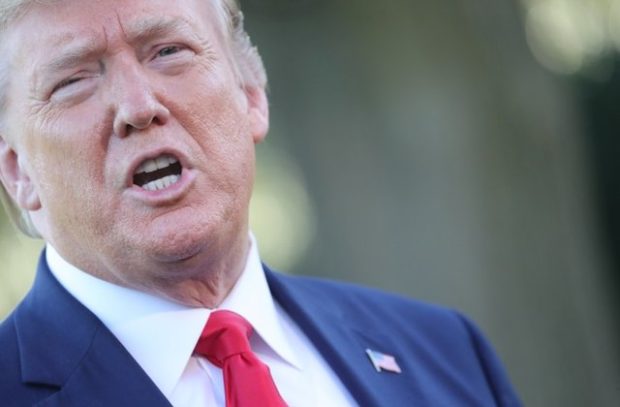 The measures have outraged Beijing and in the process penalized major players in the artificial intelligence sector, an area where the United States and China are intense rivals.

Trump has both accused China of dragging its feet in the talks and said his economic pressure leaves Beijing with little choice but to seek a bargain.

But his attitude toward the process is subject to the churning pressures now competing for his attention.

He faces an intensifying impeachment probe by Democrats and stinging bipartisan criticism for allowing a Turkish assault on Washington’s Kurdish partners to go forward by pulling American forces away from the border in northeast Syria.

Washington accuses China of attempting to dominate the global industry through massive state intervention in markets, theft of intellectual property, hacking and subsidies, accusations shared by Europe and Japan.

And, while the mood had improved on Thursday, US officials are reportedly studying ways other than tariffs that they can increase pressure on Beijing to overcome its reluctance to address these complaints.

The New York Times said Thursday that coercive measures under consideration included limiting Chinese companies’ access to capital markets as well as exposing Chinese companies to greater criminal liability under US law, heightened regulatory scrutiny and blocking some US pension investments in China.

Meanwhile, US central bankers and others believe the trade war is raising the chances the United States could slip into recession.

“We all know the next round of tariffs is going to hurt the United States as much or more than China,” Wendy Cutler, vice president of the Asia Society Policy Institute, told AFP.

“I think neither side will admit it but I think they’re both under pressure to find a way to forestall the next set of tariff increases,” she said.

“Every month that these trade talks continue, there’s more and more friction in the relationship.”