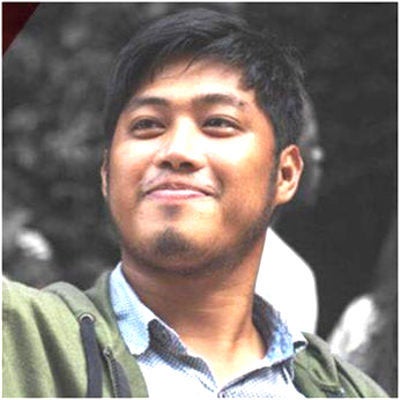 SAN FRANCISCO – An organization of lawyers sued the U.S. Department of Homeland Security (DHS) and the U.S. Customs and Border Protection (CBP) to compel the release of records on the detention and treatment of a Muslim Filipino human rights activist when he arrived in San Francisco in April last year.

The National Lawyers Guild San Francisco Bay Area Chapter (NLGSF) sued the federal agencies yesterday under the Freedom of Information Act (FOIA) on behalf of Jerome Aba, who was denied entry to the U.S. when he arrived at San Francisco International Airport (SFO) on Tuesday, April 17, 2018.

Aba traveled to the U.S. to participate in a speaking tour on the repressive conditions in the Philippines under the Duterte regime. The speaking tour had been sponsored by several U.S.-based churches and human rights organizations.

Aba, despite having received a 10- year multiple entry visa by the U.S. Embassy in the Philippines, was taken to secondary screening when he arrived at SFO for a layover and was subsequently detained by CBP for 28 hours before being deported back to the Philippines.

Aba reported being subjected to psychological and physical torture while being detained, including being forced to strip naked and stand in front of an industrial fan blowing cold air during a lengthy interrogation. At no time during his detention was Aba granted access to legal counsel.

On April 24, 2018, NLGSF filed a joint request with the American Civil Liberties Union – Northern California for records related to Aba’s detention and treatment under FOIA, which requires the U.S. government to provide copies of certain non-public documents to interested parties.

NLGSF filed a second FOIA request on May 29, 2018. To date, DHS has only disclosed a small portion of the documents requested, according to the group, and those records were allegedly unlawfully redacted. CBP has refused to turn over any records, despite holding the majority of the records requested.

“DHS and CBP have refused, for more than a year, to provide basic records concerning the detention, alleged mistreatment, and denial of entry of Mr. Aba,” said Abenicio Cisneros, counsel for NLGSF.

“The events surrounding CBP’s treatment of Mr. Aba is a matter of serious public concern. FOIA exists so that agencies such as DHS and CBP operate transparently. This lawsuit was necessary because DHS and CBP have refused to comply with FOIA in response to NLGSF’s requests.”

“DHS and CBP have given concerned community members the runaround, made conflicting statements to the media, and flouted FOIA requests about what happened to Jerome,” said Pam Tau Lee, chairperson of the International Coalition for Human Rights in the Philippines-U.S.

Additional details about the lawsuit, including the complaint filed in the United States District Court for the Northern District of California.