Turkey on Wednesday faced the threat of US “sanctions from hell” as its assault on Syrian Kurdish forces set off a crisis with its NATO ally, although it might still be able to count on a sympathetic Donald Trump.

Turkey pounded Syria with jets and artillery and sent in troops three days after Trump told his counterpart Recep Tayyip Erdogan that he would withdraw US troops effectively serving as a buffer.

While Trump has long sought to extricate the United States from Syria’s civil war, his decision triggered furious criticism from US lawmakers hoping to protect the Kurdish forces, who led the fight against the Islamic State group in the country.

A bipartisan group of senators introduced legislation that would freeze all US assets of Turkey’s leadership, including Erdogan, and impose sanctions on entities that do business with Turkey’s military until Ankara withdraws from Syria.

Lindsey Graham, a senior Republican senator who is usually a steadfast supporter of Trump, had warned Turkey of “sanctions from hell” if it went ahead with the invasion.

“Pray for our Kurdish allies who have been shamelessly abandoned by the Trump Administration.

This move ensures the reemergence of ISIS,” Graham wrote on Twitter, using an acronym for the Islamic State group. 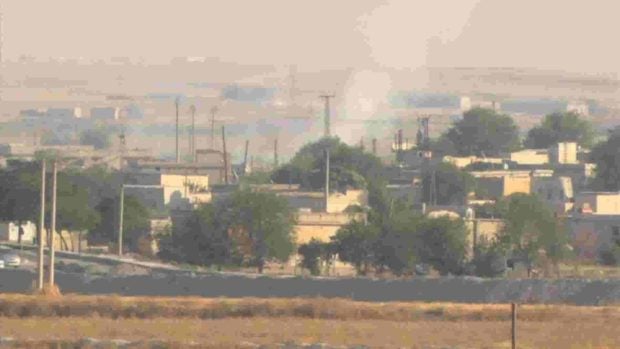 Faced with harsh rebukes, the mogul-turned-president — already under pressure in an impeachment inquiry — has sent mixed messages and threatened at the White House Wednesday to “wipe out” Turkey’s economy if Ankara’s assault was not carried out “in as humane a way as possible.”

“If (Erdogan) does it unfairly, he is going to pay a big economic price,” Trump told reporters, adding that he’d “do far more than sanctions.”

But he also distanced himself from Graham, saying that the hawkish senator “would like us to stay there for the next 200 years.”

Democrats also roundly criticized Trump as abandoning allies, even though some agreed that US troops should leave.

“These sanctions will have immediate, far-reaching consequences for Erdogan and his military,” said Senator Chris Van Hollen, a Democrat who teamed up with Graham. Trump signaled tentative support for sanctions but could veto the legislation if it is approved, setting up a showdown with Congress.

Gonul Tol, director of the Turkey program at the Middle East Institute in Washington, said that Erdogan was looking primarily at domestic considerations, especially after his party’s humiliating loss in Istanbul local elections.

Erdogan links the Kurdish fighters, who head the Syrian Democratic Forces, to separatist militants at home and brands them as “terrorists” — and is also hoping to send back some of the 3.6 million Syrian refugees in Turkey. 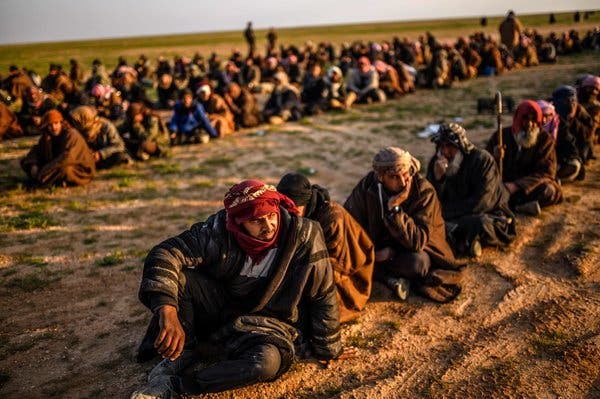 If Congress goes ahead with sanctions, “this will mean a new low in Turkish-American relations, and that’s going to be bad news for Erdogan as well because the economy matters a lot to him,” Tol said.

With Trump known to break diplomatic norms, Erdogan likely sees the US leader as similar to him, with his every word becoming policy, Tol added.

“He has invested so much in the relationship with President Trump and has complete faith in their chemistry,” she said.

“Obviously that’s not a wise decision because it completely disregards the role that Congress and other institutions play.”

Even before entering the office, Trump enjoyed ties to Erdogan, Turkey’s paramount leader since 2003. In a 2012 encounter drawing fresh scrutiny, the real estate tycoon’s daughter Ivanka thanked Erdogan for attending the opening of Trump Towers Istanbul.

Sympathetic Trump in Past

Erdogan has seen that Trump can push back against congressional anger in the past.

But Trump last year imposed tariffs that threw the Turkish lira into a tailspin as he successfully sought the release of Andrew Brunson, a US pastor whose detention in the Muslim-majority country made him a cause celebre among Trump’s evangelical Christian base.

“President Trump has proven that he does not want to alienate Erdogan.

But when he feels threatened or pushed, he could act otherwise,” Tol said.

Erdogan “understands that the US can inflict a lot of damage to the Turkish economy.

He has seen that” she said.

Nicholas Danforth, an expert on US-Turkey relations at the German Marshall Fund of the United States, said Erdogan feels he has a “good deal of leeway” due to Trump’s ambiguous threats and past hesitation at sanctions.