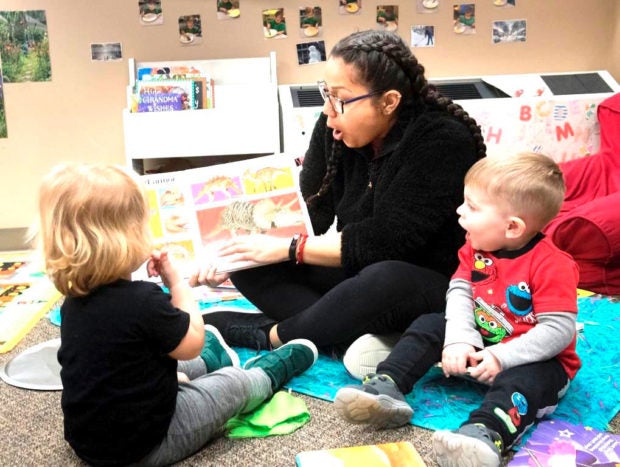 LOS ANGELES — Tens of thousands of California child care workers are celebrating after California Governor Gavin Newsom signed a new law this week that will allow them to unionize and bargain for better wages and health benefits.

The new law, AB387, was signed by Newsom on Monday, September 30 and will impact roughly 40,000 child care workers.

It also comes after 16 years of home-based child care providers pushing for the ability to unionize as a way to improve wages and get access to better benefits like health care, retirement planning, or even specialized trainings.

Similar bills have been introduced in the past, but were struck down with gubernatorial vetoes. AB 1164, for example, came close, but was vetoed by then-Governor Arnold Schwarzenegger in 2007.

In a statement, Newsom said, “child care providers help our economy by allowing working families and parents to report to work.”

“Creating quality jobs for the child care workforce makes economic and common sense,” Newsom added. “These workers care for our kids — we need to take care of them.”

The bill was authored by Assemblymember Monique Límon, D-Santa Barbara, who called the signing a “win for California workers — especially women who make up the great majority of the childcare workforce in our state.”

Límon praised Newsom for being a leader in changing times.

“This is a new era,” said Assemblywoman Límon. “We have a new governor who cares a lot about childcare.”

“AB 478 will create stability in California’s early care and education workforce,” added Límon. “California runs a 24-hour-a-day workforce, but our child care options for working families do not meet that need nor support those who provide child care. This bill will change that.”

Before the bill went for a vote, Límon said, “AB 378 remains committed to stabilizing those who educate our earliest learners and the families who seek care for their families as they remain in the workforce.”

Cosponsoring the bill was Services Employees International Union (SEIU) California, along with the American Federation of State, County and Municipal Employees (AFL-CIO).

A push towards better pay

According to a recent study by the Economic Policy Institute and UC Berkeley’s Center for the Study of Child Care Employment, child care workers in California are barely making ends meet.

In 2011, for example, the highest-paid child care providers working at licensed daycare centers were making less than $35,000 on average per year.

State Senator Holly Mithcell (D-Los Angeles) joined others in support of the bill on the Senate floor and said that the bill would be beneficial to child care workers who are currently making “poverty wages.”

Kim Pattillo Brownson, vice president for policy and strategy of First 4 LA, similarly said that the new law would allow child care workers to have greater stability and decent wages, which would result in better care for the state’s youngest children.

“This is a ‘win-win-win’ because it helps young children through quality early education, it helps parents be productive in the workforce and it helps providers with greater stability, less turnover in the classroom, and better training and retention of a vital workforce,” said Brownson.

But not everyone was in support of the legislation. Senator Jeff Stone (R-Temecula) said the bill was an example of labor union influence over the state legislature.

“This is nothing more than a union grab,” said Stone during a debate on the bill. “It’s very clear that this institution is strongly controlled by labor.”

The bill will go into effect beginning January 1, 2020.