Born in the Philippines, Valderrama Savage began her art training at the University of Sto. Tomas (UST) in Manila, and completed her art education in Florence, Italy under the guidance of Professor Silvio Loffredo at the Accademia di Belle Arti di Firenze (home to the famous statue of “David” by Michelangelo).

In recognition of her numerous global, artistic, cultural and humanitarian accomplishments, Valderrama Savage was awarded the “Pamana Ng Pilipino” Presidential Award in 2014 by then President Benigno Aquino III.

This latest exhibit offers a selection of drawings and oil paintings that draw the viewer into the artist’s journey and affection for Tuscany’s beautiful countryside — sunsets, landscapes, glimpses of plants and country villas are depicted on paper or canvas as vivid memories or quick impressions. Some of her artworks share a realistic language and marked brush strokes, while some are characterized by an open composition and softer or lighter lines that indicate the artist’s emotions and sensitivity. 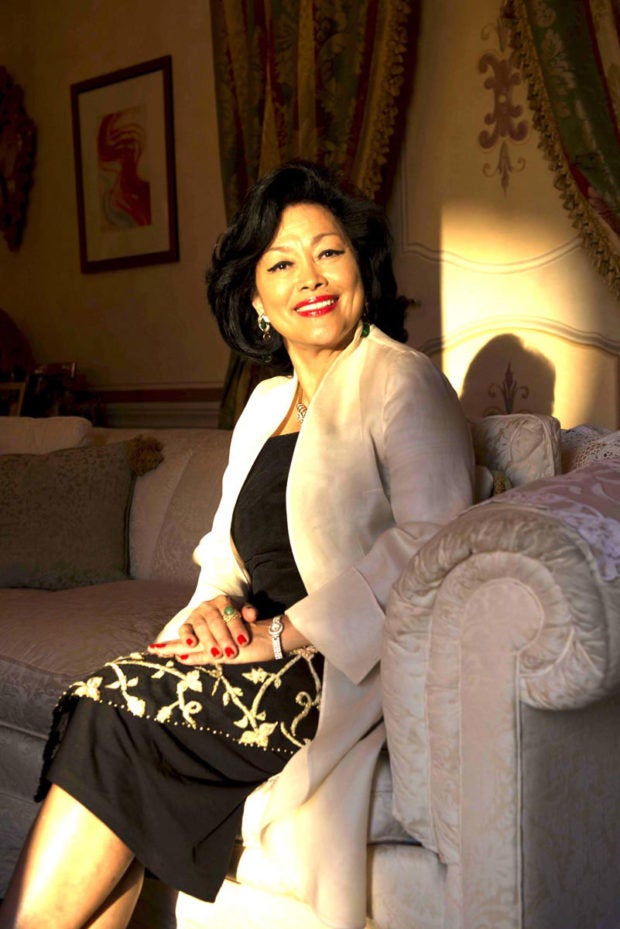 According to Francesca Bertini, curator of the exhibition, Valderrama Savage’s artistic journey is like “an unrolling ribbon, where the feelings coming from the surroundings appear; let us look at them and discover our land: Lolita goes on excursions in the countryside, fascinated by Tuscan landscape and culture, she explores the territory and notes down her feelings during her strolling. We like playing with these memories, comparing the way she wanders and examines nature from real life – drawing courtyards of suburban villas, rustic cloisters in ruins, small country roads – to the way the Macchiaioli (Signorini, Lega, Abbati…) depicted countryside spots and landscape glimpses.”

“Lolita’s painting is also empowerment, since it reminds us of the power of our freedom and contextually of our responsibility,” writes Italian author Mariagrazia Orlandi in her article, The Magic of Lolita. “Everything here happens with notes of respect and acceptance: each wave, even the most overwhelming, has its meaning and its moment. The art of Lolita then also becomes an antidote to fear, prevention of conflict and violence. A pictorial music that can regulate emotions.”

The exhibit is in cooperation with the following patrons: The Accademia di Belle Arti di Firenze (Lolita’s former school); The State of Connecticut, USA; The City of Stamford, CT, USA; the Consulate General of the United States in Florence, Italy; the Honorary General Consulate of the Philippines in Florence, Italy and the American International League of Florence, Onlus.