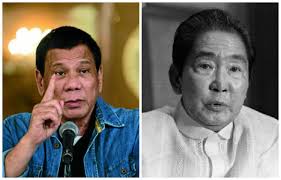 Rodrigo Duterte is an eye-for-an eye guy, if you haven’t noticed.

But if the eyes belong to the American scion of an ex-president like Bill Clinton and the daughter of the much-maligned Hillary Clinton, Duterte doesn’t feel inclined to stop at a pair of eyes.

So when Chelsea Clinton criticized him for a recent comment about taking up the cudgels for soldiers who would commit rape during martial law. Clinton said rape was “Not funny. Ever.”

Clinton also called Duterte a “murderous thug with no regard for human rights.”

Well, she does have a point.

But he couldn’t.  In that way, he’s like Trump. And he let Chelsea have it—directly.

“When your father, the President of the United States, was screwing Lewinsky and the girls there in the White House, how did you feel? Did you slam your father?” said Duterte at the 119th anniversary of the Philippine Navy in Davao City.

And then he got even saltier.

“I repeat, when President Clinton was fucking Lewinsky, what was your statement or your reaction?” Duterte added as he further dredged up the 1995-6 case with White House Intern Monica Lewinsky that led to Clinton’s impeachment.

Duterte claimed that he wasn’t technically making a rape joke, but was being sarcastic, indicating that he was actually saying that he would be the one answering for the soldiers’ actions.

Duterte also has a sense of history and mentioned that American soldiers come to the Philippines and rape Filipinos, and even kill transgenders. Complainants, he said, usually get paid off and are given visas to live in the U.S.

The harsh truth, perhaps. And worth discussing in some forum. It still would have been better to let Chelsea’s statement go. 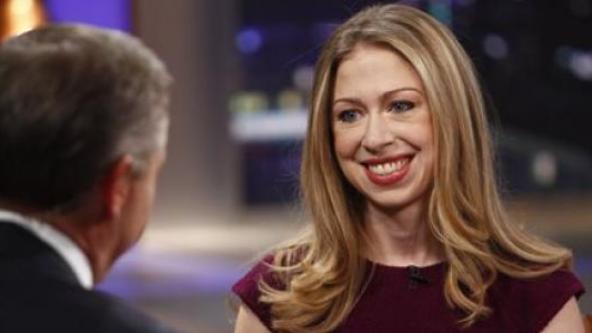 This is Duterte paving his way for being the international “bad guy.” Picking on Chelsea just adds to all the Duterte buzz.

There’s been a lot lately. Starting with the praise from Trump about his drug war and extrajudicial killings. And that was just a teaser for the secret nuclear sub information shared by Trump with him.

Add that to consorting with Putin on the day before he declared martial law in Marawi, and you can see why Duterte can’t stop.

The Philippines was made in the U.S.’s image and now we have the man who is happy to emerge as the Brown Trump, the second coming of Marcos. And things are coming together nicely for him.

Already the Philippine Congress has successfully blocked a joint session vote on Duterte’s declaration of martial law, settling for a voice vote in the House as the official OK.

Doesn’t sound good enough for me.

Akbayan Rep. Tomasito Villarin seemed to sum up Duterte’s declaration, saying there was “no coherent and holistic assessment of what necessitated” martial law.

Indeed, is martial law going to solve the problems in Marawi? Unlikely, but who’s in control here?

“Everything seems to be at the sole discretion of the President,” Vilarin told INQUIRER reporters.

The Supreme Court is the next stop. But at this rate, who knows if the high court can stop a raging strongman?

The signs are there. Just look at Chelsea Clinton as rhetorical roadkill. And Duterte doesn’t care. His bad-ass star is ascending.

Expect to see more of Duterte’s flexing in the media as we count down the “60 Days of Partial Martial.”

I’d say with Congress in Duterte’s back pocket, expansion of the declaration is likelier than you think.

At this stage, no one appears able to check Duterte on his test drive to absolute power.

Who can put the strongman back in the bottle?

Emil Guillermo is an award-winning journalist and commentator who writes for the Inquirer’s U.S. bureau. Contact www.amok.com