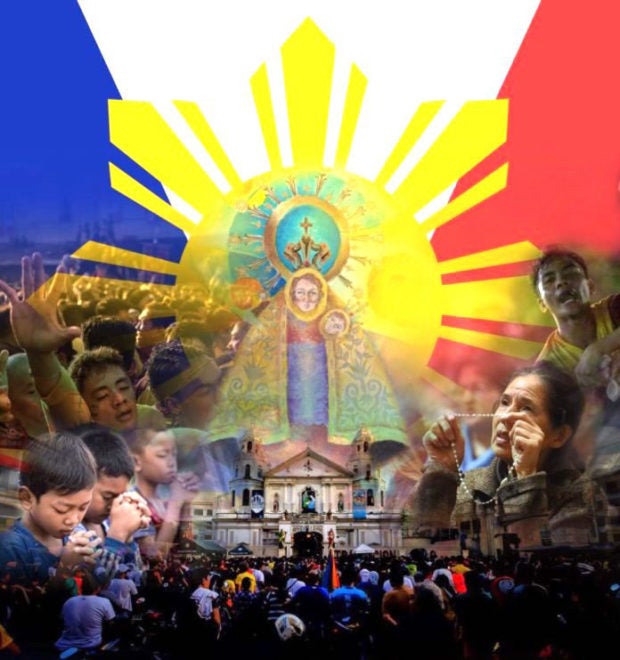 OAKLAND, California — Filipino American faithful will converge at the St. Michael’s Catholic Church in Livermore on Oct. 5 for the continuation of the 4-year diocesan celebration of the 500th anniversary of the arrival of the Christianity in the Philippines.

The Oakland Diocese’ program of activities, slated from 8:30-a.m. to 4 p.m., is geared towards appreciating and celebrating Filipino religiosity and spirituality.

Filipino bishops Mylo Hubert Vergara (Diocese of Pasig, Philippines) and Alejandro Aclan (Archdiocese of Los Angeles), Dr. Erickson Javier, and the Filipino clergy of the Diocese of Oakland will help in the participants’ discernment, prayer, and celebration of Pananampalataya (Faith), Pananalangin (Prayer) and Pagsasabuhay (Living Faith) pursuant to this year’s theme “Understanding and Appreciating Filipino Spirituality and Religiosity.”

Filipinos’ faith expressions can be similar and yet in many ways are different from practices of fellow brethren from the Americas, Africa, other Asian countries, Europe, Oceania, or even in the manner local Church communities in Oakland Diocese celebrate and live common Catholic faith. Manifestations of faith, spirituality and religions are mostly influenced, developed, and evolved by individual and societal experiences, events, cultures, and traditions.

Filipinos have different approaches to religious commemoration: novena to Our Lady of Perpetual Help; Feast of Sto. Nino; localized town fiestas imported from homeland; Simbang Gabi dawn mass; worshipping by El Shaddai; ceremonies by Cursillo; praising by Couples for Christ; observing 40th day and end of mourning; engaging in novena prayers to Saints; Marian and other devotions; Pabasa or chanting of the Passion of the Lord during Holy Week; Visita Iglesia; candle lighting offering for departed loved ones; and many more practices.

The Church views these unique but rich expressions of common faith as deserving of acceptance and respect; they should not be seen, in any way, as evolutions that lessen or diminish Catholic Christian faith.

The Diocese of Oakland commenced last March 16, 2018 with Holy Mass presided by Bishop Michael C. Barber, SJ at the Cathedral of Christ Light in Oakland and the traditional Philippine fiesta the four years of commemorating the 500-year anniversary of Filipino Catholic Evangelization.

Christianity began in the Philippines on March 16,1521 with the celebration of Mass and planting of cross on Limasawa Island in Leyte by Catholic priests and missionaries who were part of the expedition of Portuguese explorer Ferdinand Magellan commissioned by Spanish monarchy.

Since then, Filipinos have embraced the Catholic religious life, and emerging from the race have been anointed saints, blessed, venerables, Servants of God and numerous candidates for sainthood. The first Filipino saints Lorenzo Ruiz and Pedro Calungsod are widely venerated by devout homeland Catholics and immigrants all over US and around the world.