Envisioning a Mindanao Miracle: Rapid growth based on vision and values

Envisioning a Mindanao Miracle: Rapid growth based on vision and values 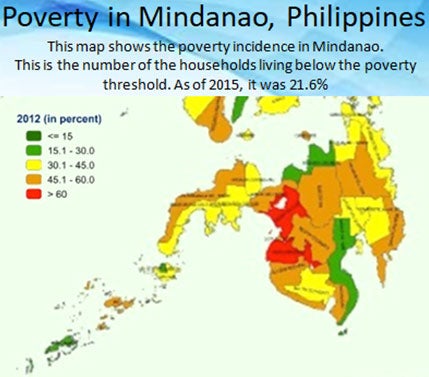 The Philippines and Mindanao are in a historic milestone, commemorating the victorious repulsion European occupation in 1521 by the first Philippine national hero, Lapu-Lapu. Now, the ratification of the Bangsamoro Organic Law holds promise to end the 500-year war, the longest running in the world.

The necessity to think boldly with political will and urgency is at hand — to transform the promise of a Mindanao Miracle into reality. The successful rehabilitation of societies devastated by war has had many examples in the last 70 years, like the rapid turnaround of Japan and Germany, and recent development of China, South Korea, Colombia, South Africa, and Singapore.

A Mindanao Miracle envisions “10x Growth” for its 26 million inhabitants, achievingwithin our lifetime an economic status that can be comparable to that of Malaysia or a Taiwan.

The common and determining factor in societal transformation and economic recovery is the resilience, hard work, ethical values, and discipline of the people and its leaders. After World War II, the Marshall Plan, World Bank, and Asian Development Bank helped in this process, eased by the backdrop of relative global peace. But the bedrock foundation lay within the vision and values of the population, in the search for a better life that is free from crime, corruption, and poverty.

First, a broad consensus for a Mindanao Miracle, of political will and historic legacy, among the Mindanao population is key. The roles of the National Government, the Regional and Local Governments, BARMM- Bangsamoro Autonomous Region of Muslim Mindanao, the legacy of Sultan Tomas Pastor-Cabili Jr. with the federation of Sultanates must be established:

When a broad understanding and growing broad consensus is established; immediate actions need to be felt and create hope that is felt by the poorest of the poor, specifically in the BARMM Region:

Jorge “Jerry” Perez de Tagle, based in the US and the Philippines, is the author for three books and co-author of another three books; is a change management consultant for the private and public sector. He taught at Syracuse University, New York and has his PhD in Social Change, Honoris Causa, and is a PhD Candidate in Organization Development. He was one of the 10 Outstanding Entrepreneurs in 2009 and is now the National Chairman of The Way To Happiness Philippines Foundation, and is the Vice President for Global Outreach with the US Federation of Philippine American Chamber of Commerce.