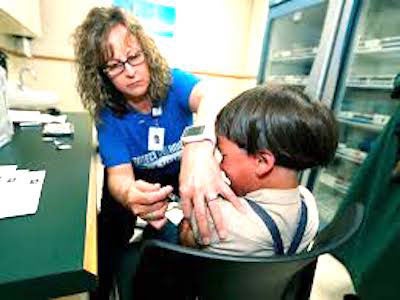 Two notable immunization trends emerged with the passage of California’s vaccine law which took effect in July 2016. Under SB 277 parents can no longer cite personal beliefs as a reason to not vaccinate their children. Since then, immunization rates increased overall and reached a key threshold statewide, according to Kidsdata.org.

Trend 1: The state has achieved herd immunity for the most contagious diseases, including measles. In 2019, 95% of California kindergartners were immunized against vaccine-preventable diseases. However, 27 counties have not reached the 95% threshold, among counties with data.

Trend 2: The number of exemptions for personal beliefs dropped precipitously from a high in 2014 of 16,817, in accordance with the law. In contrast, exemptions for permanent medical reasons increased from 991 in 2014 to 4,812 in 2019.