For those who have short memories very short the previous time the Rams and Saints met was in the NFC championship game in the Big Easy.
New Orleans was victimized by a blatant officiating non-call that led to a rules change allowing pass interference to be part of the video review system.

The echoes of “We was robbed!” still reverberate in the Superdome.

So the Saints won’t need any extra motivation when they visit Los Angeles in a stellar early-season matchup.
Even if they are trying to downplay the unforgettably painful memories. “Still haven’t, never will.
When you say forgotten about, you have to find a way to compartmentalize it to where you can move on in a positive way, so I found a way to do that,” Drew Brees said.
“But as far as just the events, you live and learn and sometimes things don’t go your way, and you’ve got to find a way to come out better on the other side.”

Saints coach Sean Payton stressed these teams are not the same.

“It feels like it was a long time ago,” he said of the NFC title match.
“It’s part of our game.
These are two different teams now, a lot of roster moves from last year to this year.
We’re playing each other early in the season, so it doesn’t feel like that many games ago relative to the distance between when we played.
You’re looking at two different teams.” While it’s far too early to call this a game for NFC supremacy, the Saints and Rams should be among the conference elite.

“I think our players, our coaches know the level of urgency that’s going to be needed for us to be at our best in order to give ourselves a chance to compete and hopefully come out of this thing 2-0,” Rams coach Sean McVay said. 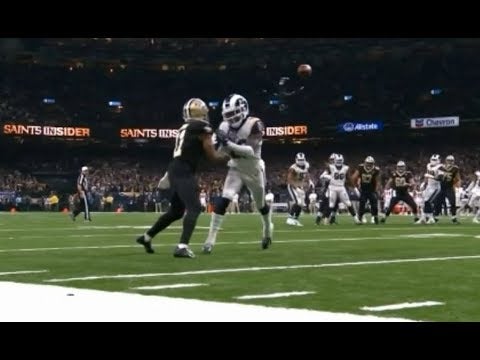 The second week began Thursday night with Tampa Bay’s victory over North Carolina in a game that ended early Friday after being delayed 25 minutes in the first quarter because of lightning.

Jameis Winston threw for 208 yards and a touchdown and Tampa Bay held Cam Newton in check and came up with a late goal-line stand to give coach Bruce Arians his first victory with the team. 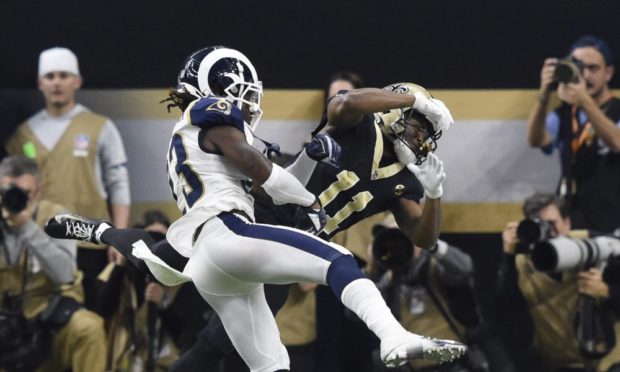 A pair of retooling clubs that, for one week at least, looked as if they were headed in opposite directions.

The Seahawks struggled to beat Cincinnati but showed the elements of being a contender, particularly their fortitude in coming back.
Seattle is 2-7 in Pittsburgh, outscored 45-0 in the past two trips in 2007 and 2011.

It’s difficult to believe the Steelers won’t rebound from their abysmal performance in Foxborough.
Maybe they need a bit of that fortitude Seattle displayed. “I like to think everything just flew off and everything was wrong so we can say ‘That’s not going to happen again,'” defensive tackle Cam Heyward said.
“But we did some things right.
Not every play was minus, but I’m going to treat it like every play was.”

Both teams were far more impressive in their openers than predicted. The Colts took the Chargers to overtime, while the Titans manhandled the Browns in Cleveland.

Andrew Luck held mastery over Tennessee, and Indy has won 13 of the last 15 meetings.
Of course, Luck is retired, and the only two Titans win in that span came with current quarterback Jacoby Brissett behind center.
Watch for Marlon Mack, who had a career-high 174 yards rushing at LA and leads the league. 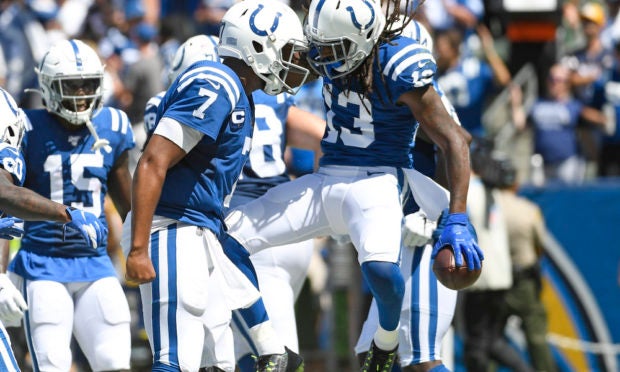 The Titans are retiring Nos. 27 and 9 for Eddie George and the late Steve McNair at halftime, the first 9 and 27 retired by any NFL team.

Two more clubs that had solid debuts beyond expectations.
San Francisco used two pick-6s to beat Tampa Bay, and the Bengals gave Seattle all it could handle before a one-point road loss.

The 49ers have the highest winning percentage vs. Cincinnati of any NFL team, and last opened a season with two road wins in 1989.
They worked out at Youngstown State to avoid a second straight cross-country flight. 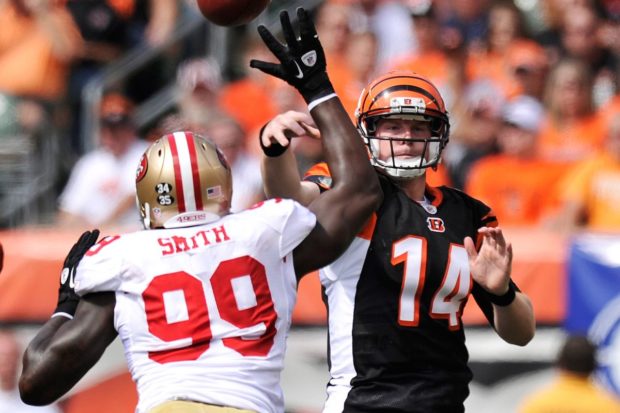 One of the great rivalries in sports, dating back to the AFL days. KC leads the series 65-53-2 and has won eight of the past nine.

But the Chiefs will be without injured star wideout Tyreek Hill, though Sammy Watkins was spectacular against Jacksonville with nine catches for 198 yards and three touchdowns.

The Raiders had an offensive standout in their win over Denver, too.
First-round draft pick Josh Jacobs ran 23 times for 85 yards and two touchdowns also caught a 28-yard pass that set up a touchdown.

“This man wasn’t really the feature back at Alabama.
He’s not drawing from a lot of experience,” coach Jon Gruden said.
“I’m anxious to see how he feels … after 24 touches because we’d like to get him 24 more next week.”

Another terrific and historic rivalry that has taken on a one-side air: Dallas has won seven of nine.

Washington got off to a nice start in Philly, then flopped in the second half. It also lost its top running back, Darrius Guice, to a right knee injury, meaning Adrian Peterson a healthy scratch last weekend figures to get some action.

No such worries for the Cowboys now that Zeke Elliott is in the fold.
He should be in better form on Sunday, too.
And the Dallas passing game ranks first in the league after toying with the Giants.

Well, it actually was 1970 and the Jets had Joe Namath and a recent Super Bowl crown, while the Browns were one of the league’s elite franchises with an enviable history.

Now? Gang Green hasn’t been back to the big game since and blew a 16-0 lead at home to Buffalo last week.
Those Browns of yesteryear now reside in Baltimore as the Ravens, and this group has made the postseason once in its reincarnation in Cleveland.

Still, the NFL wanted a redux of the first “Monday Night Football” telecast, so here we are, with a pair of clubs that basically faltered in their openers.

The Patriots have had issues in South Florida, losing five of their past six visits.
Considering how rarely Tom Brady loses anywhere, that’s striking.

There’s a catch this year: Miami has its sights on the first overall draft pick, not on-field achievements; did somebody mention tanking?
The Dolphins were humiliated by Baltimore 59-10 in the opener.

Meanwhile, Brady and Co. picked apart Pittsburgh last Sunday night, an ominous sign for the rest of the AFC, because the Steelers supposedly are a contender in the conference. 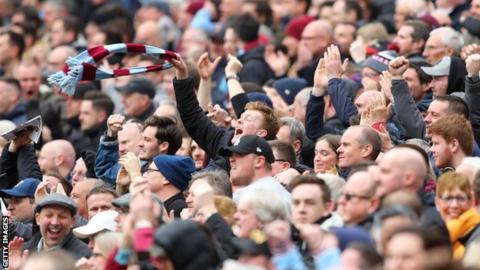 Both exciting and versatile QBs had impressive debuts.
Jackson had a career day in only his eighth pro start, completing 17 of 20 passes for five touchdowns.
Yes, it was against Miami, but those numbers stand out against anybody.

Murray rallied the Cardinals from a 24-6 deficit in the fourth quarter vs. Detroit, overcoming some early mistakes to produce tons of clutch plays.

“Once you kind of get in that rhythm, we’re going quick, everything kind of just opened up,” Murray said.
“We just got into a rhythm and we started playing better.”

The Chargers and Lions both worked overtime last week.
At least LA got the win over Indianapolis.

Austin Ekeler had the winning, 7-yard TD run and finished with a career-high 154 yards from scrimmage.
Ekeler became the first non-drafted player to have more than 150 scrimmage yards, two receiving and a rushing TD in the same game in 43 years.

Detroit has lost seven of the past eight in the series.
Its best hope Sunday might be T.J. Hockenson who had 131 yards receiving, breaking the record for a tight end in his NFL debut set 59 years ago by Monty Stickles.

DeSean Jackson’s return to Philly couldn’t have gone much better.
He made eight receptions for 154 yards and a pair of 50-plus-yard TD catches in sparking the Eagles’ rally from a 17-0 hole vs. the Redskins.

“DeSean will tell you he’s got practice speed and he’s got game speed,” coach Doug Pederson said.
“Practice speed is around 16 miles per hour and game speed is up to 22. He’s a gamer.
He’s dynamic, he’s electric, and he loves when the lights come on.
That speed is real, and we saw it on Sunday.”

What’s real with the Falcons is hard to tell after an ugly loss at Minnesota, losing the first-round pickguard Chris Lindstrom (broken foot).

Twenty-two of the past 33 regular-season meetings have been decided by seven points or fewer, including both games last season.

Aaron Rodgers has seven career games with a passer rating of 130-plus against Minnesota, the most by a quarterback against one team in NFL history.
But this one very much could be decided by the defenses.

Green Bay’s was staunch in its win at Chicago, with five sacks and lots of physicalities.
The Vikings have two picks, four sacks, and kept Matt Ryan and the Falcons off-balance in an easy win.

Vic Fangio designed the stingy and aggressive defense the Bears used last season to win the NFC North.
He’s now, at age 61, at last, a head coach, and his Broncos D, aside from linebacker Josey Jewell’s career-best 14 tackles, was anything but dominant at Oakland.

Chicago’s defense once more was very strong, this time with Chuck Pagano as the coordinator.
Edge rusher Khalil Mack had 10 sacks, three forced fumbles, 14 tackles for loss in eight career games against Denver while with Oakland.
Mack had a career-best five sacks at Denver in with Oakland.

If there’s one team that should be encouraged by an opening loss, it’s the Texans.
Yes, they prevent defense prevented victory at New Orleans, but it was Drew Brees, after all, performing magic on the other side.

Most encouraging for Houston was the spectacular combination of Deshaun Watson throwing to DeAndre Hopkins, and expect to see plenty more of that Sunday.
Star edge rusher J.J. Watt didn’t play much of a role against the Saints, so expect to see him do so this time.

Pity the Jags, who felt they cured their longstanding QB troubles by signing Nick Foles, only to lose him early in falling to Kansas City.
Just as bad, the ballyhooed D was hooey.

Despite the names, the Jets and Giants are New Jersey teams.
The Bills are the only real representative of New York state, and they woke up in the fourth quarter at the Meadowlands last Sunday to down the Jets.
They return in a rare bit of schedule to play the Giants while thinking of a Big Apple sweep.

The Giants need to upgrade the pass defense that was torn apart by Dallas and ranks dead last.
Yes, worse than Miami.