The city of Albuquerque spent nearly $1.6 million to promote a Mexico-based airline that had promised then canceled regular international flights and city officials raced behind the scenes to unsuccessfully save the direct service amid uncertainty from the Mexican company, documents revealed.

Officials in the emails tried to seek answers to rumors that Volaris was scrapping the flights despite planned media events and fanfare which included Albuquerque Mayor Tim Keller and Chihuahua, Mexico, Mayor MarÃ­a Eugenia Campos GalvÃ¡n taking a Volaris flight together. 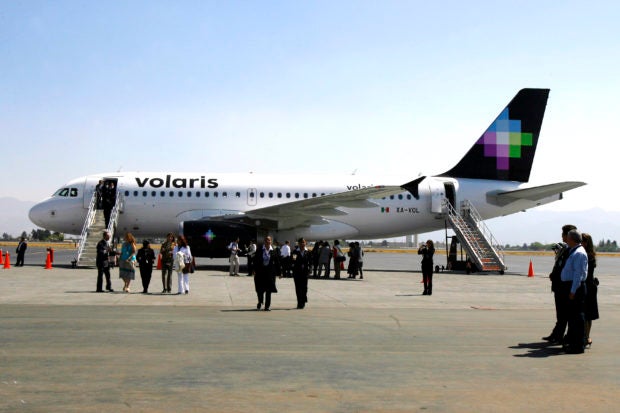 “This news (of potential cancellation) comes to us on the eve of the inaugural flight.
We have sent a delegation to Chihuahua, including the Albuquerque mayor and airport director, who plan to board the inaugural flight tomorrow,” assistant city attorney Peter Pierotti wrote in an email obtained by the Journal through a public records request.
“As you know, the City of Albuquerque has made significant preparations to announce and promote both Volaris and the Chihuahua service.”

Pierotti noted that a contract between the airline and the Sunport required Volaris to operate through at least November or repay incentives the airport had provided and that the city could pursue legal remedies.

In the end, Volaris did scrap the flight after Albuquerque refused the airline’s last-minute demand for more money.

“We wanted to salvage as much of the money that we didn’t spend on this as possible and stop everything (considering) money, reputation, everything,” said Albuquerque Aviation Director Nyika Allen, who did, in fact, fly home on a Volaris flight, although not a celebratory one.

“I think I cried,” she said in a recent interview.

It launched a nonstop service between Albuquerque and Guadalajara, Mexico, last November and announced in February plans to start the Albuquerque-Chihuahua service in June.

The Albuquerque International Sunport which had not had an international flight in nearly a decade upgraded its facilities to process passengers arriving from another country.

It spent about $700,000 to construct a “federal inspection station” and make other improvements to accommodate Volaris and an additional $400,000 on the automated passport kiosks to screen international passengers, according to a July 1 letter to Volaris from Pierotti.

The Sunport also cut other deals with Volaris through incentive programs it uses to entice new air service.

US Squeezes Cuba on Confiscated Property After 23 Years

It waived about $100,000 in rent and other airport usage fees and also spent about $270,000 on completed and contracted future marketing, according to the letter.

In a statement two weeks after the aborted news conference, the airline said it canceled its flights between Albuquerque and both Chihuahua and Guadalajara “due to low occupancy rates.”