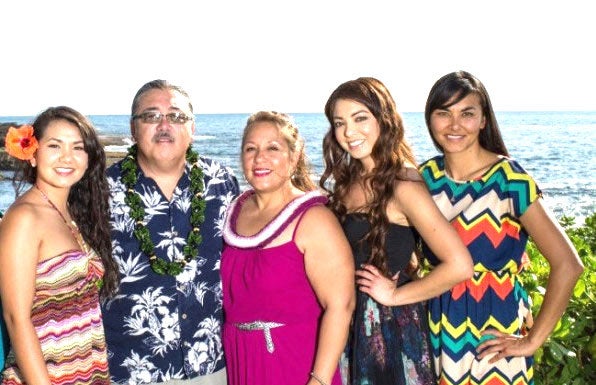 Michael Quitasol and Fernisa Sison with three of his daughters. All five perished in a dive boat fire in the Channel Islands off Southern California. FACEBOOK

LOS ANGELES – Five members of a Filipino American family from Stockton, California,  are believed to be among the 34 passengers who died in a horrific boat fire in the Channel Islands off Southern California, on Monday, September 2.

Michael Quitasol, his three daughters, Angela, Nicole and Evan, and their stepmother, Fernisa Sison, were celebrating Michael’s birthday with a Labor Day weekend diving adventure when the dive boat Conception caught fire for a still unknown cause. The fatalities were trapped in their sleeping quarters below deck whose passages were blocked by the fire.

According to a Los Angeles Times report, Quitasol’s daughter Evan was a nurse who worked in the emergency department of a Stockton-area hospital. Nicole worked as a bartender in a lounge in Coronado. Angela was a middle school science teacher with the Lincoln Unified School district in Stockton. Angela was the maid of honor at her wedding of her sister, Evita, who was married two weeks ago. Evan and Nicole were bridesmaids, their stepfather Chris Rosas told the LA Times.

Both Michael Quitasol and Fernisa Sison worked at Kaiser Permanente hospital in Central Valley, according to news reports.

As of Tuesday morning, the remains of 20 people — 11 female and 9 male — have been found. Fourteen people are still missing. Officials called off the search at 9:40 a.m. after spending roughly a day combing across 160 miles of the Pacific, the LA Times reported. Thirty-nine people were on board when the fire broke out. Officials said there was little hope of finding anyone else alive.

Crews will try to stabilize the boat so divers can safely remove the bodies of some victims, said Santa Barbara County Sheriff Bill Brown.

Five crew members, who had been awake and jumped overboard, survived the devastating fire. A sixth crew member who was asleep in the same area as the passengers is feared to be dead.