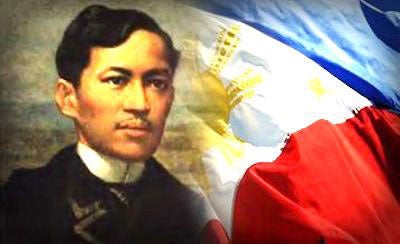 The song “Handog ng Pilipino sa Mundo” says it all. People Power, veritably a trail blazer for other dehumanized nations, was the one of our greatest edifying influence to humankind.

All because “the Filipino is worth dying for,” an indomitable belief of one man in the nobility of the Filipino soul.

When Martial Law was declared in 1972, when the cloud was darkest, when glorified brutality prevailed, and when the very people whose freedom he was fighting for seemed indifferent, Ninoy Aquino saw the silver lining and never lost faith in his fellow Filipinos.

A hundred years earlier, el Motin (Mutiny) de Cavite de 1872 was, by all account, wicked. It gave the tyrants an exaggerated reason to silence the intensifying dissidence among us. The hovering clouds were dark and scary, and it felt like evil had already triumphed over good.

FEATURED STORIES
US immigration 2020 – what’s in store for Filipinos, other immigrants
Get Rid Of a Hickey In 90 Minutes
LA school board okays Filipino Heritage and History Month

Unending strings of false accusations, unfair trials in a kangaroo court, wrongful convictions and, finally, the martyrdom by garrote of the Gomburza priests constituted an omen of deportations and more tragedies to come.

But, as wise men say, every dark cloud has a silver lining and even the worst situation has a potential to produce something positive and beneficial. Aye, a silver lining on a dark cloud is an indication that the golden sun is just behind it.

José Rizal saw the silver lining and he wanted to have the last word on the annus horribilis of 1872, as he wrote to Mariano Ponce in 1889: “Without 1872, there would not now be a Plaridel, a Jaena, a Sanciangco, nor would the brave and generous Filipino colonies exist in Europe. Without 1872 Rizal would now be a Jesuit and, instead of writing the Noli me tángere, would have written the contrary.”

From the broken necks of the executed clergy rose the aspiration for freedom by Rizal, Plaridel, Mabini, Bonifacio, inter alios, which at long last led to the first Asian declaration of independence from foreign tyranny and the establishment of the first republic in the Orient.

The old Portuguese proverb, “God writes straight with cooked lines,” coupled with uniquely Filipino resilience and optimism, is the best explanation and the best summary of our 500-year-old existence as a nation.

When asked, the current President of the Philippines said he had no plans in 2021 to celebrate the 500th anniversary of the coming of Christianity to our shores because, he said, it “started our travails, agony, and sorrow.” What he saw were the “crooked lines” and the dark clouds.

Even as he predicted that the Catholic Church would be irrelevant within 30 years, lambasting the Vicar of Christ and the Holy Trinity, and calling the saints drunkards, the Catholic Church the most hypocritical institution, the bishops thieves, and the priests gays, Pope Francis saw “God writing straight” and said that “the noble Church in the Philippines now stands among the great Catholic nations in the entire world” (November 2018).

The fact is, God so graciously gave us a beautiful land, rich with natural resources, home to internationally-recognized tropical paradise and world-class beaches, and sweet mangoes.

God made us a beautiful people inside out, always smiling even in our sufferings, having stunning Filipina beauties to boot, making all global beauty pageants boring without them.

God gave us ten million hardworking overseas laborers, talented in music and arts, such that homes and hospitals, ships and tourism, oil refineries and construction sites around the world would all be rendered paralyzed if extra-caring and dedicated Pinoys are removed from the equation.