The Saddest Story You Will Read Today

When 63-year-old Margie Reckard was killed by a gunman who opened fire at a Walmart in El Paso, Texas, earlier this month, Antonio Basco lost his entire world. So, as the man who felt so alone planned her funeral, he invited the world to join him in remembering his companion of 22 years.

Since then, condolences and orders for flowers have poured in. When her funeral is held on Friday evening in El Paso, an overflow crowd is expected.

“He felt like he was going to kind of just be by himself with this whole thing but it’s not so it’s going to be amazing,” Perches Funeral Homes director Harrison Johnson told The Associated Press on Thursday.

Johnson, who is also a pastor, will speak at the service, which was moved from one of their funeral homes to La Paz Faith Memorial & Spiritual Center to accommodate the crowd. He said vocalists and musicians have also volunteered to help, including a mariachi band. The public is also welcome at Reckard’s burial Saturday morning. 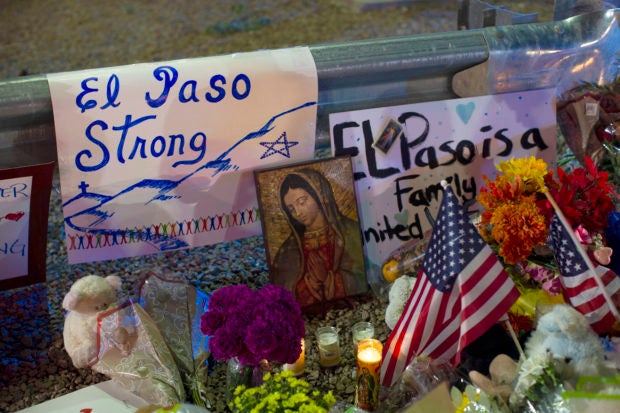 FILE – In this Aug. 4, 2019 file photo, a Virgin Mary painting, flags and flowers adorn a makeshift memorial for the victims of the mass shooting at a Walmart in El Paso, Texas. A man whose 63-year-old wife was among the Texas mass shooting victims says he has no other family and welcomes anyone wanting to attend her services in El Paso. Margie Reckard was among 22 people fatally shot on Aug. 3 at the Walmart. Reckard and Antonio Basco were married 22 years. (AP Photo/Andres Leighton, File)

Reckard had children from a previous marriage who are traveling from out of town to the funeral, Johnson said. But he said that for Basco, Reckard was “his life, his soul mate, his best friend.” The couple had a car wash business, he said.

“Probably some people have felt like Mr. Tony in a time of death â€” they felt like they were alone and nobody was around,” Johnson said.

On Tuesday, Perches posted on Facebook a photo of a bereft Basco kneeling by a candlelight memorial. The post welcomed anyone to attend Reckard’s funeral and soon drew thousands of comments and shares. Among them was Kelly Barton, 35, of Tyler, Texas. “I just wanted him to know that he wasn’t alone in it,” she told the AP.

Lisa Cano, 48, posted that she was sending prayers from California. Cano, who is from El Paso but now lives in Los Angeles, also sent flowers. 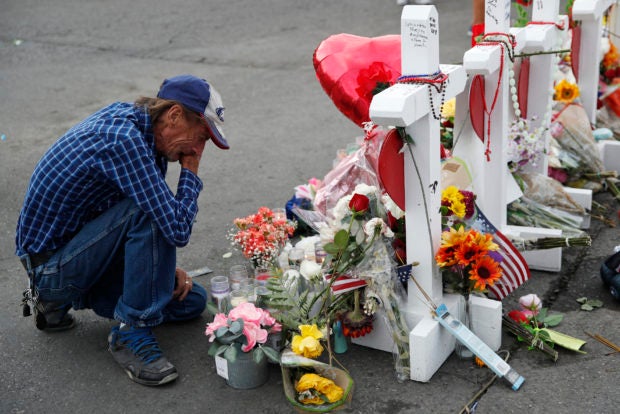 FILE – In this Aug. 6, 2019 file photo, Antonio Basco cries beside a cross at a makeshift memorial near the scene of a mass shooting at a shopping complex, in El Paso, Texas. Basco, whose 63-year-old wife was among the Texas mass shooting victims says he has no other family and welcomes anyone wanting to attend her services in El Paso. Margie Reckard was among 22 people fatally shot on Aug. 3 at the Walmart. Reckard and Basco were married 22 years. (AP Photo/John Locher, File)

“It’s good to be able to be involved and be there emotionally or spiritually for the people who are suffering. It’s just giving us something to do we want to do something,” she told the AP.

Perches are among local funeral homes offering free services for the 22 people killed. In the days after the shooting, Basco told El Paso television station KFOX that Reckard’s kindness and selflessness were incomparable. “When I met her she was an angel and she still is,” Basco said.

Her son, Harry Dean Reckard, told The New York Times that when he and his brother and sister were children, the family didn’t have much money and frequently moved. He said his mother would sometimes work at fast-food restaurants or as a hotel housekeeper to add to what her husband earned as a truck driver.

“As a kid, I just remember her feeding us and trying to provide for us the best that she could,” said Harry Dean Reckard, who lives in Omaha, Nebraska.

He said that after his father died in 1995, his mother began a relationship with Basco. The couple had moved to El Paso a few years ago. He said his mother, who had been battling Parkinson’s disease, “was loved by many.”