2019 has seen the release of several fascinating gadgets, and CES 2019 saw quite a lot. At the start of the year, top brands assembled at the huge CES electronics convention in Las Vegas to showcase their finest newest gear.

As the year has progressed, more new tech has been hinted at and launched. Some of these new gadgets might put a strain on your bank account due to their high price. However, most of them are presently affordable.

So, without further ado, here’s our list of 2019 favorite releases. Whether you want an exciting modern television for your living room or suave new wearable tech, we have you covered. 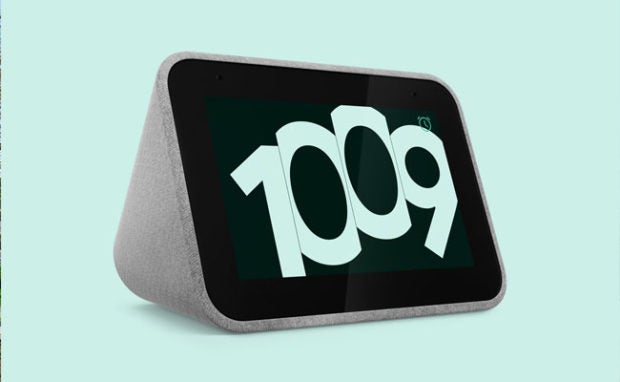 Interactive screens aren’t a new thing. With Facebook Portals and Amazon Echos and Google Hubs, we are quite versed in the interactive screen world. The selling point of Lenovo’s Smart Clock is its simplicity.

This new gadget won’t stream TV or do video conferences but it handles all the bedside issues. It charges phones, tells time and softly wakes you up with a clock face that slowly lights up before your alarm rings.

You can command it to do way more by connecting it to Google Assistant. With its heather gray case, this smart clock is a classy, compact, discreet and useful gadget to have around. 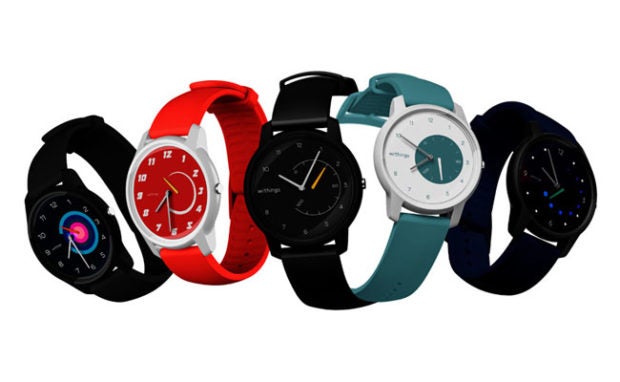 Withings Move is the new 2019 released smartwatch from Withings. It monitors your activity as well as your sleep. It comes with a GPS tracker and syncs with the Health Mate App.

A very remarkable thing about this gadget is that it can function for up to 18 months without needing a battery charge. Also, its subtle design with an analog clock face gives it a better sense of timelessness than most trackers available.

The options for customization are plentiful as well, so you can effortlessly tailor it to your taste. 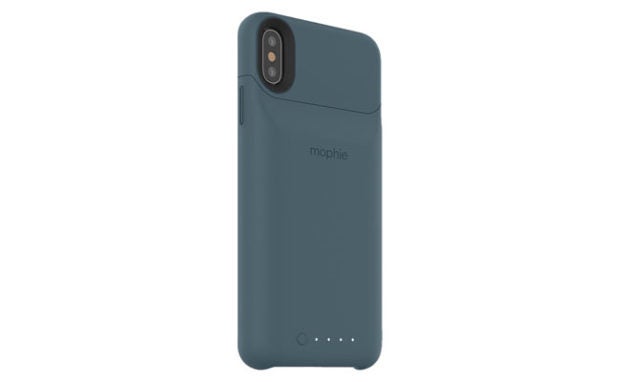 This Mophie Juice Pack Access has a strong spot among the most useful/everyday gadgets released this year.

It is a portable charging case for Apple iPhones that doesn’t cover up or make use of the Lightning port. This basically means you’re able to charge your phone while using your wired headphones.

Mophie’s Juice Pack Access obtains its power from its comprised charging cable or any Qi wireless charging pad; providing you with about 31 hours of battery life.

In spite of its somewhat sleek body, it is efficiently tough and protects your phone just fine. It can be used with Xs Max, Xs/X, and XR iPhones. 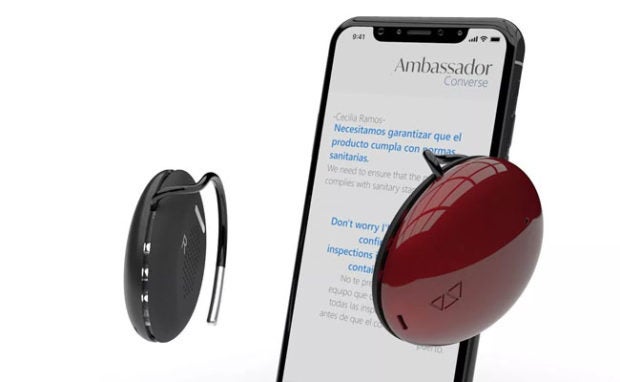 The Waverly Ambassador Translator is an audio device that translates in real-time. There are tons of ways it can be used.

In spite of that, the most helpful system is to connect one to your ear and have the other different language speaking person attach the other to their head. Then you can both converse away as the right translations play in your ears.

Although the technology is in the Indiegogo stage, getting the early version is still worth it. This mug is an answered prayer to all of us who need our coffee to kick-start the day. What it does is use internal heating technology to keep your coffee, and other beverages hot for an hour.

You can leisurely sip your coffee without needing continuous trips to the microwave. You can also steep your tea to the perfect temperature. All these are controlled through a Bluetooth connected app.

Though Ember released these mugs some time ago, this 14-ounce is a 2019 debut. 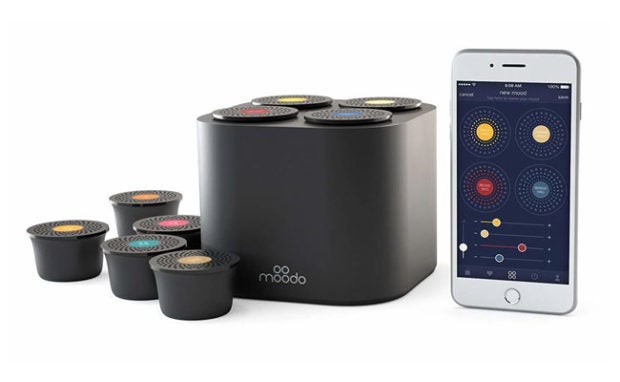 Moodo creates aroma diffusers for homes. These diffusers can be customized thanks to four switchable scent capsules and smart technology that can be regulated from afar.

This diffuser has been on the market for over a year. But this year, Moodo debuted the MoodoGo device, which can be moved around due to its miniature nature. You need just a USB power supply to get the device filling the air with nice smells.

Though the MoodoGo has just one scent capsule, it’s still a great fit for constricted desk spaces and car cup-holders.

It is not yet available for pre-ordering but you can sign up on the Moodo website to receive updates. For now, the original Moodo diffuser should do the job with its array of scent packs to select from. 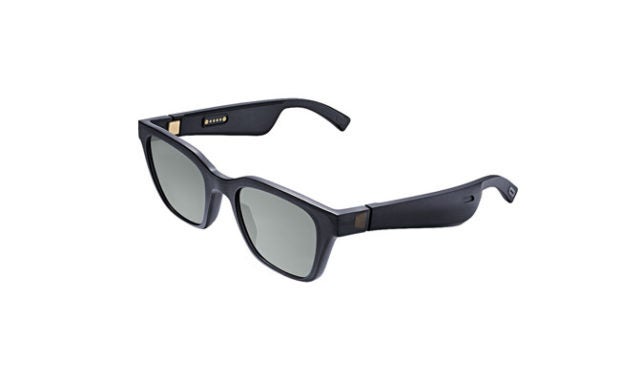 This year, Bose introduced an audio gadget that fuses two favorite things- wireless earbuds and cool sunglasses- into one. If you put on these Bose Frames while you’re outdoors on a sunny day, the frames will play music to your ears only, streaming from your phone through a Bluetooth connection. We guarantee no other person would hear your music playing as the speakers are top-notch. 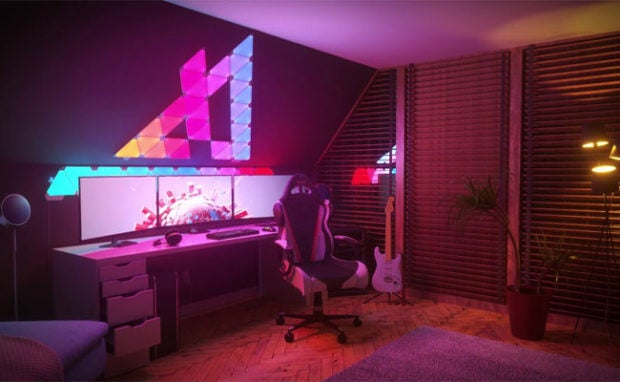 If you’re interested in futuristic home décor, get into these customizable Nanoleaf light panels. Attach a string of them onto your preferred wall design, then operate and regulate them from the app.

These light panels come with many color choices and modes as well. You can set the light panels to mimic a rising sun to wake you up in the morning, aid your concentration or react to your music playlist.

The triangular panels are available for purchase now, but the hexagonal panels will be made available by Nanoleaf at the year’s end. 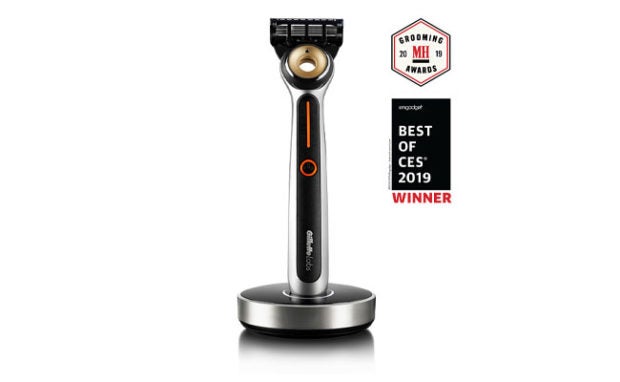 Last year, Gillette introduced this heated razor with an Indiegogo campaign and it was well-received. This widespread acceptance was likely due to it being a razor that imitates the barbershop treatment, which is a really good thing.

In under a second, the razor heats to about 122 degrees, warming skin and soap for an enhanced shave.

Gillette Heated Razors ordered during the Indiegogo showcase have been shipped and Gillette now has the commercial variety for sale. You can sign up for automatic blade refills, for as often as you feel you’ll require them. 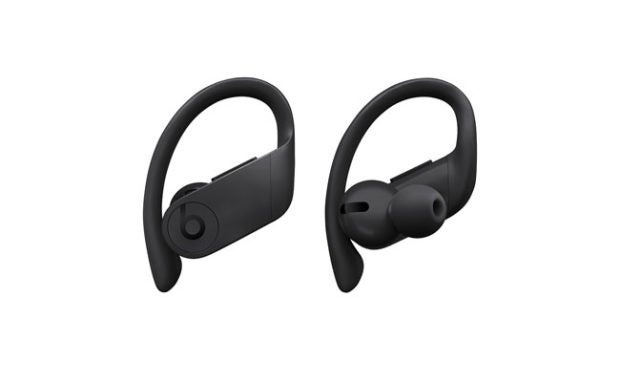 There are so many wireless sport headphones on the market but this pair is an exceptional one. It offers crisp audio and workout-suitable toughness. The controls are smooth and the battery life is incredible.

When you put on these wireless earphones, they immediately start playing your music or podcast from where it stopped. It additionally comes with a charging case. 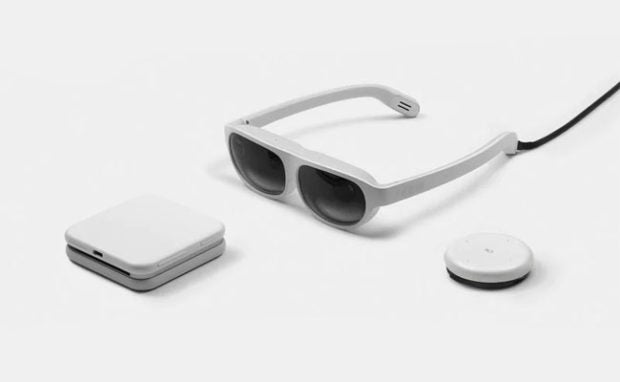 Mixed reality glasses are one of those gadgets that can be used to overlay your real world view with virtual content.

Nreal, a Chinese start-up displayed a pair that almost resembles normal streetwear glasses at the CES convention this year. These glasses were considered a great move in reality glasses technology.

Nreal’s ready-to-wear Light glasses are made to provide the wearer with an all-engaging experience with voice control, spatial sound, and a 1080p widescreen display. All these are provided without the cumbersome headset.

If mixed realities are your thing, you would have to wait till spring 2020 for the consumer version to be on the market. For now, a Developer Kit would be ready for purchase by September.

The Cheapest Electronics on Amazon

Most Innovating Gadgets of 2019 Among the released gadgets this year is the Cook Processor Connect by KitchenAid. This gadget does it all. It chops ingredients to your needed size, steams food, automatically stirs veggies as they sauté, kneads the dough, measures weight and more.

In addition, it comes encoded with 100 recipes that have step-by-step instructions that can be accessed via an app. Although its launch date and price still aren’t known, it’s expected to cost way more than $1,000. 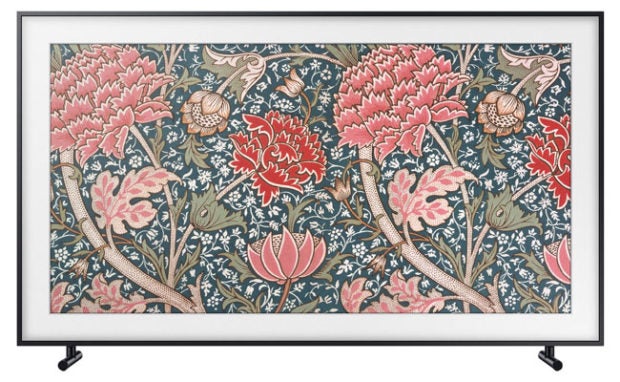 Samsung switched up its Frame TV to QLED quality for 2019. The Frame shows HD pictures and paintings when you aren’t watching TV so the wall space isn’t left empty. It’s certainly a sophisticated approach to 4K TV-watching.

For 2019, Samsung also boosted its QLED 8K collection to include 82, 75 and 65-inch screens. These are all available for purchase if you don’t mind spending a load of cash. 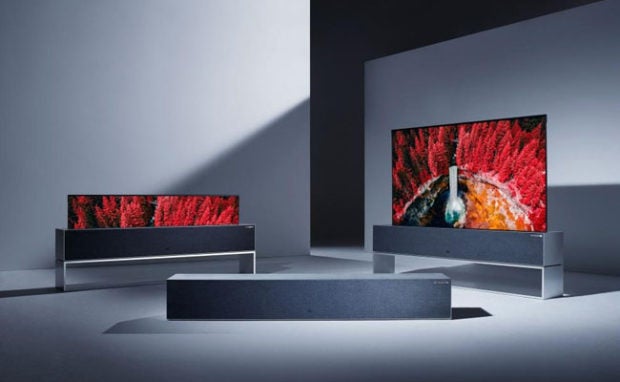 We are not kidding when we say this television rolls up. LG is releasing a new, disappearing OLED TV, which has a screen that can widen to 65 inches and then roll up into a compact box.

Its debut is slated for the second part of this year and it’s one of the most anticipated gadgets of 2019.

The price is still unknown but you would be getting a whole new incomparable 4K HDR Smart TV-watching experience. Alexa and Google Assistant will be compatible with this Smart TV. It will also have a decluttered view for when you don’t need a screen taking up your space. 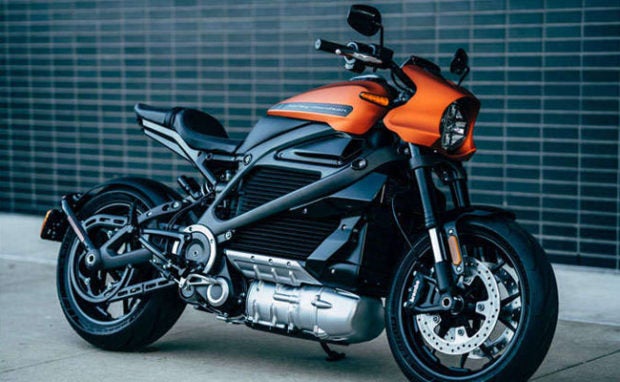 Harley-Davidson left quite an impression last year when it introduced its all-electric motorcycle called the LiveWire. Harley state the delivery date as 2019 with the motorcycle price starting at $29,799.

The Livewire is aimed at a new demographic of motorcycle riders that welcome a noiseless machine (which runs clean) for riding the urban streets.

The motorcycle isn’t manual, which means no gear-shifting or clutch for acceleration. It is a pioneer in a new generation bike intended to reignite excitement in the youth about motorcycles.