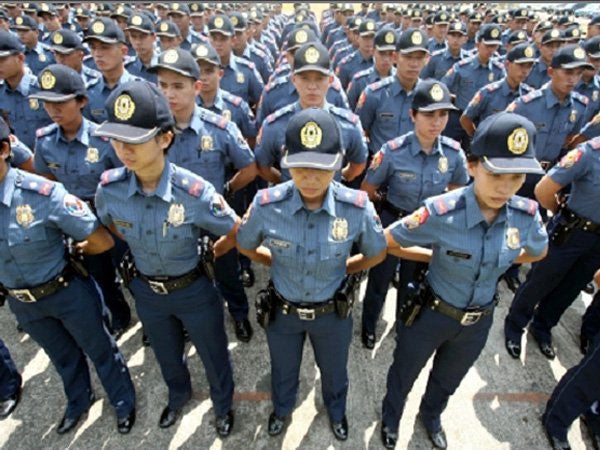 President Duterte says it’s okay for Filipino cops to accept gifts as a gesture gratitude for their service. INQUIRER FILE

As Civil Service Chair Alicia de la Rosa-Bala puts it: “Serving the public is our duty and we must give the best possible service and the extra mile without expecting anything in return.”

However, President Duterte told the Philippine National Police it’s OK to receive gifts of gratitude. RA 3019 (1960) or the Anti-Graft and Corrupt Practices Act and RA 6713 or the Code of Conduct and Ethical Standards for Public Officials and Employees (1989) says otherwise.

The next day, the Philippine National Police reminded its officers that they cannot accept gifts from the public, precisely because it’s against the law. NO GIFT is a POLICY in the Philippines because it breeds all kinds of abuses and leads to bigger graft and corrupt practices (based on empirical studies).

Insatiable greed starts with simple and petty graft. Senator Panfilo Lacson cautioned that greed is “more addicting” than drugs and no rehabilitation facility can ever cure addiction to money. It’s common Filipino experience that, almost always, gifts of gratitude lead to bribery (suhol) due to debt of gratitude (utang na loob).

Congress and governance experts have deliberated on this problem a million times and, eventually, passed laws (1960 and 1989) in order to institutionalize its enforcement. NO GIFT POLICY is therefore both legal and ethical.

So, what kind of a leader is he who promises heaven and earth to soldiers and police officers only because, instinctively, he is afraid of them, and, worse, he urges them to break the law and pledges to protect them after they break the law they were sworn to protect?

The Filipino politicians know this too well, that the most powerful moral obligation in the Filipino culture is utang na loob or debt of gratitude.

To be clear about it, there’s nothing wrong with giving and receiving gifts. However, used in the context of blind loyalty and wicked reciprocity, “utang na loob” is immoral. The political formula of reciprocity (utang na loob), built on debts (utang) and inner-self-payback tendency (na-loob), can become malicious and vicious.

Utang na loob, the genuine sense of gratitude, is good but when the beneficiaries accommodate the demands of the immoral leader, as opposed to our Filipino value of “paninindigan” (integrity) it becomes morally unacceptable. Beneficiaries of the gifts (informal settlers, vote-sellers, or police officers) often abandon “paninindigan” due to Maslow’s hierarchy of “survival” values.

“Makakain ba ang puri at dangal”? (Will pride and dignity feed me?) The belly needs to eat. Politicians know that the pocket is more important than the brain, and they take advantage of it.

Building up visible and invisible debt among constituents with suhol is downright manipulative, and therefore immoral. When politicians put their names, their father’s names, and grandfather’s names in ambulances, school buildings, and bridges, they are building up invisible debt.

Who wants informal settlers to stay? Immoral politicians who wanted to stay in power, who else. Immoral politicians are experts in machinating with squatting syndicates in maintaining squatter colonies because squatters are deep wells of massive votes.

Au contraire, a good leader would prefer to see his constituents get mad at him for relocating them in a safer place than make them stay in danger zones and die when flash floods and earthquakes come.

A moral leader builds a strong social backbone by setting up good examples. His word is his bond. Innocent and irreproachable, he or she is beyond suspicion of any graft and corruption practices, even of building up invisible debt.