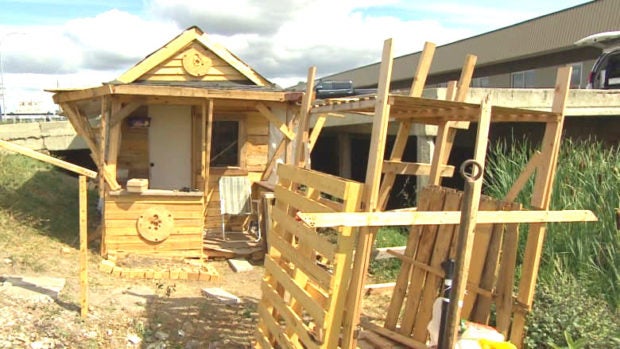 Allan Par, a homeless Filipino in Winnipeg, Canada, gained local fame after he built this elaborate homeless shack near a creek. He has flown back to Manila, thanks to a ticket donor. CBC NEWS

WINNIPEG, Manitoba — Allan Par, a homeless Filipino who recently gained local fame for building an elaborate shack beside a creek, flew back to Manila after an anonymous donor paid for plane fare.

Par, 41, who came to Winnipeg from Manila with the help of sponsors nine years ago, ended penniless and homeless after bouncing from job to job and his relationship with his sponsors turned bad.

He ended up building himself an “elaborate shack from scavenged pallet wood and other discarded materials off Empress Street, in a busy industrial and commercial area,” according to CBC News. 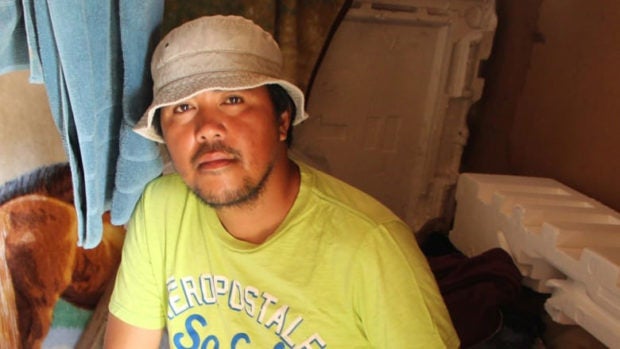 After CBC first reported on his story, Dante Aviso, a realtor and active member of Winnipeg’s Filipino community, set up a GoFundMe account. It had raised $2,580, and the anonymous donor then offered a plane ticket.

Aviso said he wanted to help because he was shocked to see a Filipino person living on the streets. “We always have work, a place to live, friends to support us,” he told CBC News.

Par was set to be one of the first people to benefit from a new partnership between the City of Winnipeg and the Main Street Project, which helps the homeless. Par expressed his wish to return home to the Philippines rather than wait for more permanent housing in Winnipeg.

Aviso said he heard a lot of criticism and judgment around Par’s story. “I think we should help people, especially in need, and please — we should not judge as to why they came to that situation. I think he became depressed and [paranoid] — that’s why he couldn’t find a job, and no one helped him,” Aviso told CBC. Aviso said he was in touch with Par’s sisters in Manila to try to make arrangements for his arrival.