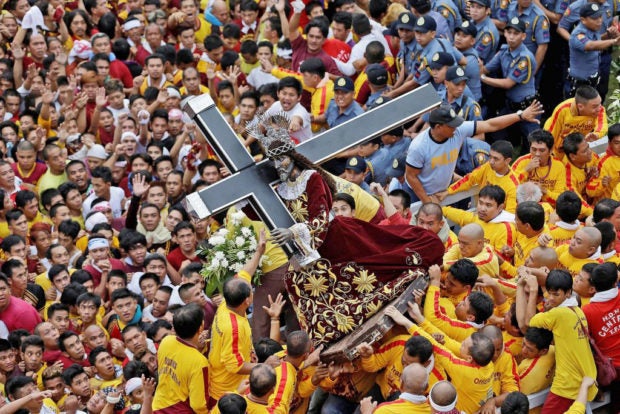 Five hundred years of Christianity and hundreds of holy Filipino bishops, priests, and religious men and women, backed by thousands of lay volunteers, continue to inspire us.

Scattered in the most difficult situations in Luzon, Visayas, and Mindanao, they do not switch off the light bulb during meditations. They believe what they read in the Gospel, teach what they believe, and practice what they teach.

Grateful, grateful for the faith as we could be—500 years Roman Catholic and 85 million baptized Filipino Christians. But, today, how meaningful really is it for us, not individually but as one Christian nation? With all due respect, our Sunday devotion is so disconnected with our day-to-day lives?

The Philippines is “the cradle of Christianity in the Far East.” I told this fact to a group of university students and one of them retorted: “Does it really matter?”

Aren’t you grateful for what Fray Andres Urdaneta, OSA, and Fray Domingo de Salazar, OP, the Philippine’s first Bishop, and the early Spanish missionaries did for us? With few human collaborators and little material resources, they shook heaven and earth to accomplish their apostolic missions, I told them. There was silence. One of them said: “We are grateful. Indeed, we are.”

I asked: Aren’t you edified by our martyrs, the Gomburza Padres, San Lorenzo Ruiz, San Pedro Calungsod and many others, who were not cowed into silence by some clear and present dangers but instead offered their dear young lives to God in the bloody altar of sacrifice? Silence.

Five hundred years Roman Catholic and 85 million registered followers of Jesus. Then one student asked: Aren’t we supposed to be moral leaders in Asia? Or, at the very least, a nation of less crooked officials? And a fun place with less EJKs? I was silent.

Five hundred years of being Katolikong Pinoy! Another one: Didn’t we use our free will and formed conscience when we elected the political dynasts with stinking records of fraud and allowed the few rich families to rule and become richer, and the poor poorer?”

And another: Don’t we have an Episcopal Commission on Catechesis and Catholic Education (ECCCE)? What happened to the thousands of hours spent, year in year out, when well-trained catechists taught Christian values and doctrines in schools and universities?

Yet another: After 500 years of long homilies in jam-packed churches, endless processions accompanied by shouting hala bira, millions of candles burned, and 500 years of Catholic education?

One student stood up and recited a line by a cardinal in the movie Godfather III: “Look at this stone. It has been in the water for a very long time, but the water has not penetrated it. Look… Perfectly dry. The same thing has happened to men in Europe. For centuries they have been surrounded by Christianity, but Christ has not penetrated. Christ doesn’t live within them.”

Another one:  An old hungry man was arrested for stealing 100-peso worth of canned goods, while more than a few public officials involved in multimillion-peso plunder cases released. “What kind of justice is this?” Black activist Assata Olugbala Shakur once lamented, “Where the poor go to prison and the rich go free?”

I was happy and sad for what I heard. Happy because students are awakened; sad because they tell us something true, and truth hurts. Was one beloved archbishop correct when said that “it is the failure of religion to make morality and ethics the foundation of all human actions and endeavors, after almost five hundred years of Gospel presence ?” (2013)

Was this ever related to the CBCP’s acknowledgement of their prophetic failure when our shepherds admitted that “we have not been effective enough in our catechesis about the faith?” (2019)

Jose Mario Bautista Maximiano (facebook.com/josemario.maximiano) is the author of 500 Years Roman Catholic (2020) and Pope Francis, the Catholic Bishop, and the Priest (Claretian, 2014), “2015 Best Book in Theology” by the Cardinal Sin Catholic Book Awards and the Catholic Mass Media Awards. Available at amazon.com.