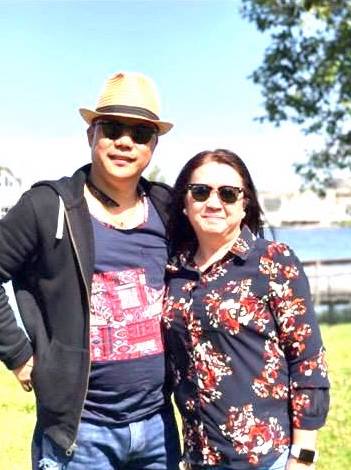 Husband and wife Tommy and MaryAnn Lacsamana differ; Tommy believes money changed hands in the CA favorable decision on Napoles, while MaryAnn cheers Napoles and wishes she would become a state witness. CONTRIBUTED

The CA12th division anchored its 35-page reversal of the Makati Regional Trial Court, written by Associate Justice Normandie B. Pizarro and concurred in by Associate Justices Samuel H. Gaerlan and Jhosep Y. Lopez on their findings that Napoles was not proved by the government prosecutors to be the person behind Luy’s detention at Bahay ni San Jose, a retreat house in Magallanes Village in Makati.

Although some Fil-Ams say it was right for Napoles to be acquitted of the detention charges, they believe it does not necessarily follow that she would be able to get off the hook on the more serious nonbailable charges of plunder, graft and malversation of public funds, among others, pending in the Sandiganbayan.

Dolly Rabang of San Jose, California contends that justice was served with Napoles’ acquittal as Luy was able to see his family and other loved ones while “allegedly” being illegally detained. 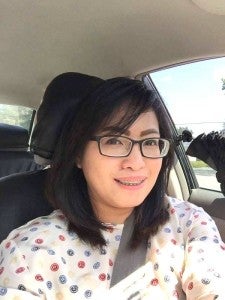 Dolly Rabang of San Jose, California trusts that the CA decision will not affect Janet Napoles’ other cases because the government has a very strong case against her. CONTRIBUTED

Rabang, however, adamantly says, “The CA decision will not affect her other nonbailable cases because the government has a very strong case against her (Napoles) being the (alleged) mastermind in plunder cases wherein corroborative evidences and witnesses were presented. President Duterte’s support for acquittal is also justified.”

Celedonia Mehr from San Gabriel, La Union and Fremont, California also agrees with the CA decision because it was proven that Luy could freely go out from the retreat house.

“However, the graft and plunder is another issue that should go to trial soon. It’s about time that the justice system should focus on this issue because the Filipino people deserves to know who robbed them,” Mehr argues.

“Napoles getting out of jail because of illegal detention case should not mar President Duterte’s image again. I strongly believe that he is full of wisdom and I’m kind of excited about the exposes that might come out of Napoles mouth.” 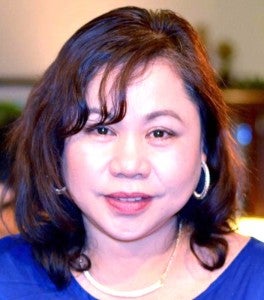 Celedonia Mehr from San Gabriel, La Union and Fremont, California contends that the graft and plunder charges against Janet Napoles should go to trial soon as the Filipino people deserve to know who robbed them. CONTRIBUTED

It is believed that Napoles may become a primary state witness after Kabayan Representative Harry Roque hinted that her acquittal may be a prelude to pinning down currently detained Senator Leila De Lima, for allegedly raising campaign funds from the Bilibid Prison drug trade when she was justice secretary.

Mary Ann Lacsamana of San Jose, California maintains that the CA decision case should not reflect on President Duterte whom she thinks is a visionary. “(That is) his cutting edge over previous elected Presidents and he will not make a decision that will affect his integrity.”

“Napoles now has the cards to reveal the truth–who are those people behind the Priority Development Assistance Fund (PDAF) scam? Speak up, Napoles and the truth will set you free,” Mary Ann urges. She cheers Napoles and hopes that she will turn state witness. Meanwhile, Tommy Lacsamana, Mary Ann’s husband, disagrees with her. Tommy believes that money may have changed hands, leading to the Napoles acquittal. “Hay nako,” Tommy giggles as he shakes his head. Either that or the deal was hatched over alcoholic drinks.”

Like Tommy Lacsamana, Apolinario Bautista of New Jersey has reservations that the CA decided the case based on merits.

Gigi Bolaños of Las Vegas also views the development with concern, finding it scary and alarming to see how easily and swiftly the justice system in the Philippines can be manipulated by the interests of just a few, “and yet, it is painstakingly slow for the millions who try to seek its remedies.” 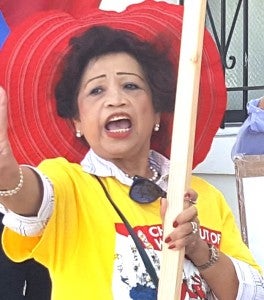 Bay Area community leader Charito Benipayo fears that with the Court of Appeals (CA) decision, other serious nonbailable charges of graft and plunder against Janet Napoles  will be swept under the carpet. INQUIRER/Jun Nucum

“I pity the ordinary Filipinos if they cannot depend in the Philippine justice system. After Napoles, will Senators Jinggoy Estrada, Bong Revilla et al soon follow?”

Equally disappointed with the decision Is longtime Bay Area broadcaster and community leader Charito Benipayo, who does not agree with the dropping of the illegal detention charge against Napoles.

“She (Napoles) has been convicted of serious illegal detention. Why drop such conviction? Justice should be served where justice belongs. Napoles is guilty as charged. For sure her other serious, nonbailable cases of graft and plunder will be swept under the carpet and be forgotten. There must be fair ruling for people (who are) guilty as Napoles is,” Benipayo stresses.

Benipayo also believes that President Duterte was not justified in agreeing with the Court of Appeals ruling. “I cannot comprehend that the charge got dropped. It will be a precedent for other thieves out there.”