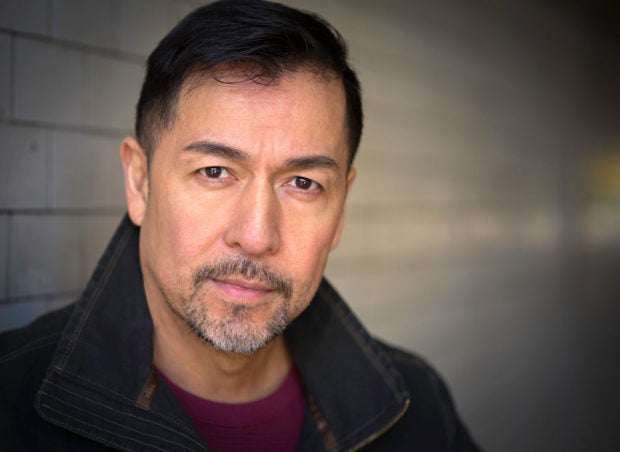 NEW YORK — A musical by writer Jessica Hagedorn based on a powerful short story with the same title by Lysley Tenorio about a Filipino faith healer will be staged by Ma-Yi Theater Company.

“Felix Starro,” whose patients used to include celebrities and big politicians, has fallen on hard times. He goes to San Francisco with his orphan grandson, Junior, for a healing mission for ailing Filipino Americans to earn some money to retire comfortably. Meanwhile, Junior meets up with a florist who arranges more than just flowers.

With music is composed by Fabian Obispo, the libretto is an adaptation by playwright and novelist Jessica Hagedorn of the short story by Tenorio, which is included in his anthology Monstress.

Helming the production is Ma-Yi’s artistic director Ralph Peña, who proclaims, “This is the first musical created by Filipino Americans to open Off Broadway.”

The musical was originally commissioned by American Conservatory Theater (ACT)’s previous artistic director Carey Perloff in San Francisco as part of her directive to adapt stories from Tenorio’s book.

ACT eventually staged two of his other stories in 2015 in the twin bill “Monstress”—one of which was adapted by Fil-Am playwright Sean San Jose. “Jessica and Fabian chose to adapt the story ‘Felix Starro’ and I directed a workshop of it at ACT. I decided to bring it to Ma-Yi as our 30th anniversary opener,” says Peña.

“It’s telling stories about family, faith, home, loss, betrayal,” describes Hagedorn, whose credits include adaptations of her own books Dogeaters and The Gangster of Love.

“There’s plenty to celebrate in reaching our 30th anniversary. We’ve made some important strides, especially in the creation of new work for the American Theater.

“The celebration also comes with the realization that there is still much work to be done, and that these last 30 years is just a small part of a long history of struggles.”

Alan Ariano will originate the role of Felix Starro. He’s been involved with the production since the developmental reading in San Francisco.

“Though it was a work-in-progress, I was impressed by how Jessica and Fabian were able to lift from the short story and give life to these characters had heart and dimension,” he says.

“I love short stories. Reading ‘Felix Starro,’ I was definitely affected by the fact that I was reading about people of my ethnic origin in a story that contained family, love and

Ariano’s credits on Broadway include “Jerome Robbins’ Broadway,” “The King and I,” “Shogun,” “M. Butterfly” and the original company of “Miss Saigon.”

Before rehearsals started for “Felix Starro,” Ariano had just finished playing the role of the architect Sam in East West Players’ (EWP) run of “Mamma Mia!” in Los Angeles.

“Booking ‘Mamma Mia!’ at EWP, I had no idea there would be a Filipino twist in the staging. As it turns out, that decision would actually work to my advantage as far as my preparation for ‘Felix Starro.’”

Ariano says that he feels it was meant to be for him to experience having a mostly Filipino American cast of actors “not hiding or ignoring their heritage and actually acknowledging it. And then having the Filipino community in Los Angeles show their appreciation of our show and what it meant to them.”

“I always believe there’s a reason for everything. To have that kind of environment within my orbit helped influence the creation process of my next character: Felix Starro.”

He says the best gift an actor can have is being given the opportunity to create a role from scratch. “I always cherish and love ‘the process’ when it comes to putting a show together, be it a play or a musical.”

“I look forward to finding Felix in collaboration with the director and the rest of the creative team. The epiphanies and occasional miracles that may come our way throughout our journey of the rehearsal process is part of the magic.

“Ultimately, finding Felix’s voice in character and song is what I’m very excited in discovering.”