5G: What is it and Hows Does it Work? | Information Technology

5G: What is it and Hows Does it Work?

There are questions about this network, and while a few understand this new breaking technology for mobile devices, some still need proper orientation. In several ways, 5G technology can change our lives and the way we perceive things; it is indeed the future we all have been waiting for.

The 5g service supersedes the other 4g technologies because it is more than just a fast-wireless mobile network. It is very reliable as it holds a lot of potential in the next coming years. Several breakthroughs come with the use of this wireless network, and we are about to look at them.

What are the breakthroughs? 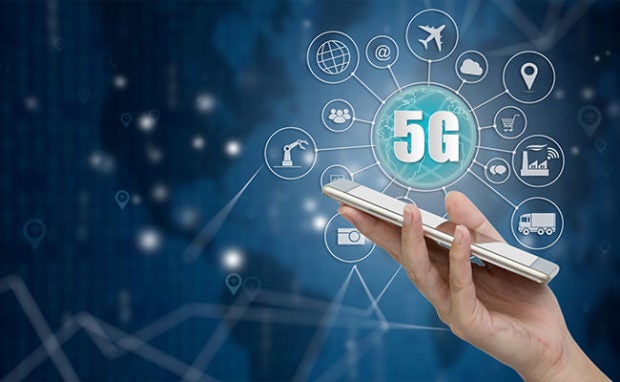 We have seen how 4g network has been used over the years in several ways, but with 5g network, things are about to be different. Its new use is more breath-taking because it would involve self-driving cars, delivery drones, and so many smart applications.

It is so exciting to see how this technology will change our lives in the years ahead. However, one thing is for sure; it is going to be very expensive, understanding the numerous qualities and characteristics it is capable of. Also, some challenges lie ahead once wireless mobile networks are launched, and with this, it is going to be very serious.

For instance, for 5g to travel over some distances based on super high-frequency airwaves, there is a need to upgrade the carrier’s system for support. This is necessary because they have been built to travel within some areas without interference such as walls, windows, etc. 4g network before now had a modification called the 4g LTE, but they are losing several resources and data daily; hence, the need for a better network. There are two significant differences between the 5g and 4g (LTE) systems. They are;

Speed: 5g brings you a broader spectrum band which allows you to download and upload data faster and better more than 4g, higher frequency bands are preferable.

Radio technology: The radio technology that comes with the 4g network is less-advanced than 5g. This has a lot to do with communication and data transfer.

How Does 5G work? There are mechanisms involved with the full operation of the 5g network, and they range from spectrum to small cells. Therefore, it is essential we talk about each of them in detail.

This new wireless network operates using three different spectrum bands, and they all contribute to the daily working mechanism. These spectrums include;

This is what everyone thinks of 5g speed when the name pops because it is high in frequency. It is also called the millimeter waves (mmWaves) with top speeds up to 10 Gbps. This, in turn, means its latency level is very low. This spectrum has a limitation, and that is the fact that it can only cover a small area as well as a significant disadvantage of interference.

The Verizon 5g, AT&T, and T-Mobile are good beneficiaries of the high-band spectrum. However, there is a need to rely on small cells, too, because of the structure of this spectrum.

This spectrum, on the other, is a little faster but with low latency when compared with high-band. Also, it is mediocre at penetrating through an interference, but it has a speed up to 1 Gbps. Sprint is a beautiful beneficiary of this spectrum, and it uses Massive MIMO and Beamforming to improve penetration and coverage, respectively.

This is the most basic spectrum, and it is fast getting depreciated in quality. Although it offers excellent coverage and high latency, the major limitation is its slow speed, i.e., 100 Mbps. Most carriers have used it in the U.S., and one of the major players of this band spectrum is T-Mobile.

When we talk about small cells as regards the 5g network, we mean low-power base stations within a geographic location often small in size. It is an assisting station that can help to improve coverage, especially for band spectrums with low penetration. However, they make sure they deliver alongside a low latency level. Verizon: Works on a higher frequency spectrum which is between 28 to 39 GHz in millimeter waves. It will be available for 20 cities in the United States this year, and it has Samsung galaxy s10 as one of its supported devices.

AT&T Holds a reputation of being the first carrier of the 5g network, and it will be available to over 15 cities in the United States. It also supports Samsung galaxy s10 G but on a probationary basis.

T-Mobile: This is one of the most reliable carriers as it offers 600 MHz for a stable connection, but ranges between 28 to 39 GHz depending on the city. It also supports Samsung Galaxy s10 5G in areas where speed is a necessity.

Sprint: Finally, one of the least carriers with enough possibilities of expanding. It can extend to about 2.5 GHz spectrum in a few larger cities. It will be using MIMO equipment on its cell towers for broader coverage.

Countries all around the world are ready to deploy 5g service behind forerunners like Korea, Japan, China, and the United States who have the proven network’s efficiency during the 5g test. However, there are key players in the form of companies who have network products to make this possible. Many of them are going to be in the form of 5g smartphones.

This company holds about 15% of all 5G carriers, which makes them one of the king-leading companies providing network benefits. They have officially launched the first 5G modem, and they aim to do more like the multigigabit 5G, A.I. and extended real-world capabilities.

When people think about Samsung, they indirectly believe in all kinds of smartphones. Well, they provide 5g home and work benefits too as a player. They provide network solutions that will be useful for Verizon, AT&T, and other carriers.

Most people know Nokia for their cellular networks, but a lot has improved over the past few years. Now, they are one of the few key players ready to bring 5g to the market. They sure have a great shot to provide 5g network equipment in conjunction with T-Mobile as a carrier.

Other key players are Huawei, ZTE, and Ericsson with each of them having their products and means of introducing to the market. We have seen a lot about 5g technology. It is high time we looked at the main advantages of this revolutionary tech, and appreciate its existence. They include;

There have been plans to make automatic vehicles, but with the introduction of 5g, there is a higher chance to have things move at a faster pace. This is the future that everyone will benefit from because there will be secure information on-road routes, road conditions, driver’s status, and lots more. It would even enhance car to car communication as well as the safety of both the vehicle and the driver.

There is nothing more important in today’s world than excellent internet connectivity, which this wireless network is about to make possible. It will change the way we interact daily, as against the slower service from the 4g and 4g LTE networks. You’ll be experiencing connectivity three times faster than the usual.

For both security and infrastructures, which are significant concerns of every state, this network is bound to bring it to an easy reach. It will allow companies, organizations to work efficiently and track usage. It will also have sensors that can help to detect natural disasters such as flood, earthquake and more

With 5g network, there is easy access to heavy machinery, which in turn makes it easy to do work without stress. Before now, many public workers haven’t had much success with the use of electronic tools/equipment, but with reasonable remote control, there is going to be a change.

Also, the benefits of this technology will extend to the health sector by improving so many things to save lives. For instance, in telemedicine and remote recovery, there is a certainty that an internet connection with enhanced mobile broadband will have a significant effect on the patient.

Finally, the most important benefit of it all is the effect on IoT. It makes it easier for people to communicate and work efficiently with speed and low latency. Smart mobile devices now have a chance to connect to one base station without hassle.

5G wireless network has come to change our lives; all we have to do is accept it open arms; it is the revolutionary moment we’ve all been waiting for.