Climate emergency, Christianity and the poor

Climate emergency, Christianity and the poor 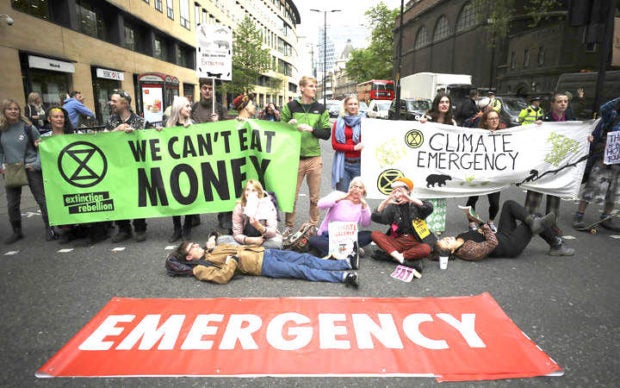 In 1988, the Filipino bishops (CBCP) came out with the world’s first pastoral letter on the environment – “What Is Happening to Our Beautiful Land?”

When Pope Francis wrote his Encyclical Laudato Si in May 2015, he cited the CBCP 1988 pastoral letter: “Who turned the wonderworld of the seas into underwater cemeteries bereft of color and life?” Nothing has changed since the 1970s, the pontiff seemed to say.

“This phenomenon is due largely to pollution which reaches the sea as the result of deforestation, agricultural monocultures, industrial waste, and destructive fishing methods, especially those using cyanide and dynamite,” added the Holy Father quoting the CBCP pastoral letter of 1988.

The ones most affected by nature’s wrath, the poor are those who cry to God for justice. “It is our moral obligation to respond to their suffering” (CBCP, Pastoral Letter, 2019). So, the Filipino bishops linked the preferential option for the poor with the environmental stewardship.

The poor are the most EXPOSED and the most undefended sector of society to the cruel effects of environmental pollution, climate change, and global warming, such as severe typhoons, fish kills, and landslides.

The results of soil erosion, land degradation, and deforestation are a decline in food production and a shortage of wood for fuel, again hitting the poor the most.

However, it’s not just the poor. It’s the future of humanity. Pope Benedict XVI connected ecology with the higher obligations to human survival: “The environment is God’s gift to everyone, and in our use of it we have a responsibility towards the poor, towards future generations and towards humanity as a whole” (2009).

Anthropocene – era of the champions for Mother Earth

Humankind, our kind, is the most crucial evolutionary force that has ever existed. As CHAMPIONS OF EVOLUTION, we, humans possess, the power to change the world—rapidly and drastically, for better or for worse.

The more we mess up with Mother Nature, the more we find ourselves in a mess. It’s both a personal and collective choice. Either we create a new environment for a better world or continue to destroy our planet by the way we live.

If we are the greatest single force ever produced in the entire evolutionary process and destined either to sustain inclusive development or destroy our planet, it is incumbent upon us to choose to become CHAMPIONS FOR CREATION. It’s a choice.

Recycle, reuse, and reduce waste, plant trees, save water, stop using plastics, carpool, use bicycle, if we must. Doing something drastic for the better before it’s too late is our last personal and most decisive choice.