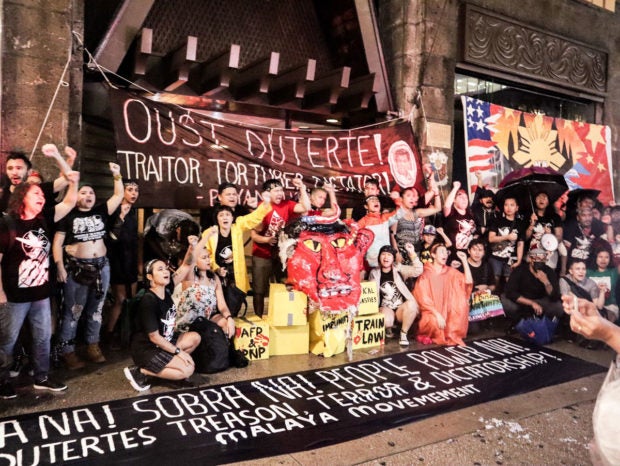 Filipino Americans belonging to groups like the Malaya Movement and the International Committee for Human Rights in the Philippines opposed to the Duterte administration in the Philippines protested in front of  Philippine Consulates in various cities on July 22.

The protests were held in several North American cities and in the Philippines on the occasion of President Rodrigo Duterte’s State of the Nation Address. Protesters denounced extrajudicial killings of drug addicts and human rights advocates, impunity and disregard for the rule of law, tolerance of corruption and subservience to China.