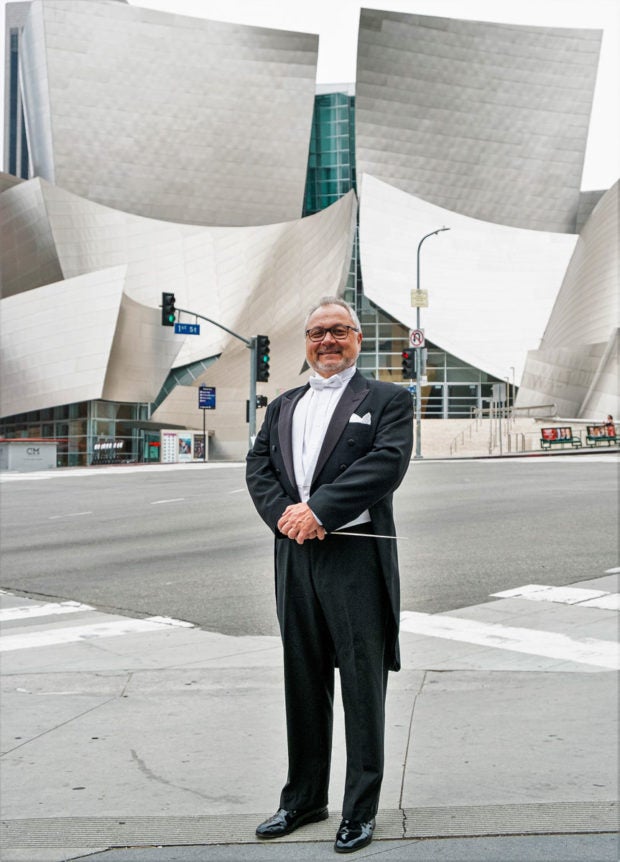 The Filipino American Symphony Orchestra’s conductor Maestro Robert “Bob” Shroder stands in front of the prestigious Walt Disney Concert Hall where the only Filipino orchestra outside the Philippines will perform on Aug. 3. RICK GAVINO

Titled “A Summer Symphony with FASO,” the concert is a major event in the 11-year history of the orchestra, the only Filipino symphony orchestra outside of the Philippines, which has become a vital Filipino American cultural institution. Many of the featured performers are also making their debut on the famed Walt Disney Concert Hall stage, home of the Los Angeles Philharmonic Orchestra. 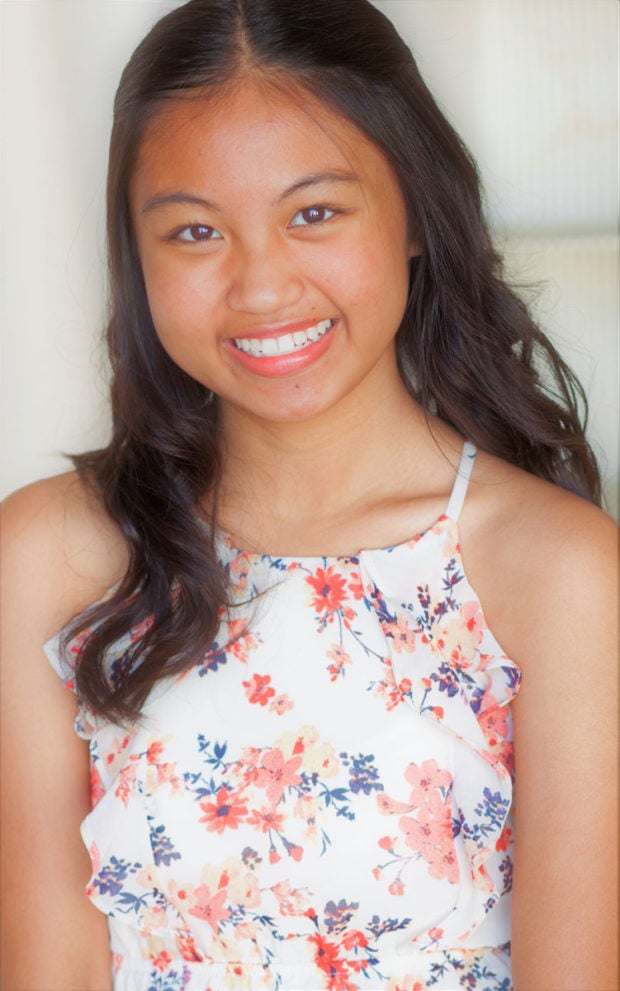 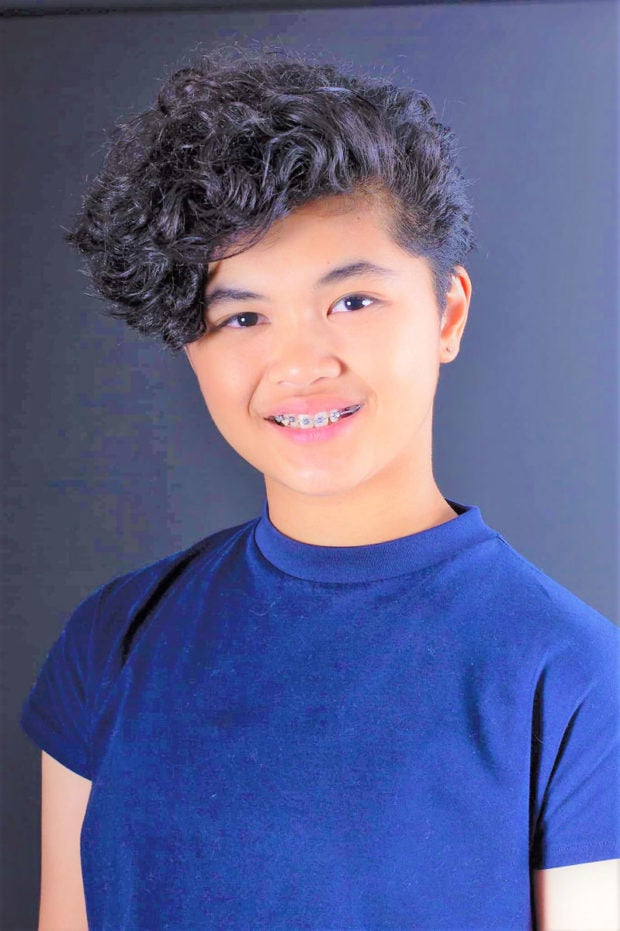 Also performing is the previously announced Brycen Hall, who will be joined by his parents, musical theater stalwarts Deedee Magno Hall and Cliffton Hall, in a special number.

Nichole Aye, who started playing the violin at the age of five, is a recipient of the Herbert Zipper Scholarship at the Colburn School. Nichole performs in various recitals and has won awards in the Classics Alive Young Artists National Auditions and from the American String Teachers Association. 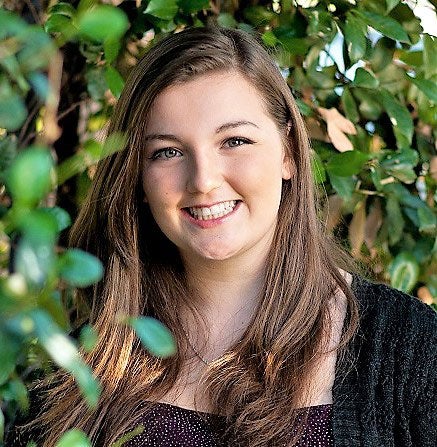 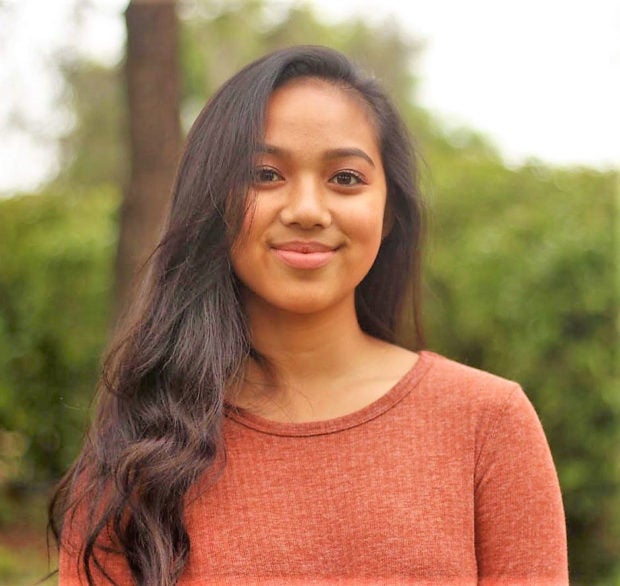 Erica Delos Santos, who has been playing the violin since the age of six, has performed as a guest soloist with the Pasadena Student Youth Orchestra and has played as concert master in performances at the Carnegie Hall and the White House. She is currently studying music at the Colburn School and is a member of their Student Youth Orchestra.

Samantha Morelos has been part of the California School of the Arts’ (CSARTS) Musical Theatre Conservatory inaugural class since it opened two years ago. In the first all-school musical of CSARTS in January 2018, where all grade levels across conservatories from 7th to 12th grade auditioned for “Pippin,” Samantha proved herself worthy of being in the ranks of high school students and professional child actors when she was cast as Pippin at 12 years old. Samantha’s casting broke gender and age barriers. 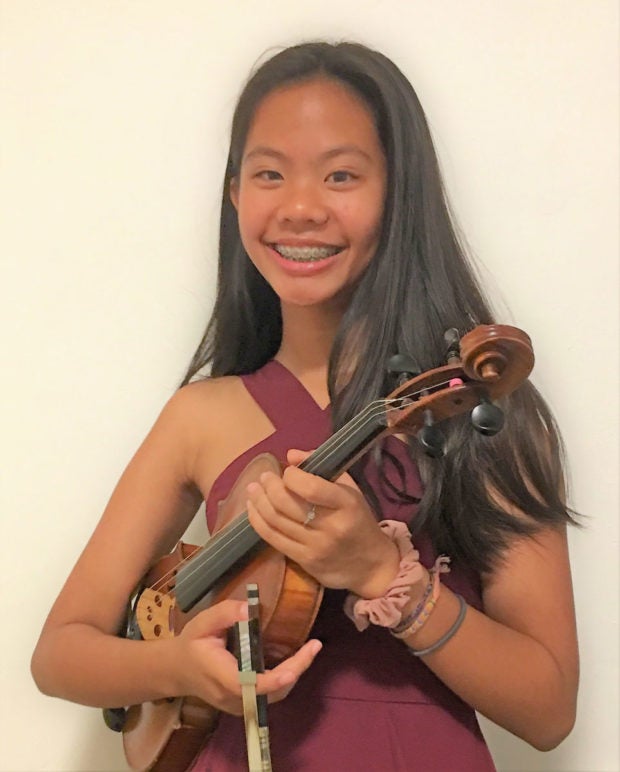 Anastazya Reoma was singing Celine Dion songs as early as when she was three years old. She learned to play the piano at the age of five, plays the drums and taught herself to play the ukulele. Currently a signed talent of Impact Talent Group in Hollywood, she has appeared in Nickelodeon and Walmart TV commercials.

Carly Rhoades is a recording artist, songwriter, winner of several Sacramento singing contests, and is in-demand to sing in various local events. This year, she co-wrote, recorded and released an original song called “In My Dreams.” She sang her original song in remembrance of fallen heroes during this year’s Memorial Day.

The FASO Youth String Ensemble is a product of the orchestra’s education and outreach program. FASO started this ensemble of about 40 children in September 2018. The orchestra invested in violins to provide free access to the children who do not have the instrument. FASO, a non-profit organization, provided string classes to the children, none of whom have played a violin before.

The special evening’s guest performers will also include the UST Singers Alumni, composed of former members of the University of Santo Tomas’ award-winning mixed choral ensemble, and the Los Angeles Vocal Artists (LAVA), a mixed ensemble that has quickly earned recognition since it was formed in March 2018.

Expected to be a rousing highlight is a performance of Freddie Mercury’s “Bohemian Rhapsody,” featuring the combined majestic voices of the UST Singers Alumni and LAVA performing with the 73-piece orchestra, amid the state-of-the-art acoustics of the hardwood-paneled Walt Disney Concert Hall main auditorium.

Also in the program is “Overture of Philippine Folk Songs,” arranged by American composer and arranger Bernard Green, considered one of the best orchestra arrangements of Filipino folk songs.

“Vocalises on Morricone,” arranged by Professor Fidel Calalang, Jr., will be a musical ode to Ennio Morricone, the Italian composer of memorable scores for cinema and television.

Saunder Choi’s orchestral arrangement of “Leron, Leron Sinta,” the timeless, beloved Philippine folk song, will also be performed. Many more enthralling musical numbers are in store for concertgoers who will be there when the Filipino-American orchestra makes history on the night of August 3.

Tickets are available online at https://www.musiccenter.org/tickets/Visiting-Artists/filipino-american-symphony-orchestra/. Tickets are also available by phone at (323) 850-2000 from 10 a.m. to 6 p.m. and at the Walt Disney Concert Hall box office on 111 S. Grand Avenue, Los Angeles 90012 (corner First Street). Window hours are from 12 p.m. to 6 p.m., Tuesday to Sunday (closed Monday).

With box office validation, patrons may park free for 30 minutes in the Walt Disney Concert Hall parking garage for box office transactions. More information about FASO is available at www.fasofoundation.org.