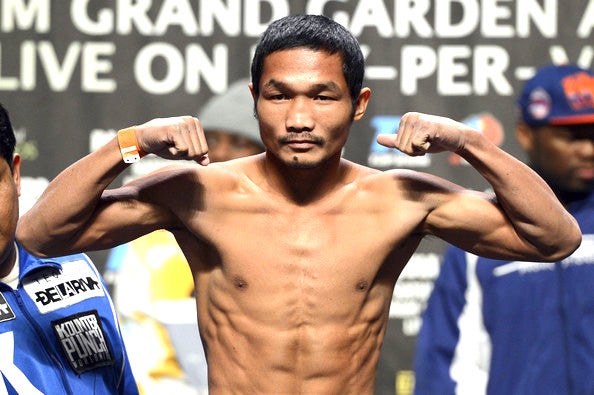 Michael “Hammer Fist” Farenas is coming back into the ring. CONTRIBUTED

COSTA MESA, California — They say it’s never is too late to start a comeback, and for lightweight contender Michael Farenas (44-5-4, 33 KOs), the comeback starts Thursday, June 1, when he enters the ring for the first time in nearly two years.

The eight-round bout will take place on Roy Englebrecht’s “Fight Club OC” show in The Hangar at the in Costa Mesa, California.

Having fought some of the top Jr. lightweights out there over the past five years, which include Yuriorkis Gamboa, Jose Padraza, and Fernando Beltran to name a few, Farenas believes he still has some gas left in his tank.

“It’s been a long journey to get back in the ring, but now that time has come,” said Farenas. “I’m in great shape and I feel my skill and experience will help me in my comeback.”

Wiith new managers Bill Halkias and Germaine Gillies crafting his career and new trainers Marvin Somodio and Jesse Arevalo in his corner, Farenas will have another opportunity to slug his way to a world title.

“This bout will take place at one hundred and forty pounds, but my plan is to campaign at lightweight,” said Farenas, who fought Takashi Uchiyama for the WBA World super featherweight title. “I know with hard work, I can make another run toward another world title.”

Under new management and a new trainer, “Hammer Fist” as he is called, will try to bring that Filipino fighting spirit back into his career.

Tickets for the Thursday, June 1st Fight Club OC show in The Hangar at the OC Fair & Event Center in Costa Mesa, CA are on sale at www.fightcluboc.com.