Fil-Ams sound off on Robredo resignation with conflicting views 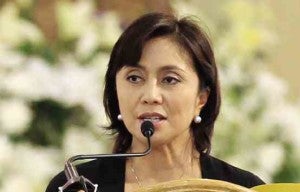 SAN FRANCISCO — Filipino Americans expressed conflicting views on the resignation of Vice President Leni Robredo as a member of President Rodrigo Duterte’s cabinet in her capacity as head of the Housing and Urban Development Coordinating Council (HUDCC).

Fil-Ams have continued to keep abreast of current political events in the Philippines, and the Robredo resignation was one of these that they have opinions on.

CJ Manalo-Page from Southern California says the resignation of Robredo may actually be the catalyst that would awaken the Filipino people from indifference. She also thinks Duterte has already had this scenario planned even long before the elections as “it was clear that he doesn’t plan to stay long in power and would give the presidency to Bongbong Marcos.” 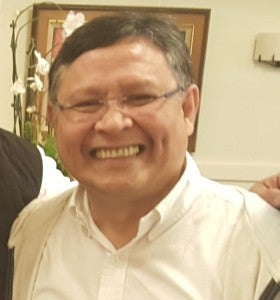 Coalition for Duterte spokesperson, Adnan Alonto, thinks VP Robredo’s resignation from the cabinet was the right thing to do. INQUIRER FILE

“The jokes (of Duterte) were telling — they have been plotting all along. Robredo tried to support the president, but he kept pushing her to a corner. For so long, I read comments of people questioning her loyalty, questioning her stand. And she finally stood up and stood her ground.

Manalo-Page says further: “She is being bullied by the president and his cohorts. And it was not proper to send a text message to Robredo to desist from attending cabinet meetings. It shows how boorish he is. If he can do that to people with positions, imagine how he treats the ordinary people whom he swore to serve. There is no valid excuse for his actions.”

Rad Abarrientos of Daly City echoes Manalo-Page: “Text not from Duterte himself? It only shows how perverse the behavior of this man is. Why a text should be coming from a fellow cabinet member, instead of him advising her. This is an uncalled behavior in a gentleman to a lady.”

On the other hand, US Pinoys for Real Change in the Philippines Chairperson Atty. Arnedo S. Valera maintains that as “alter egos” of the President cabinet members serve at his pleasure, but firing a cabinet member is a rarity.

“The common practice is for you resign or be given a graceful exit…It wasis an unholy marriage doomed to fail because of irreconcilable differences. And President Duterte has the absolute authority to flatly fire her as a Cabinet and even as VP to exclude her from his meetings. The President can inform her 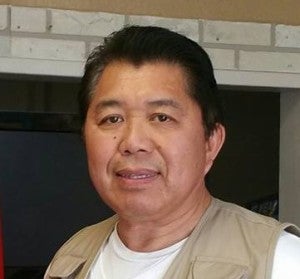 Rad Abarrientos found it improper for Robredo to be notified to desist from attending cabinet meetings through a text message. CONTRIBUTED

cabinet member or VP Robredo to desist from further attending cabinet meetings by any means including texting in your private phone number. In our modern technological times, that is an acceptable form of communication.”

Valera adds that since Duterte has bold programs for change, the Cabinet must sail in one direction and if the differences becomes politically untenable and is not serving well the Presidency and the nation, a courtesy resignation should be extended.

Coalition for Duterte spokesperson Adnan Alonto backs Valera, saying that cohesiveness, teamwork and trust are hallmarks of a good administration and anything less than these qualities can threaten its efficiency and effectiveness.

“It is clear that VP Leni’s continued stay as a cabinet member has become untenable because of her views contrary to the president’s. Her resignation was not only justified, it was the decent thing to do. It should have been done much earlier when she began making her views inconsistent with the president’s public. I’m glad she realized the propriety of her actions now,” Alonto claims.

As for the alleged plot to put Bongbong Marcos in the vice presidency, Alonto says, “My understanding is that an electoral protest has been formally filed with the PET. This is a process provided for by the Constitution and existing laws. I refuse to characterize this proceeding as a ‘plot,’ as this is a legal remedy and not a sinister plan to unseat her as VP. She should be made to explain the details of an alleged ‘plot.’ Otherwise, her words will be treated as political propaganda.”

Duterte critics will have none of Alonto’s arguments. Mila de Guzman, author of Women Against Marcos: Stories of Filipino and Filipino American Women Who Fought A Dictator, sees a Duterte-Marcos script to unseat Robredo unfolding. 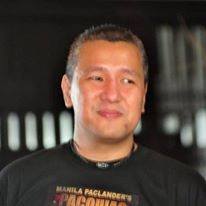 Digong Duterte supporter Edwin Lucas charges that Robredo was non-performing in the cabinet and was right in resigning. CONTRIBUTED

“From his statements during the campaign and after he became president, it’s clear that Duterte has favored Marcos to become his vice president. He said tthings like, ‘IfJh I’m not able to solve the crimes in my first 3 or 6 months in office, I’ll hand over the presidency to former Senator Bongbong Marcos even thohgh Alan Cayetano was his VP candidate, or I don’t want to appoint Leni to the cabinet because I don’t want to offend Marcos, or I owe Imee (Marcos, Bongbong’s sister) a lot because she funded my campaign,” de Guzman contends.

Finally, de Guzman says, Duterte’s decision to order the burial of Marcos as a hero, a grave insult to the thousands of victims of the Marcos dictatorship, was the clearest indication that he was bent on restoring the Marcoses to Malacanang.”

Northern California Duterte supporters leader Kelly Dayag insists that Robredo cannot claim an office that does not belong to her: “I really believe she was not the elected and legitimate vice president. It is good that she resigned, she cannot be officially be a part of the Duterte government as she castigated the president ,and showed different opinion in the media. That doesn’t speak well of her. I’m glad she resigned, at least she showed her true colors and intentions early on. You cannot serve two masters at the same time. At least she has delicadeza,” Dayag declared.

Supporters of Robredo, however, believe that the Duterte administration had been frustrating all her efforts — cutting her budget, ignoring her recommendations for appointments, and refusing to take measures to make the department more effective and advance her projects as housing chief.

Atty Ted Laguatan, one of the first to call for the resignation of President Duterte assumes that Robredo’s stands that ran counter to Duterte’s particularly on extra judicial killings and Marcos burial were too much for the administration to bear.

“Duterte admits being an admirer of the late dictator and having received campaign funds from the Marcoses. He shows respect for them but not for the many victims of the dictator Marcos. Every decent human being should correctly criticize Duterte for his immoral actions, which Robredo did. But Duterte does not tolerate criticisms against him,” Laguatan says.

He added: “Robredo’s forced resignation adds to the global image of Duterte as an unstable unfit morally bankrupt serial murderer leader who resorts to personal vendettas against his critics.”

Ronnie B. of New Jersey thinks that the Robredo resignation is bad news for Duterte as the political opposition now has a stronger leader in Robredo who was set-up in her HUDCC job to fail.

“Duterte is obviously manipulating everything slowly, acting like a dictator and I can see another political revolution because he has no morals and the guts. He obviously cannot run this country and all he did was liberate all the cockroaches,” Ronnie B. contends. 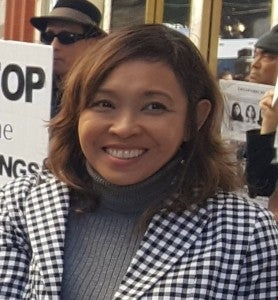 Vivian Zalvidea-Araullo wonders if the plot to eventually install Bongbong Marcos as Vice President will be accepted by the Filipino people. INQUIRER FILE

West Bay Filipino Multi-services Center Executive Director Vivian Zalvidea-Araullo also points to recent events as parts of a plot to, “at the very least, strip Robredo of power and at the most, replace her with another Vice President, obviously Ferdinand Marcos Jr.”

“What we see unfolding in Malacanang are strategic but not particularly brilliant or original moves to bring the country back under strongman rule,” Araullo contends.

The questions are, she says, “Can Duterte withstand the erosion of political capital through his association with Marcos? Is a Marcos presidency or vice presidency really politically viable? Will the above scenarios trigger another people-led uprising? Will the military and police cooperate, or will there be drawn-out armed struggle?” asks Araullo.