Filipino in Toronto arrested for alleged sex abuse of children

Filipino in Toronto arrested for alleged sex abuse of children 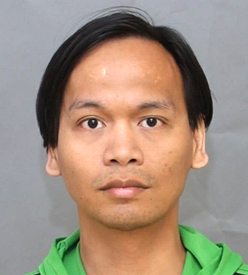 TORONTO – A Filipino was arrested for allegedly luring at least three small children at two Filipino churches over the past year, assaulting them, recording his actions, and sharing them online.

Facebook reportedly contacted American law enforcement with information on someone using its service to trade and share videos and images of the sexual abuse of children. The Americans then contacted the RCMP, who then notified Toronto police. The latter raided a home in the Bathurst Street and Sheppard Avenue West area on June 12, and seized a number of devices, according to CTV News.

Police said Claveria met his alleged victims at two churches in 2018, Word and Life Christian Assembly on Coldstream Avenue and Jesus Reigns Forever International Ministry on Finch Avenue West. Authorities said some of the video evidence show some of the assaults taking place inside the churches. Police have identified at least 3 of the victims and informed the pastors at each church.