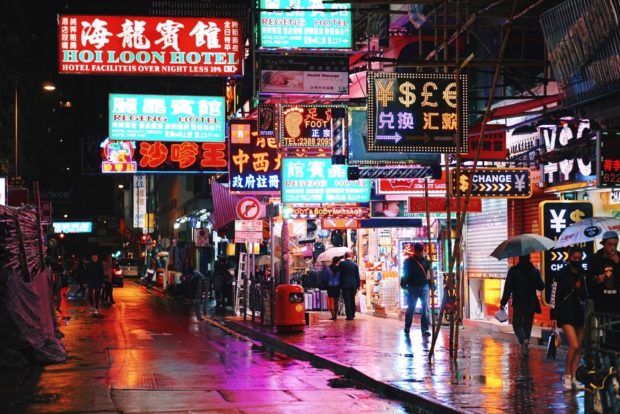 Asia is considered to be one of the world’s fastest-growing economies according to financial experts. Now, investors should note that there are several factors from 2019 that haven’t been taken into consideration yet, and one of which is the most recent trade war between US and China.

While both countries are losing from this trade war, China’s neighboring countries such as Singapore and Malaysia could be gaining from the country’s loss. Countries belonging to the Southeast sector are poised to attract various firms who’re worried about China’s erratic stability on top of the country’s rising tensions and tariffs.

From a global perspective, the economy is slowing down, but it doesn’t necessarily mean that nowhere is safe to invest. A few places in Asia have not experienced a recession for over 20 years and continue to have strong foundations to this day.

Asia possesses the largest shares of the SEZ or Special Economic Zones in the world. Out of 5,400 countries within the SEZ, 4,000 of those are the developing countries in Asia. These zones are intended to support and attract specific industries namely natural resource processing, manufacturing, and even technology-intensive industries to support the host countries’ structural transformation.

China hosts the highest number with 2,500, with the Southeast Asian countries hosting more than 700. South Asia hosts 450 zones and West Asia hosts more than 200 zones. China has the largest number mostly because of its continued experiments with policies in large area zones as well as relaxed foreign ownership in selected sectors such as finance and health care to draw in investments. Other countries are following suit to build more SEZ’s, with the Southeast Asian countries planning to add 200 more zones. India, Pakistan, and Bangladesh are looking to add 200 more. Countries such as the Philippines, Korea, and India are keen on Information and Technology zones while western Asia favors service-related zones.

Why Invest In Asia?

Asia Is Home To a Younger Population

All factors that contribute to a growing economy

China is now considered the world’s leading luxury market because the young professionals are more concerned with status and having “badges of success” such as luxury cars and handbags are what’s hot for the demographic. Chinese millionaires are also younger than their Western counterparts as research shows that the former’s wealth is acquired through private enterprise compared to state-owned businesses.

Even with countries that are part of the developed world, many still indebted. More money is still spent on reducing these deficits, so less money is spent on education, infrastructure, and healthcare. Meanwhile, Asian economies continue to grow rapidly, most especially China, because as mentioned in the first paragraph, there’s more focus on private consumption to boost economic factors that developed countries are undermining. Countries like China have rising wages, personal credit growth, and high savings rates, paving the way for consumer propensity to spend at an increasing rate.

Compared to Western countries, there are lesser political risks in Asia. Within the last 10 years, a significant improvement has been noticed in many Asian nations. The most recent Indonesian elections and India yielded satisfactory outcomes for not only the citizens but also for foreign investors. Political cooperation between Asian countries is also improving, with the most recent development being the positive relations between Taiwan and China.

Emerging markets control a large share of global natural resources, but the spread of commodities is disproportionate. Countries that are rich in natural resources benefit from the industrialization of other emerging markets that need to increase their consumption of commodities to support their infrastructure. The most recent fall in oil price affected Russia negatively in terms of its oil and gas reserves, but at the same time, gives a positive boost to countries like China who import a majority of the energy needed.

Emerging markets are complex and varied, and not just an “end-all, be-all” region. The differences between these markets provide each investor with a sense of balance and diversification. Investors may take advantage of the opportunity to research and analyze the Asian market, while there are those that will just trust the emerging market to the experts. Companies who want to move their business to China or other Asian countries may also get in touch with a professional employer organization to help with the transition and paperwork.