That was the derogatory phrase coined a few decades back to mock perceived Filipino propensity for posing for pictures with elected officials but not holding them accountable for their promises to champion issues facing the community.

Grassroots organizers shook off the pejorative as elitist name-calling.  The catchy term did little to stop photo ops or toss the tiny fried spring rolls from the menu at Filipino events. 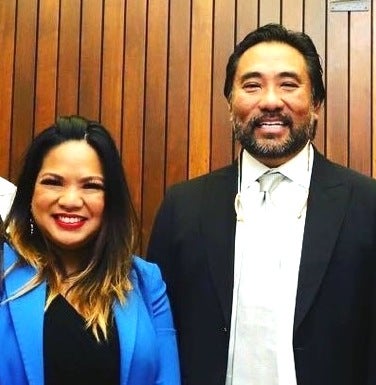 Expect the cholesterol crunch at the Filipino American Democratic Club of San Mateo County annual potluck picnic to celebrate this country’s Independence Day.  Typical Filipino food will lead the multi-culti buffet starring a bronze lechon in full smile — really — just in case anyone wonders who’s hosting the event.  That’s just fine for the new generation of politicos who have learned from their predecessors’ experience:  Serve the goodies and they will come, but be vigilant and call them out as needed.

Political celebrities and their proteges, aspirants, bankrollers and voters current and future gather for a few hours midday every 4th of July at San Bruno Park to get up close to those they choose to run their government.

This year’s event comes on the heels of the first Democratic presidential debates, the two-part exercise for 20 of the 24 hopefuls.  Who qualifies to joust with their opponents?  Those rating at least 1% in three of 18 “respected” polls by June 21 and who have raised funds from a minimum 65,000 donors inclusive of 200 each in 20 states.

With the campaign for 2020 officially on, the party hoping to reclaim the White House is in mobilizing mode.

Foremost are the leaders of FADCSM, heirs of the organization formed in the early 1980s to “empower” Filipinos, the largest Asian American population in San Mateo County.

“This picnic is a revival, an awakening,” FADCSM pioneer Perla Ibarrientos excitedly told INQUIRER.net.  “We were quiet the past years, but now we will be actively engaged to be as visible as we were in the 2008, 2012 and 2016.  We want to grow the Filipino membership and educate prospective players that participation is about hard work, not for personal glory. ” 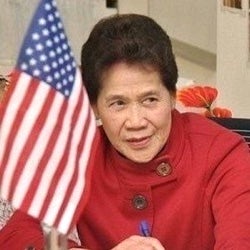 Over chicken barbecue to be contributed by newly sworn in Club president Juslyn Manalo, chow mein from vice president Rod Daus-Magbual, and adobo by secretary Joan Bonifacio, the hottest entree should be the June 25 and 26 debates and who emerged as winners with zingers and who will likely drop out.

Independence Day picnic lead organizer Ray Buenaventura is bound to share how Massachusetts Sen. Elizabeth Warren “stood out the most” for him in the first debate.

“Her answers to the questions were thoughtful, had specific with details, and were delivered in a confident manner. I liked her stories and personal history.  She came across as someone who was genuine and sincere.  She also appeared to be tough and a fighter.  I can see her matching up well against Donald Trump.  She seemed fearless,” said the current Daly City Mayor and attorney at law.

“He made several good points and appeared presidential.  He was willing to challenge the other candidates on specific policy issues and answered the questions directly,” Buenaventura observed.

The ideal leader of the free world would “be bold in their ideas and be willing to convince the American people they can succeed,” said Buenaventura, a veteran of local and county campaigns.  “Someone who will bring back honesty, integrity, and respect to the presidency (for example).  Someone who can fight and stand toe-to- toe with Donald Trump and his attacks.  Someone who the American people can relate to and be likeable. ”

Previous Daly City Mayor Manalo, who is up for re-election next year for the City Council, also gave Warren highest marks along with California Sen. Kamala Harris.  The two candidates possess the key qualities she believes would defeat the current president.

“We need someone who is bold, able to execute and have an integrated plan,” she said.

More than half of the 20 known party loyalists and frequent picnic attendees contacted by INQUIRER.net were either on vacation or otherwise preoccupied with work, volunteer or family commitments to watch either debate or share their thoughts.

A former chair of the Fil-Am State Democratic Caucus declined to weigh in at this time.  San Francisco Commission on Community Investment and Infrastructure Chair and Commissioner Marily Mondejar was flying home from Paris in preparation for the upcoming Filipina Women’s Summit. Even Ibarrientos said meetings prevented her from sitting through the blow-by-blow.

Ibarrientos, a constant delegate to the State Democratic Convention, did not catch the first debate to hear New Jersey Sen. Cory Booker and former Texas Congress Member Beto O’Rourke’s painful version of Spanish. Nor did she witness the second debate that had California Sen. Kamala Harris interrogating former Vice President Joe Biden on his collaboration with racist legislators in pursuit of bipartisanship.

A registered Democrat since the late 1970s, Ibarrientos is inclined to favor either the lawmaker with executive experience (Biden) or her home state’s chief legal officer for 8 years (Harris).  She would be happy to see a ticket with the two but isn’t ready to say which one she believes should take the top spot. 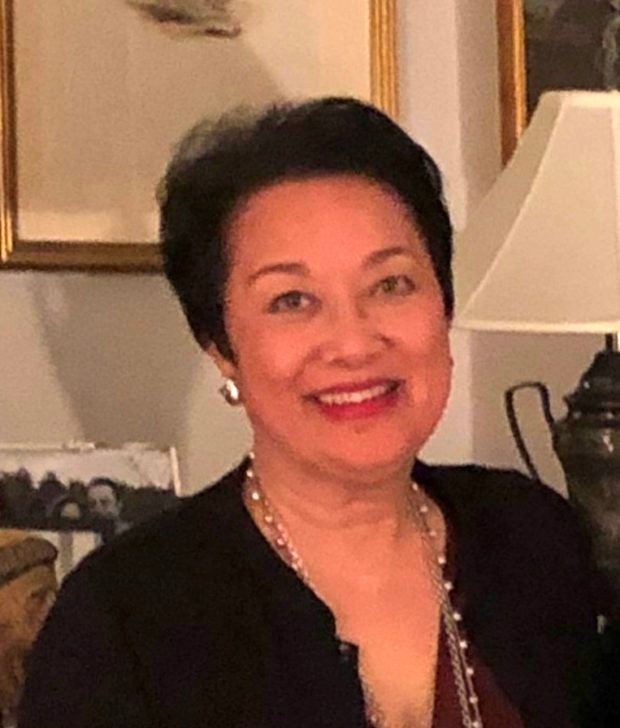 Civic leader Eva Monroe thinks one candidate broke out of the pack with “intelligence and ferocity.” INQUIRER/CM Querol Moreno

Maybe the last week of June was too early for everyone – Millennials, Gen X and Zers, who can tap on their phones and catch memorable moments from the largest and most diverse assembly of protagonists for the top office that Baby Boomers and preceding generations would remember.

Round One of the debate often reinforces rather than changes party loyalists’ minds.  In this  case, the staging winnows the serious contenders from the big dreamers, although highlighting form rather than substance.

San Francisco resident Eva (Alminiana) Monroe is more visible at civic events and nonprofit activities than political sorties, but the lifetime Democrat would not have missed the debates.

“Kamala Harris took the floor tonight,” she told INQUIRER.net after the second debate.  “In her rise, she also eclipsed the candidates from the night before. Her intelligence and background as a lawyer and prosecuting attorney allowed her to remain cool, play the candidates and pounce with all the ferocity of a lioness staking her rightful territory.”

“I admire his political acumen and his role as a loyal spear carrier for the Democratic Party, but his style, his approach and his time in the political arena is over. A new generation is on the rise with the rightful hunger for what belongs to them and our future,” the University of San Francisco alum echoed the progressive refrain.

Her desire prospect would have a “moral core,” she said.

That candidate would have “intelligence grounded in moral values, an understanding of global issues from a historical perspective, the ability to reengage trust in world powers, and the citizens of the USA. Someone willing to stand up to the corruption in big Pharma, Wall Street, the NRA.”

Monroe, Manalo and Buenaventura concurred on immigration reform as one of the most urgent issues facing the United States.  Manalo would prioritize health care like Buenaventura, who agrees with Monroe on the urgency of halting climate change.  Manalo wants to hear how candidates would balance income inequality, while Monroe is anxious about global instability and support.

Manalo would remind those wont to sit out debates and elections altogether of the not-so-distant past:  “There was a point in time where people of color were unable to vote.  We have the opportunity to show our presence and voice by exercising the right.”

Monroe would fire up those within her inner circle.

“As the election nears, take up an active role to stir up votes: Go door to door, create postcard writing groups, go to states where they need canvassers to bring out the vote. Do what you can do to make a difference and take out Trump.”

“I would ask them to think hard on what issues matter to them the most,” he opened the conversation.  “For example, if healthcare is important to them, they think about what kind of system they’d like to have?  Do they accept the status quo on healthcare, or do they want something different like Medicare for all.  If the issue is immigration, what would they like to see done?  If it’s the economy, they should think about the policies these candidates have and whether they agree on their proposals.  In the end, the next president will have a significant impact on the direction of the country in these and many other issues.  Their vote matters, because they get to choose who that man or woman will be next.”

Presidential candidates who remain on the trail will face off again in Round 2 of the Democratic  debates to be hosted by CNN July 30 and 31 in Detroit.  The Democratic National Committee has reserved two nights in September for Round 3 with 8 candidates.  Platforms would be fully formed by then.