To be or not to be LGBTQ

To be or not to be LGBTQ 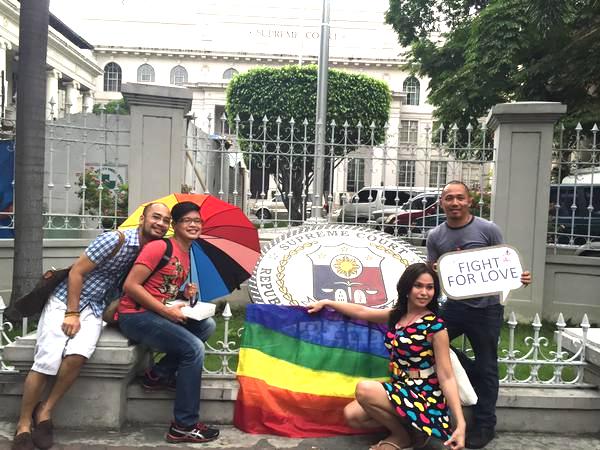 “I do not gender my child,” expressed a biological mother Kori Doty, a non-binary transgender Canadian.

“It is up to Searyl to decide how they identify, when they are old enough to develop their own gender identity.” (Kori prefers the pronouns “they/their.” ) “I am not going to foreclose their choices based on an arbitrary assignment of gender at birth based on an inspection of their genitals.”

Searyl Atli Doty, is said to be the world’s first person issued a genderless government ID card from the British Columbia Medical Services Plan almost three years ago. Kori is affiliated with the Gender-Free l. D. Coalition, a group advocating for genderless government documents in Canada.

According to an oft-quoted study by John Gonsiorek, we cannot willfully choose or easily change our sexual orientation. Our sexual orientation is like handedness that endures; we could be right-handed, left-handed or ambidextrous, that is a deep part of our personal identity.

Being gay is not a personal choice because an individual is simply devoid of choice in the matter. How many are perturbed, struggling, wrestling with his/her sexual orientation? Is it really as “a kind of war?” as one presidential candidate professes?

Homosexuality is often linked with issues in a child’s psychological relationships with parents: a domineering mother and a weak, ineffectual father; or a possessive, “seductive” mother and a hostile father; or molestation by an adult homosexual. But is homosexuality encoded in biology, in our genes?

Current findings tend to discredit myths about parental behaviors that make children homosexual, as well as the claim that homosexuality is merely a preference. While learning contributes to one’s sexual orientation, it appears that nature strongly prepares people to be either homosexual or heterosexual, stated in 2012 by Simon LeVay, a neuroscientist studying the biological and genetic roots of homosexuality.

LeVay stated during a radio interview on the WBUR talk show several years ago that, “half the reason why an individual is gay or straight is genetic – what the other half is we don’t know.” There’ the rub.

The result: Apart from homosexual feelings and a somewhat greater attitude of nonconformity, the backgrounds of homosexuals and heterosexuals are the same.

However, despite of findings suggesting that homosexuality is part of the normal range of variations in sexual orientation, a homosexual individual who has nothing inherently wrong with him/her still encounters hostility.

Homosexuals tend to experience rejection by family members, employment discrimination, and the unfavorable sentiments based on stereotypes of gay and lesbian individuals, or simple ignorance or rejection of scientific results, or religious zealotry.

Mayor of South Bend, Indiana Pete Buttigieg is the second openly gay presidential candidate in history. He criticized Vice President Mike Pence, a conservative Christian known for signing the Indiana Religious Freedom Restoration Act in 2015, which allows businesses to deny service to LGBTQ persons on religious grounds, and who also supported the funding of conversion therapy in 2000.

Studies reveal that conversion therapy is among the so-called “reparative therapies” for “fixing” something that is not a mental illness and, therefore, does not require therapy. This therapeutic technique has been banned in several states in America since 2013. There is no scientific evidence that conversion therapy works, and it can potentially harm the client, according to the American Psychological Association (APA) President Barry S. Anton, PhD in 2015.

Studies consistently show that the capacity for emotional adjustment, whether an individual is a heterosexual or homosexual, appears similar. Sexual orientation has no bearing on his/her ability to function in society, work constructively, maintain mental health, and care for children, or form caring relationships. This is why homosexuality was delisted as a sexual disorder in the Diagnostic Statistical Manual-IV in 1994, according to Martin Seligman, a proponent of positive psychology.

After 100 years of presenting conflicting, often confusing research theories on human sexuality, it remain uncertain as to why some people become heterosexual while others homosexual.  The determinants of sexual orientation remain a mystery for now, according to social psychologist-authors David Myers and & Nathan DeWall in 2016,.

Sexual orientation is a very deep part of personal identity. It is a very stable personal characteristic. You cannot willfully choose or easily change your sexual orientation. It seems it chooses you.  Discriminating against homosexuals is much like rejecting a person for being curly-haired or left-handed.

Sexology is a science, which is probably why it is so difficult to reconcile with religion (belief). Yet, Thomas Moore in one of his books wrote this sweet caveat: “Without sensuality, our religion becomes dry and aggressive. Without deep spirituality, our materialism grows hollow, unsatisfying, and compulsive.”

It would be rare for everyone to agree on any one thing. As one Herbert Carrol once wrote almost a century ago, “the distant galaxies are more amenable to human understanding than human behaviors.” Always, someone, somewhere, some Mike Pences will attempt to refute these words, quipped my androgynous kibitzer-friend.

You be the judge.

Dr. Carson-Arenas is a Certified Clinical Psychology Specialist, and a former university research director. He is a Behavior Analyst Specialist in Nevada, an educator, clinician, researcher, consultant, and a published author. Dr. Carson-Arenas together with his daughter Abbygale Williamson Arenas-deLeon is finalizing a book entitled, “You’re Okay, I am Perfect (Teens, Adolescents and Those in Between Searching for Identity)” where some portions for this piece were excerpted. Dr. Margarita Holmes, a world-renown sexologist-author, was Dr. Carson-Arenas’ mentor in sexology in clinical psychology program at the University of the Philippines. Please e-mail at: [email protected]