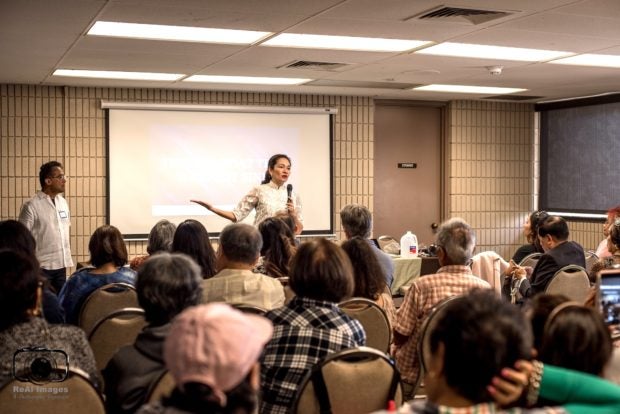 SAN FRANCISCO — Senator Risa Hontiveros, one of the four senators left holding the banner for the opposition in the Philippine Senate, warned during a 3-city visit, that the next three years will be tough for Philippine democracy and “will get worse before it gets better.”

Sounding the warning during a speaking tour of San Francisco, Los Angeles Area and Seattle organized by Friends of Akbayan North America, Hontiveros described the “hit-and-run” ramming of a Filipino fishing boat in the Recto Bank as a “perfect metaphor for the state of affairs in the Philippines” where President Duterte and his allies ignore or harm the public interest with impunity. 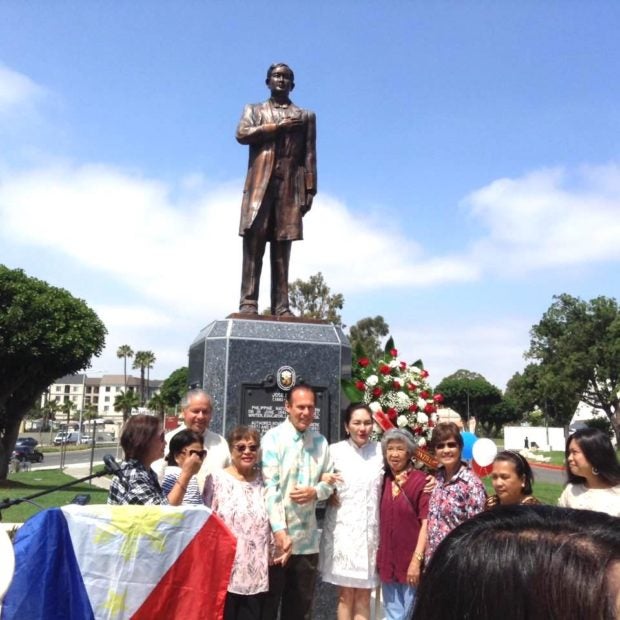 The senator addressed packed halls in all her stops – at the Mission Family Housing meeting hall in downtown San Francisco and later in the Civic Center of Carson in Southern California and the Filipino Community Center in Seattle.

She alerted Filipino Americans to the “weaponization of the law, the neutering of the legislature that leads to an unchecked, over-powerful and overreaching executive whose popularity rating holds high despite all the issues hurled against him.”

Hontiveros explained that the administration employs a “Marcosian playbook by packing the Supreme Court with grateful appointees and then rest easy knowing that legal decisions will be ruled in favor of the appointing power.” 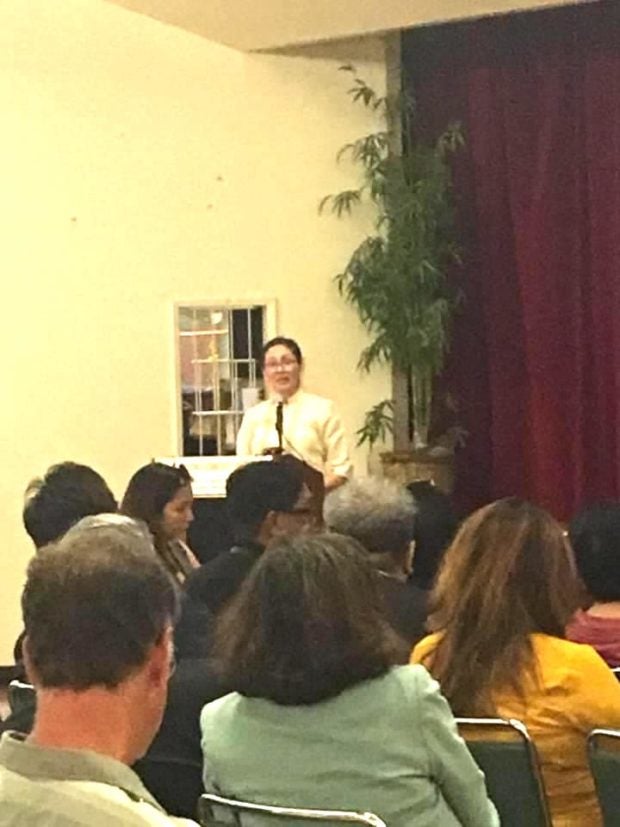 In San Francisco Bay Area, Hontiveros also briefed the San Francisco Chronicle editorial board, Supervisor Matt Haney and State Assemblymember Rob Bonta. She spoke to Filipino American health and mental health professionals at the Bayanihan Community Center to report on progressive health initiatives she has championed, including the Mental Health Law signed in June 2018, of which she was the principal sponsor.

In Carson, Hontiveros joined Filipino community leaders and city council members Mayor James Dear and Lula Holmes in laying a wreath at the monument of Dr. Jose Rizal. She then addressed a packed audience at the Civic Center. 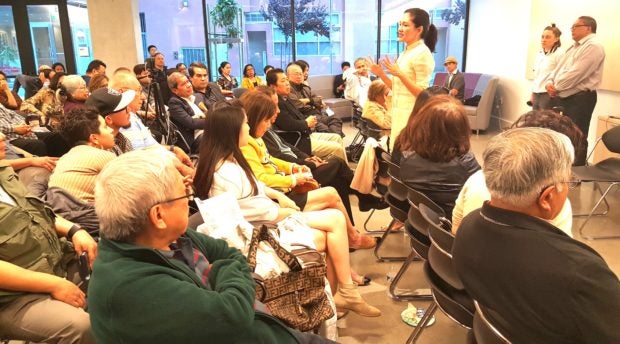 In Seattle, Hontiveros met at K and L Gates met with the Filipino Lawyers of Washington and its mother organization National Filipino American Lawyers Association, World Peace Through Law, National Lawyers Guild and Asian Bar Association, reiterating the roles lawyers can play in defending democracy both in the Philippines and the U.S. against dangerous threats.

She later addressed nearly a hundred people at the Seattle Filipino Community Center, reiterating the same message in all her stops.

President Duterte, she warned, is “creating a mythical enemy to sow political divisions was made possible through a populist old ploy an “us versus them” scenario by dehumanizing drug users and lumping them with drug traffickers.” Meanwhile, thousands of suspected users have been killed while drug lords remain untouched, and drugs from China come unimpeded.

“[Duterte’s] relationship with the Chinese government is that of Xi Jinping being the padrone, with similar attitudes of obedience and acquiescence even when the padrone has wronged you.”

Hontiveros, who said she will run for reelection in 2020, warned that being a minority in the Senate, she and her fellow oppositionists will always be voted down by the majority loyal to Duterte. “Therefore, more pressure should be applied from the outside, from you.”

She urged Filipinos and Filipino Americans to “continue to be proactive, more creative with our political actions by organizing, educating.” 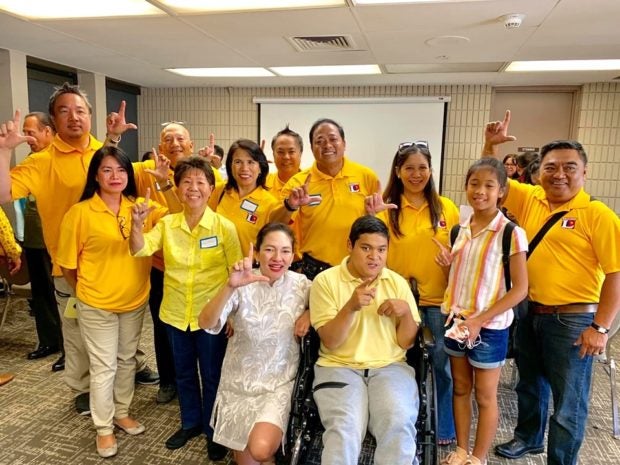 Hontiveros with members of the Liberal Party residing in the Los Angeles area. REN ARRIETA

“Let us mobilize around (Vice President) Leni Robredo and the whole opposition, let us recognize that this terrible defeat (the opposition’s loss in the last elections) is on us, correct our mistakes, fill up our inadequacies, fight smarter, better, and more effectively every day,” Hontiveros exhorted.

“I have high hopes that our students, our community youth, the millennials who are active netizens on social media and who we also see are slowly going back to activism. I think it will not take a long time, maybe just another generation more that they will lead for meaningful changes in society,” Hontiveros stated.