My story, and the new story of Filipino immigration

My story, and the new story of Filipino immigration 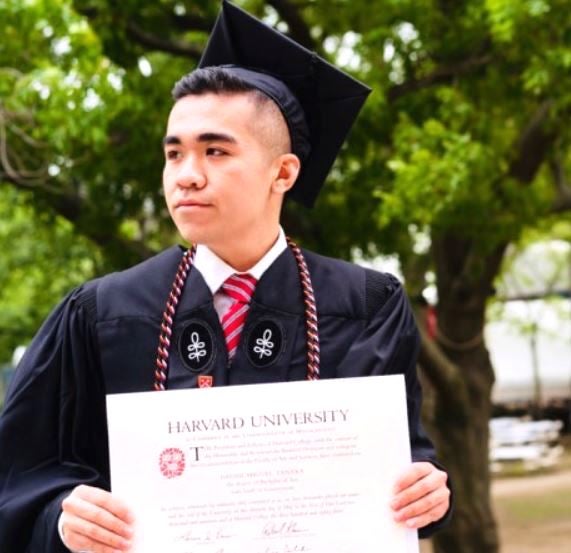 My father—not my grandfather, my father–came in 1928.

I tell the story of my father in my “Amok Monologues: All Pucked Up.” I’m bringing the 2019 iteration  to the Capital Fringe Festival in Washington, DC. July 20-28.  Just five shows, at odd times, and tickets are limited.

It’s the history they don’t teach in school, and it’s funny. Like this column on occasion. I talk about my time in the media and at NPR. And I talk about learning our history on purpose at Harvard.

I was able to find a section in a Chinese/Japanese U.S. history class where the professor would let me study Filipinos. What I found were unpublished theses by Filipino scholars who came to Harvard to get their Ph.Ds by studying Filipino  immigration in the ‘20s.

Come see my show. Like I said, it’s funny, like this column on occasion. And  genuinely Filipino. It’s the story of the old Filipino immigration tragedy: From colonization to Americanization.

Get your tickets here.

Fresh off the ivy

There is a new American Filipino story in 2019. And I saw it when I picked up the latest Harvard alumni magazine. (They give it free to alums with the hope I will give them money. But I graduated in the same class as Bill Gates, one of three in the Mr. $100 Billion Club. I say, “I’m on Bill’s tab.”)

They still don’t have Filipino history or Asian American Studies at Harvard. But I was pleased to see a new generation of American Filipino has emerged.

The American Filipino who is protected by the Deferred Action for Childhood Arrivals program, and now a proud Harvard graduate. That would be Daishi Miguel Tanaka, Class of ’19 a proud modern Harvard grad.

The name will make you wonder. Tanaka?  He’s a product of modern globalized immigration politics.  In other words, it’s complicated.

Tanaka and his mother were born in the Philippines,  but found their way to Japan. According to a Harvard Magazine story, the family, including a Japanese father, then immigrated to California in 2004 when Daishi Tanaka was just six-years-old

But faced with immigration backlogs, naturalizing would have taken more than 20 years. The family overstayed their visas. And the double life began.

But things changed during the Obama-era with DACA in 2012.  Because of a high school Spanish teacher who encouraged him, Daishi got DACA. And ultimately, got into Harvard.

Then in 2016, returning home after freshman year, he saw his parents living in a garage and being exploited as care givers. At the time the parents’ version of DACA, DAPA had some hope of passing but has since been mothballed. Daishi’s parents were forced to leave for Japan voluntarily where they could retire and get health care.

“I understood that it was the best thing for them,” Daishi told Harvard Magazine. “They gave up a lot of their physical health working very difficult manual jobs in the U.S. as undocumented workers. So, I spent all my summer savings for their self-deportation tickets, and ever since then I have been living in the U.S. by myself.”

That’s the modern Filipino immigration tragedy.  Come for the hope, leave with despair. Undocumented, forced to self-deport, son on DACA, not even Harvard is American enough.

I talk about my dad being at my graduation in my show, “Amok,” but Daishi’s mom couldn’t be in Cambridge this month. She was in a hospital in Japan receiving treatment for a heart ailment.

He’d like to go see her, but because of DACA, he would not be allowed to return. He’s not likely to see his parents again until 2026.

These are the modern immigration stories. Different, but similar. We reach America and it’s just not perfect. For imperfection, we’ve paid a premium.

Trump didn’t go on an ICE rampage this past weekend. So, there’s a slight reprieve. But there’s issues ahead in the modern immigration story. Like the future of DACA, the possibility of immigration reform.

See more of my takes live when I take my show “Amok Monologues”  to the Capital Fringe Festival, July 20-28.

Emil Guillermo veteran journalist and commentator writes a column for the Inquirer.net. Follow him on Twitter @emilamok