Chicago teen to vie for ‘Mutya ng Pilipinas ‘19’ in Manila

Chicago teen to vie for ‘Mutya ng Pilipinas ‘19’ in Manila

CHICAGO– Joi Rufina Longalong-Hunter was crowned “Mutya Pilipinas Illinois 2019” on June 1 in Niles, Illinois, making the 18-year-old Chicagoan the first official U.S. representative from Illinois to vie for the “Mutya Pilipinas 2019” title next month in Manila. 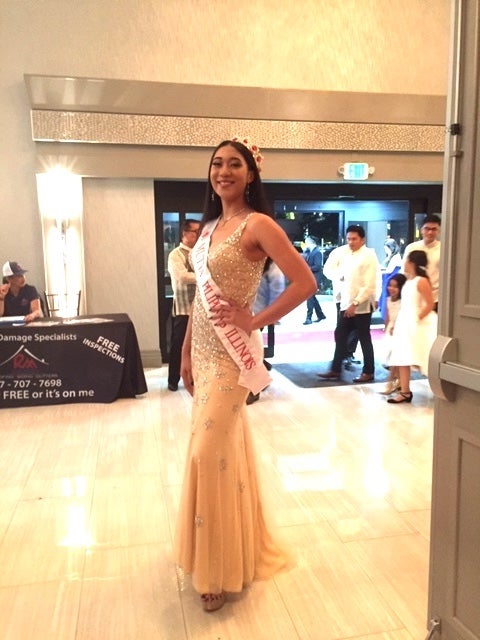 Aurora Abella-Austriaco, a former president of the Chicago Bar Association, filled in for Illinois State Secretary, Jesse White, in crowning the Filipina American beauty queen. “She is a strong contender for us here–with her unique look, intelligence and many talents,” said Austriaco.

Poised and statuesque, the part-time fashion model who stands 5 feet and 11 inches, will be pursuing a Bachelor of Science in Nursing at Purdue University in Indiana with a full scholarship this fall. Joi enjoys a variety of activities including cooking, dancing, acting and playing tennis.

She is a daughter of a biracial couple; her mother, Sally Cuevo-Longalong, was originally from San Leonardo, Nueva Ecija while her African American father, Andre Hunter, is a retired Chicago Public School teacher. Her parents are in the health care business and own a home health care facility in the City of Des Plaines, Illinois where the family presently resides. Joi has an elder brother, Andre Jr, who is pursuing a law degree.

Joi takes on the social concerns of her parents, especially her mother who continually gives back to her hometown by establishing a school and livestock enterprise for her town mates. Joi is an advocate of women’s empowerment and wants a platform to fight domestic violence and help abused women and victims of discrimination such as gay, lesbians and transgender persons.

Gene Flores, director of the Mutya Pilipinas USA said in his remarks before the attendees of the June 1st coronation ceremony that the pageant has been in existence for 51 years and instrumental in showcasing the best of the Philippine womanhood in international beauty contests.