Thriving with aging Filipinos, Daly City bids for WHO certification 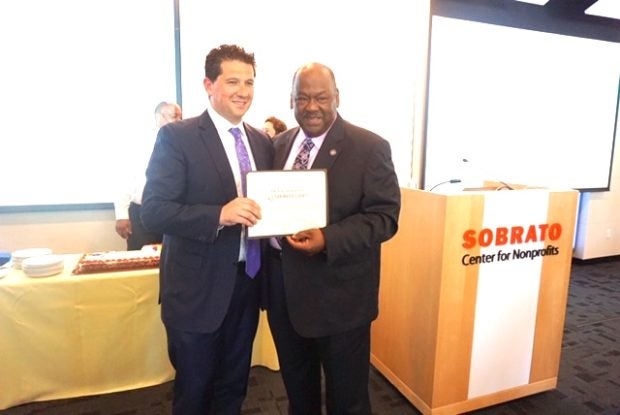 DALY CITY, California — Hospital in town?  Check.  Senior center?  Triple-check.  Even the City Manager is pursuing a master’s degree in gerontology.  So, is this town ideal for sixty-somethings and older to live?

If cluster of advocates for seniors led by Filipino Americans and their highest ranking elected representative in the County had their way, the city with the most Filipino residents per capita in the continental United States could indeed be suitable for those beyond middle age.  And with added services could earn the designation as an “age-friendly city,” a prestigious stamp of approval by the World Health Organization (WHO).

The global organization specifies 8 areas that cities and communities deserving of the age-friendly designation must address to fit the needs of older residents:  environment, transport, housing; social participation, respect and social inclusion; civic participation and employment; communication, and community support and health services. 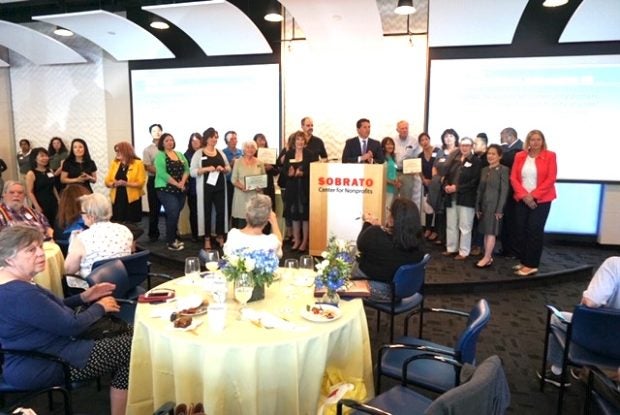 “‘We owe it to our seniors to make sure these live happy, healthy lives,” said Canepa, former Mayor and two-term Council Member of Daly City, the most populous town in the County with over 102,000 residents, per city statistics.  Officially over 30% of residents are Filipino.  ” Age-friendly cities is a transformative way of fully addressing the needs of our older Americans. Daly City, Pacifica and Redwood City will soon be WHO-certified, which is a huge recognition.”

How does Daly City stack up?

Daly City Vice Mayor Glenn Sylvester, one of four Fil-Ams including the current mayor on the 5-member City Council, cited primary services for its older population.

Currently Daly City Active Adult Services offers multilingual programming at three sites throughout Daly City.  Its Congregate Nutrition Program offers free or subsidized lunches to seniors.  But do all target residents, who make up 16% of the population, know about these programs?

“How do we address all and get the information out to those that don’t have computers or cannot get out of the house,” Sylvester emphasized the need for optimum outreach.

Sylvester is among five Filipino Americans among 11 aging and adult service experts invited by Canepa’s office to form the Daly City Task Force on Age-Friendly Environments.   Members represent a cross-section of the Daly City population with a focus on grassroots service.

Public health expert Shali Sirkay facilitated the meetings of the Task Force, majority of whose members are at least 65, the age that legally qualifies an individual for pensions, social security and federal health care coverage.  They have been brainstorming on ways to enhance existing services from both public and private providers.

As Project Supervisor of HART (Healthy Aging Response Team), the Information & Assistance program of nonprofit Daly City Partnership that helps connect seniors and adults with disabilities to community resources, Louis Solano knows exactly what local and countywide services are available to residents.  Conversely, he also sees what’s missing and concurs with Sylvester on the need to communicate the existence of those resources to the public.

“Daly City is not as perfect as some members initially believed,” said Solano, also a Fil-Am and at 29, the lone millennial on the Daly City Task Force. “Although there is an abundance of agencies that support seniors, there are still various needs that are not met. Transportation was a high need mentioned by seniors. Unlike other cities, Daly City does not have its own shuttle to pick up residents and bring them to the local senior center.”

Sylvester, Solano and longtime Daly City resident Perla Ibarrientos joined counterparts from Pacifica and Redwood City at the June 14 reception in Redwood Shores to present their key projects to apply for the WHO certification.

Sirkay’s summary noted focus group participants’ perception of gaps in the services provided by city and private entities that would inform the proposed projects.

“These in-depth discussions focused on discovering unmet needs in the older adult population, from the perspective of seniors,” she said.  “We found that services that were targeted towards seniors were not serving the seniors as well as hoped. Utilizing the age-friendly methodology, we are able to develop evidence-based programming/interventions to more efficiently and effectively deliver services to older adults. Our older adults were so thrilled to be asked their opinions, that they asked to remain engaged, and our age-friendly task force has decided to conduct more focus groups as needed.”

The goal is to get all 20 cities in the County certified, she added. 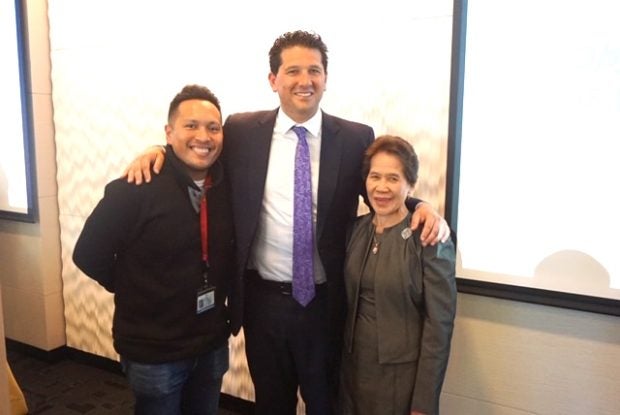 Solano, who recently earned his master’s in Social Work at the University of Southern California, expressed optimism in the composition of the Daly City team to achieve its mission.

“There are projects that we as a task force could accomplish soon, but there are other projects that need time to develop. With members in the task force being major advocates for seniors, I have the utmost confidence in the group to help develop a community that allows seniors to age with dignity and have access to fundamental needs.”

Speaking for the DC Task Force at the Sobrato Center reception, Phyllis Rizzi announced the projects signed and endorsed by Daly City Mayor Ray Buenaventura and already received by WHO as application for Age-Friendly certification.  Majority of the proposals were outreach-oriented:

“First, television monitors will be installed in all community centers with a community channel for seniors, with live streaming capability so seniors can stay informed of upcoming events, educational programming and City Council meetings;

“Second, we will revamp the Daly City website to include all resources for seniors in one place.

“Third, we will update Pilipino Bayanihan Resource Center’s resource guide and disseminate it out to community.

“Finally, we will hold a summit on affordable housing, which is an issue that is affecting seniors most critically. The date and venue will be finalized this summer. Many of these efforts are directly responding to the Communication and Information domain, which emerged as a leading area of unmet need in our focus groups.”

Each Task Force collaborates with the City and stakeholders to execute their projects within 3 years.

Prioritizing the needs of the older population has never been more urgent.  Every day since 2010, 10,000 Americans celebrate their 65th birthday.   The trend will continue until 2029, when the last of the Baby Boomers – the largest age group in the US – become eligible for Medicare, the federal health insurance system.

Some entities, however, accommodate younger clients, such as Doelger Senior Center in Daly City, where 50 is the minimum age to access services for older residents or whom they call “active adults,” according to Jennifer Der, who heads senior services for the Daly City Library & Recreation Dept.  For the weekday congregate lunch, 60 is the minimum age.

In San Mateo County, the senior population increased by over 19% between 2000 and 2011, or from 83,259 in 2000 to 99,436, according to the 2012 Senior Health Report by Sustainable San Mateo, a private nonprofit that provides fact-based information on local trends impacting the county economy, environment, and society.  The growth rate continues to accelerate with the senior population expected to grow 89 percent by 2030.

The report noted that the County’s seniors reside mostly in the city of San Mateo (13,980), Daly City (13,623) and South San Francisco (8,329), towns with high concentrations of Filipinos.  It also projected the population of seniors North (Daly City, South San Francisco) and Central (San Mateo, Redwood City) parts of the County to rise by 5% (North) and 9% (South) until 2030.

Meanwhile many Fil-Am seniors are considering living their winter years in the Philippines, where benefits seem to exceed what they might receive in this country.

The Expanded Senior Citizens Act of 2010 (Republic Act 9994) entitles Filipinos 60 years and older 20% discount and exemption from the value-added tax on applicable goods and services for their exclusive use.

The benefits definitely beat the Tuesday senior day at Walgreens where seniors get 20% discount on regular-priced items.