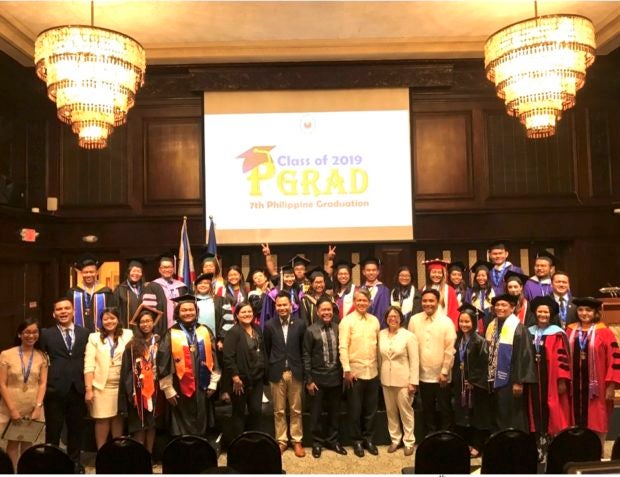 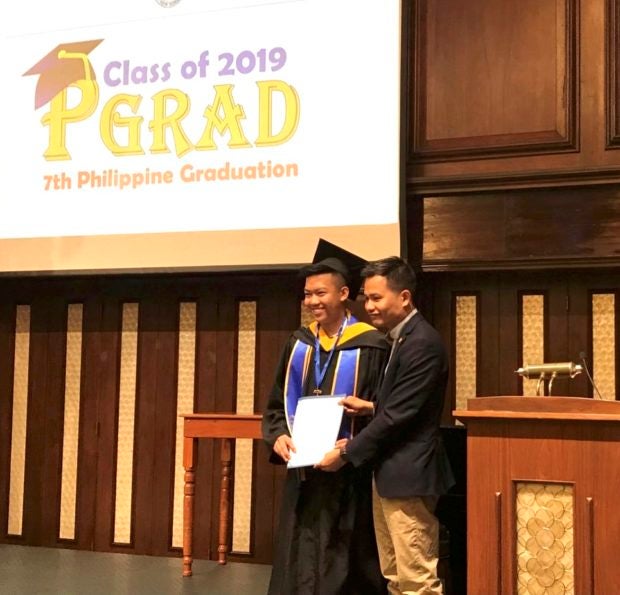 Keynote speaker Gil Quiniones, president and CEO of New York Power Authority, related his journey as a mechanical engineering graduate from De La Salle University in Manila starting out at a small energy consultant firm in New York, working at Con Edison for 16 years, and later serving in several capacities in the public sector, telecommunications and energy industry in New York.

Quiniones urged the graduates to stick to their principles and integrity, continue to innovate, and remember that “the ultimate measure of success is not the titles that you have, but what you do with those positions to make a difference in your community.”

The graduates were awarded with PGrad diplomas and medals by Consul General Cristobal and Quiniones and certificates of merit from the Office of New York State Assemblyman Brian Barnwell by Angela Callisaya. 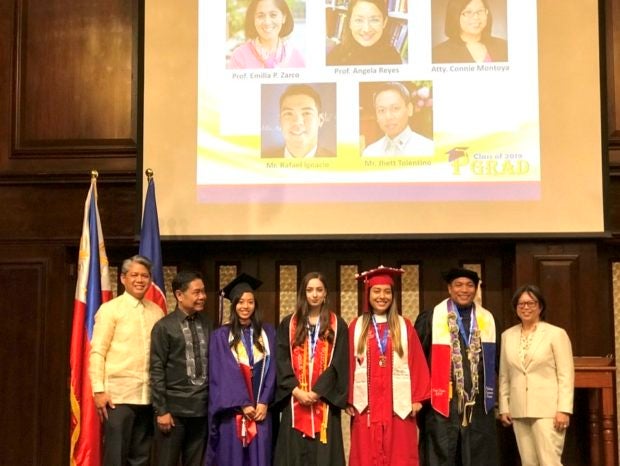 Sharing his struggles as a transfer student from Ateneo de Manila University coming to Fordham University, Coronel recognized that his fellow graduates have their own versions of survival. He encouraged them by saying, “For all the times that you feel like you don’t belong here, remind yourself of this day when you emerged victorious. It’s only going to get tougher from here but I look forward to seeing all of you again and share new chapters of our stories of survival.”

The current mentor-graduate partnerships are:

Prof. Emilia Zarco, chair of the Department of Exercise Science and Associate Professor at Ruth and Ammon School of Education at Adelphi University, mentoring Felicity Duran, a graduate of Master of Public Health from New York University; During the intermission, PGrad Susanna Labangan-Sabangan, who is also the female vocalist of the band Sounds of Manila, rendered “Once It’s in Your Heart,” a song from the band’s album which was composed by legendary composer Cecile Azarcon.

A reception and networking event hosted by the Consul General followed after the program.

The PGradv2.0 was organized in cooperation with the Pilipino American Unity for Progress, Inc. (UNIPRO). Consul Arman Talbo and UNIPRO’s Kristina London co- hosted the program.