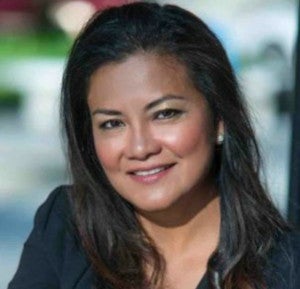 Judge Jessica Among O’Brien was indicted for mortgage fraud in Illinois, LINKED IN

Judge Jessica Arong O’Brien appeared at the Dirksen Federal Courthouse to be arraigned by US Federal Judge Sheila Finnegan.

O’Brien, 49, allowed herself to be photographed, fingerprinted and swabbed for DNA by authorities, according to her attorney, Ricardo Meza, who referred to his client as “respected member of her community.”

O’Brien was indicted by a federal grand jury for mortgage fraud April 12. She was removed from the Cook County First Circuit Court as a judge for the small-claims court and was transferred to non-judicial work.

An executive review board headed by Cook County Chief Judge Timothy Evans with 17 Cook County judges as members, will later decide if O’Brien be removed as a judge.

Further, federal prosecutors alleged that she and Bartko omitted in their application for a $260,000 loan that they owed on another property they had previously bought.

O’Brien came from Cebu to America at the age of 16. She has a bachelor’s degree in hotel and food administration from Boston University. She landed a top managerial position with a multinational company supervising thousands of employees involved in food preparation.

In 2008, she decided to change her career and later earned a Masters of Laws in Employee Benefits and Taxation from the John Marshall Law School in Chicago. She became the first Asian American president of the Women’s Bar Association of Illinois in 2015.