Actor Bryan Munar in SF staging of Tony winner ‘Once’

Actor Bryan Munar in SF staging of Tony winner ‘Once’

Along with Munar, the majority of the cast members are making their debut at 42nd Street Moon.

Based on the movie Once (2007), the stage adaptation is about an Irish musician who learns to love and dream again through a fateful week with a Czech immigrant. 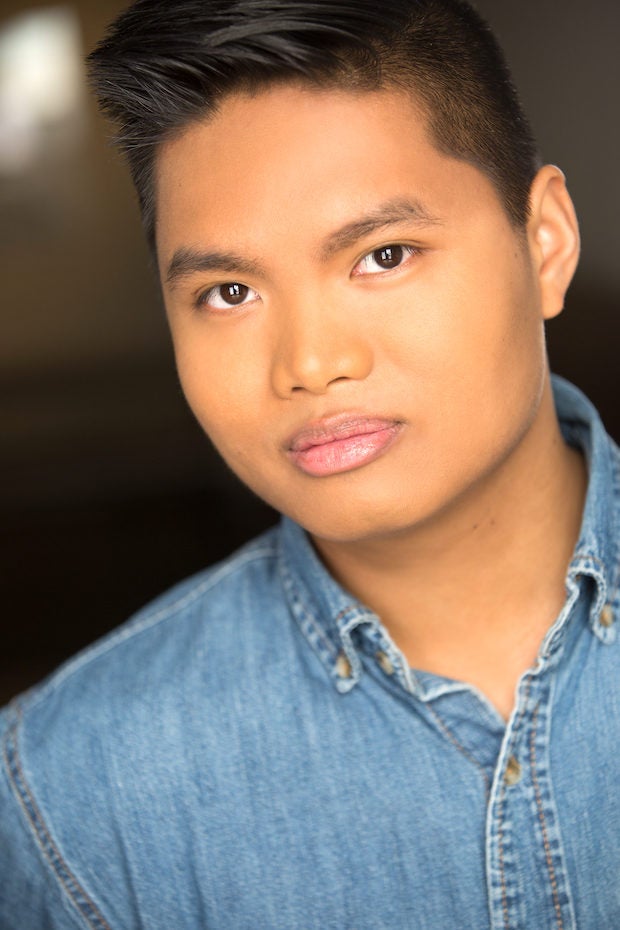 It features a lively folk score with onstage actors playing their own instruments. And is the only music score to have won an Oscar, Grammy, Tony, and Olivier award.

“The personalities of the characters in the musical are bigger,” says Munar.

The only Filipino member of the cast, Munar plays Eamon, a studio shop owner and engineer to whom the two lead characters come to record demos of their songs.

Set in Ireland, Munar approaches his character as an Irishman who happens to be ethnically Filipino.

“I can bring whatever I find appropriate [to the character]. Simply by the fact that I’m playing someone who is Irish is doing the work itself. I don’t have to think a lot about how do I meld my worlds together­—I’m telling the story of this character as a Filipino—I think it’s more about the representation of what people see. And so people see just because he’s Irish doesn’t mean he has to be white.

The most challenging aspect of the role for Munar is the character’s Irish accent.

“I’m not around a lot of Irish people often, it doesn’t come natural to me, so I had to work on it more than I would for a different kind of accent.”

It was only about two years ago that Munar took theater seriously. A native of Orange County, he moved to the Bay Area to pursue a college degree in computer science. With the trust and support of his parents he was able to make a big step in pursuing a career in the arts.

“They’re very supportive. They come to see all my shows, which is really nice. It’s awesome to have your family support you with what you want to do, what makes you happy. I feel very blessed.”

But, up to that point, he confesses, “I didn’t know what I really wanted.” In fact, he is a self-professed ex-musical theater hater.

“Up to through senior year in high school, I thought that musical theater was the lamest thing in the world. Why are these people like singing and talking? I was confused. I didn’t get it.”

But, on the other hand, Munar does likes to sing.

“The only thing I’ve done my whole life is singing.”

Because of his passion for singing, he joined a show choir where they did a medley of songs from Wicked.

“[I] then realized that this was something that I want to do. It was challenging, and I got hooked.”

He then took a theater class at the American Conservatory Theater and it all began from there.

“I got a resume, I built up my repertoire book, and I started auditioning. I picked up musical theater, then started getting more into acting, and started taking dance, and now I’m here. This is what I want to do. I can’t think of anything else I’d want to be doing right now.”

With regards to the reality of the challenges that Filipino actors and people of color in general face when it comes to typecasting in theater and in movies, Munar sees both sides of the issue and is hopeful about the current surge of productions featuring Asians in non-stereotypical roles.

“It’s like a double edged sword, the world is very much interested in seeing more stories from people of color on screen and on stage. But the other side of that spectrum is you don’t see many “normal” Asian roles on screen—its just starting to happen. We want more than just like Ken Jeong in the funny roles or the hot Asians in the hot roles, because that’s not real life. Real life is more varied with all types of people in different body types. I’m excited, I feel like good things are coming.”

Munar feels honored to be in Once and to be part of the telling of its story.

Once, as the title implies, is about a singular moment that happens to be an experience that is universal.

“There’s a moment and it happens but it can never be brought back again. And all you have to do is cherish it. I think every single person has gone through some sort of something like that.”