Geography is just another word for real estate 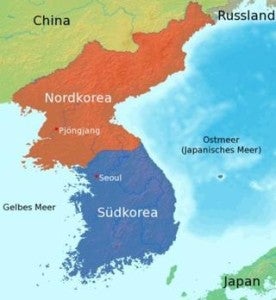 NEW YORK—I remember an anti-war slogan that was popular at the outset of the Bush-initiated invasion of Iraq in 2003. It went something like this: “War is God’s way of teaching Americans about geography.”

That seems still to be the case, at least with the current White House. Clearly, its occupant needs some lessons on where different countries are, the distances between them, what oceans lie in between, and so forth and so on.

Gaps in basic geographical knowledge were revealed when the Donald, in an interview with Faux (I mean Fox) News concerning the strikes he had ordered to punish the Assad regime for chemical attack on civilians, said that he had ordered these against Iraq. The interviewer interrupted to comment, “Syria,” and the Donald quickly corrected himself.

It was of course an Orientalist moment. Syria, Iraq, Iran, Yemen, Somalia, Afghanistan, etc., what does it matter? So what if the missiles hit Iraq rather than Syria? Aren’t they all the same anyway? And aren’t they all hotbeds of terrorist plots? Let us not just ban them but bomb them too!

Then there was the White House announcement, that an armada was steaming towards North Korea, to send the not too subtle message to its leader (also with bad hair) that he had better stop that country’s nuclear armament program. Or else.

And where were the vaunted U.S. warships at that moment? Sailing in the opposite direction, passing through the waters off Indonesia on the way to Australia, thousands of miles away.

The South Koreans were understandably miffed. Why, this was nothing but a bluff! A perfect example of fake news, the absolutely accurate description the Donald has popularized, to stand alongside another perfect example: the wiretapping of Trump Tower by the Obama presidency. This expansion of popular jargon is something for which we are profuse with gratitude.

Nevertheless, it occurred to me as a civic-minded individual, to offer these mini-lessons and be of some assistance, not just for the Twitter-in-Chief’s enlightenment, but for the globe’s safety as well—at least that of most countries.

Taking into account the Donald’s well-known aversion to printed matter, I have made this a fast beautiful read—really beautiful, the best, Pavarotti, the Donald’s friend, could have sung this as a lovely aria—though not of course as brief and compact as the tidbits on his Twitterverse. But still considerably more compact than Google Maps, which simply has too many details to digest.

So, POTUS, if you’re reading this, repeat after me:

Lesson #3: North Korea is South Korea. Once upon a time but Not. Not. Not! Now.

Lesson #4: South Korea was once a part of China. Oops! Never!

Lesson #5: China was once a part of South Korea. Double oops!

Lesson #6: Australia is next to South Korea. Triple oops!

Lesson #7: Australia is next to New Jersey. No way, mate.

Lesson #8: New Jersey has a nuclear armament program. Worse: they have Governor Christie!

Eight easy lessons to memorize! The Donald may want to include these should his Trump University arise once more, perhaps as part of a course that could be titled, “The Art of the Really Big Real Estate Deal.” After all, these are some of the most important real estate holdings in the world. Imagine how much more insightful the Donald would be were he to envision U.S. foreign policy as simply a bigger real estate portfolio, involving countries rather than mere city blocks. A Mar-a-Lago in every one of them! What incredible fortunes are sure to follow!

And the Donald can put his mind at ease, for he would simply be following the good ol’ tradition of empire building: nations as parcels to be gathered under one package. Pictured that way, our POTUS could take his finger off the nuclear button; these are lands far too valuable to be wasted. He could then be an avatar for world peace, and maybe even win a Nobel. Obama won one, so why shouldn’t he?