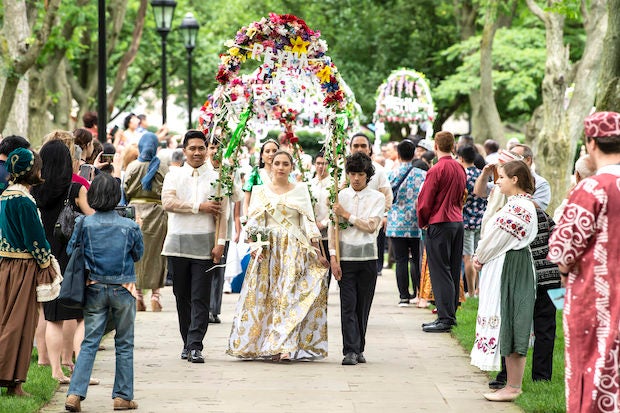 Cerina Wichryk of Oakdale leads a procession of young Filipino women called queens, each walking under an arch of flowers and each representing a virtue attributed to Mary, the mother of Jesus. It was part of Sunday’s dedication of Pitt’s new Philippine Nationality Room. (Aimee Obidzinski/University of Pittsburgh)

PITTSBURGH, Pennsylvania — The cheerful, melodious sounds of traditional Filipino gong music echoed in the University of Pittsburgh’s Cathedral of Learning — a soundtrack to the celebration of a new Nationality Room.

On June 9, the University of Pittsburgh and the Pittsburgh community came together as Pitt dedicated the Philippine Nationality Room. It was a celebration nearly 20 years in the making, and the first new room since the Korean Room was opened in 2015.

The Philippine Room now makes room number 31 of Pitt’s Nationality Rooms — a collection of rooms inside the Cathedral of Learning that represent cultures and heritages from around the world. About 25,000 visitors partake in guided room tours each year, and most of the rooms also serve as classrooms.

And with the new room, guests are now able to step inside the Philippines when they visit the Cathedral.

Pagdiriwang, the annual celebration of Philippine independence, was a festive fit to align with the dedication of the new room.

“Words cannot express the feelings I have now that we have finally dedicated the room,” said Tina Purpura, fundraising chair of the Philippine Nationality Room Task Force, who immigrated to the United States from Manila in 1981. “We are doing this for our children, to keep the legacy of the Filipino community alive.” 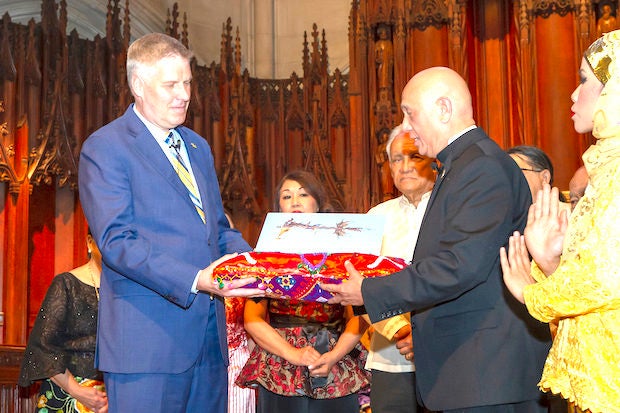 The task force, composed of seven members of the local Filipino community, led the planning and fundraising efforts to create the room. This involved more than 20 years of organizing — including trips to the Philippines for design inspiration.

Along with Chancellor Gallagher, Provost Ann E. Cudd and Ariel Armony, vice provost for global affairs and director of the University Center for International Studies, took part in the dedication festivities. 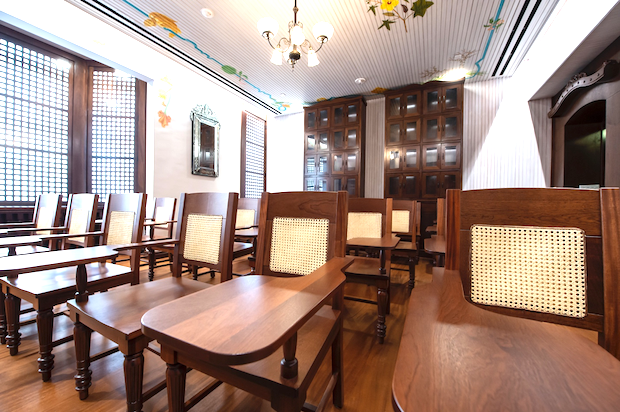 The Philippine Nationality Room, the 31st Nationality Room at the University of Pittsburgh, was dedicated in a ceremony on Sunday, June 9, at Pitt’s Heinz Memorial Chapel. Architect of record Warren Bulseco and Manila-based room designer Melinda “Popi” Laudico modeled the Philippine Nationality Room after the Quema house in Vigan, Philippines. The room reflects the Bahay na Bato style, which translates to house of stone, to make a sturdy home that can outlast the typhoons, earthquakes and floods that regularly impact the islands. (Aimee Obidzinski/University of Pittsburgh)

“The University of Pittsburgh’s newest room is a stunning tribute to the Filipino people and culture — one that community members and visitors will be able to explore, admire and learn from for generations to come,” said Gallagher. “To the members of the Philippine Nationality Room Task Force, (Nationality Rooms Director) Maxine Bruhns and her team, and all the individuals who worked for years to bring this vision to life: Thank you.”

“Within its sturdy and elegant walls, our faculty and students will share knowledge, energized by the room’s finely executed details,” she told those in attendance.

“This is a historic moment,” added Armony. He thanked the task force for a “true labor of love.” He also called for applause for Bruhns, who has been director of the Nationality Rooms since 1965.

Following the ceremony, a parade of young Filipino women walking under floral arches led the attendees over to the Cathedral of Learning for a cultural festival.

Step into the Philippines

The new room is reflective of the typical homes of Philippine ancestors, said Purpura.

“We want visitors to feel the Filipino hospitality immediately when they enter this room, which reminds me of my grandparents’ home,” said Purpura. “The room really does tell a story of our Filipino culture.”

According to the task force, it was important to represent the influence of cultures that make up the Philippines, which is an archipelago of more than 7,000 islands. To formulate the design concept, members of the task force made trips to the Philippines and consulted with scholars and architects from Manila. 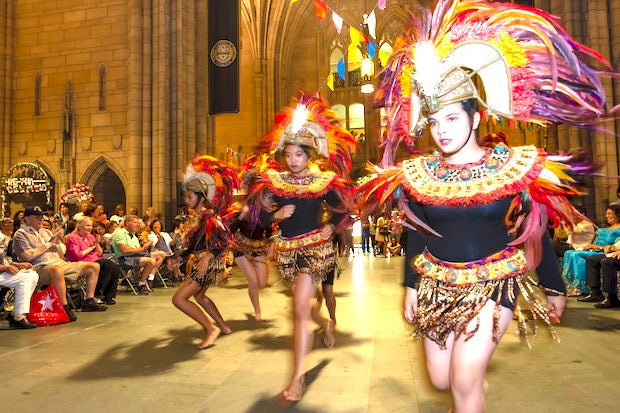 Architect of record Warren Bulseco and Manila-based room designer Melinda “Popi” Laudico modeled the room after the Quema house in Vigan, Philippines. The room reflects the Bahay na Bato style, which translates to “house of stone,” to make a sturdy home that can outlast the typhoons, earthquakes and floods that regularly impact the islands.

Prominently featured in the room are paneled bay windows, which are covered in capiz —the inner lining of oyster shells. Capiz are widely used in the Philippines for window shutters. The shells are made to block the sun and admit cool breezes when the windows are left open. The room also features colorful murals on the walls and ceiling that contain symbolism of Filipino culture and mythology, hand-painted by Philippine-born artist Eliseo Art Silva.

Established in 1926 by then-Chancellor John Bowman, Pitt’s 31 Nationality Rooms are representative of — and pay tribute to — many of the cultural groups that settled Allegheny County.

In 2019, the Nationality Rooms were named on “The Cool List 2019,” by National Geographic Traveller UK — featuring the rooms as one of its must-see sites.

The Philippine Room is the 12th room to be dedicated since Bruhns, who is also director of Intercultural Exchange Programs in the University Center for International Studies, began leadership of the rooms.

Pitt’s Nationality Rooms are maintained and supported through a partnership between the local populations of these cultural groups and the University of Pittsburgh. – @Pittwire.pitt.edu