Uber said Thursday it is readying its first helicopter rides, which will carry passengers between New York’s JFK Airport and lower Manhattan. The news of the Uber Air debut was first reported by the New York Times, and confirmed by Uber chief executive Dara Khosrowshahi, who tweeted the article with the comment: “Point to point multimodal journey planning and booking = no stress transport to and from JFK.”

The flights — which last about eight minutes — would begin July 9 with “dynamic pricing” expected to be around $200 to $225, with ground transportation included in the city and airport, Uber said.

The New York service will be offered to members of Uber’s loyalty programs. The flights will help gather data for a wide rollout of Uber air transportation in the coming years, according to Allison. 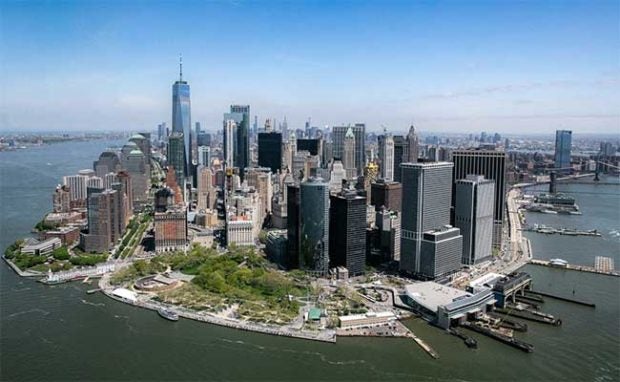 While other helicopter services are available to New York airports, Uber is touting this as a “seamless” solution that includes all ground transportation and which can be booked on its smartphone app.

Uber has previously announced plans for shared air transportation by 2023 between suburbs and cities, and potentially within cities in the United States and other countries.

It has been working with partners to develop “flying cars” or small, electric aircraft with vertical takeoff and landing (VTOL) capability.

California-based Uber, the largest of the global ride-sharing firms, made a rocky stock market debut last month, raising $8 billion at a valuation of some $82 billion. It shares slumped in the first days of trade and have only recently bounced back to their offering level.

LATEST
NY Times writer to keynote Filipino Food Movement online summit
Everything You Need to Know to be a Successful Inventor
Serial Entrepreneur Dennis “Donato” Agalli Steps Up to Help NYC First Responders During COVID-19
PH trade centers in US hold business, work, livelihood webinar
PG&E offers STEM scholarships of up to $10,000
Alarming rise in Covid cases as states roll back lockdowns
MOST READ
usa Kellyanne’s part-Filipina daughter, 15, scorches Trump
usa Filipino bus rider in Vancouver told to ‘speak English here’
usa Filipino in NY kills own mother, a Covid survivor
usa Why leaders who terrorize people need ‘anti-terrorism’ laws
usa Police in So. California arrest woman who harassed Asians
usa Hundreds of Filipinos at risk in California have yet to be tested – survey
usa Anti-Terror Act is itself an act of terror