The annual World Series of Poker opened Tuesday in Las Vegas with dozens of scheduled card tournaments and a special event to celebrate the 50th run of a series known for minting millionaires each year.

Set up for the 2019 World Series of Poker is officially underway! #WSOP50 pic.twitter.com/4Z8HNsuR73

The seven-week poker festival is expected to again draw tens of thousands of players seeking a piece of a projected combined prize pool of more than $200 million. Buy-ins for the series’ 89 championship events range from $400 to $100,000.

To celebrate the milestone, owner Caesars Interactive Entertainment has scheduled an awards ceremony and a $500 buy-in, rake-free tournament with a guaranteed prize pool of $5 million. The company is allowing fans and others to choose some of the players who will be recognized at the ceremony.

“It’s absolutely a way to make them a part of it,” tournament spokesman Seth Palansky said. “The 50th year was a good time to reflect back on sort of where we’ve come both in poker and the World Series of Poker, but we wanted the fans and the players to decide what moments from our 50 years stood out to them.”

People can vote on seven categories, including fan favorite player, the series’ “favorite bad boy” and the four most important players in the tournament’s history. A panel will also put together a list of the 50 greatest poker players. Casino owner Benny Binion started the series in 1970 as an invitation-only event. Johnny Moss was declared the winner by the other men at the table and was given a trophy. 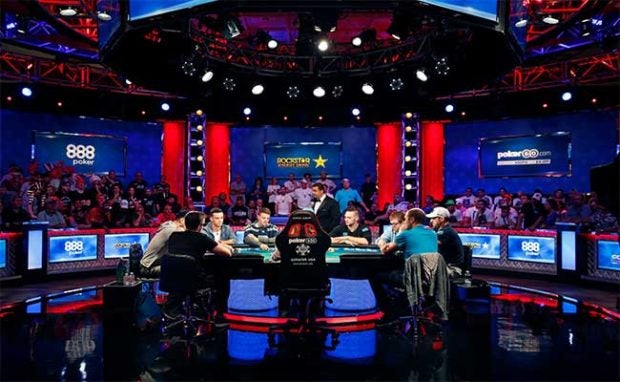 The series this year will run through July 16 at the Rio All-Suite Hotel and Casino, west of the Las Vegas Strip. Champions go home richer and with gold bracelets.

The tournament saw a record 123,865 entrants in 2018. The prize pool of over $266 million was divided among 18,105 participants. Twenty-eight of them earned at least $1 million. Palansky said the tournament keeps going strong because organizers have been open to changes and feedback from players.

“Poker is a unique game. We are just the operator — we deal the cards, we provide the chips and the setup — but they play amongst each other. It’s a peer-to-peer game,” he said. “So, ultimately, the WSOP, we look at it as sort of in the trust of the players, and it’s our job to just listen to their feedback and provide the schedule that meets their needs and demands.”

Indianapolis resident John Cynn won the main event last year after playing more than 440 hands at the final table. His cut of the prize pool was $8.8 million.