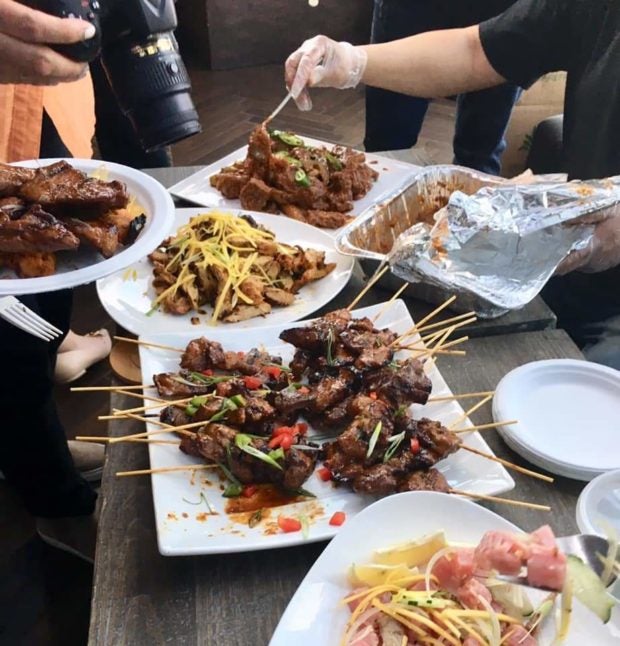 NEW YORK — Two dozen Filipino eating places, from sit-down restaurants to food court counters and coffee shops, participated in the 2019 Filipino Restaurant Week in 7 states including New York, New Jersey and Washington, DC from May 13 to 26

The eating places rendered their versions of Filipino favorites, such as pancit, adobo, and turon, giving new life of avant-garde spins to traditional dishes. 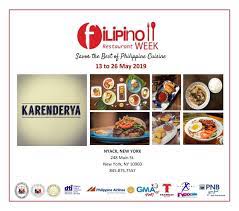 Inspired by the New York Restaurant Week, the FRW’s participating restaurants served prix fixe meals of three courses: appetizer; entrée; dessert.  This year, the Philippine coconut was the featured ingredient incorporated by the restaurants in any one of their dishes.

With its increasing popularity, FRW has generated a buzz not only within the Fil-Am community, but also in the mainstream gastronomic scene.

Philippine Consul Arman Talbo presented the participating restaurants to guests, sponsors, and the media at a launch party on May 8 at the High Bar Rooftop of the Double Tree Hotel, the first time an FRW launch was held outside of the Philippine Center.

“There’s more to explore about our cuisine as the Philippines has many regional specialties which we highlight in our restaurant,” said Queenie Banez, Asin’s owner and a two-time national winner of Nora Daza Food Contest in the Philippines.

“We do our best to honor the food and the flavors we grew up with, and we are also very careful to be honest when we take liberties.  Most importantly, we love that we can play a role in starting a dialogue about the food and the culture of the Philippines.  In that sense, we take our role as representatives of our culture very seriously,” said Cheryl Baun, co-owner of Karenderya, a restaurant named by Esquire as one of the 20 Best New Restaurants in America for 2018.

Joann Canosa, owner of Maganda, said her pop-up and events company not only offers both traditional and innovative Filipino cuisine but uses its platform to “spotlight and empower Pinays all over the world from the tribal Pinays, as depicted in our logo, to the Gen Z Pinays.”

“I am always excited for FRW! It’s a great intro into the yummy world of Filipino cuisine,” remarked chef King Phojanakong, a Culinary Institute of America graduate and the owner of Kuma Inn.