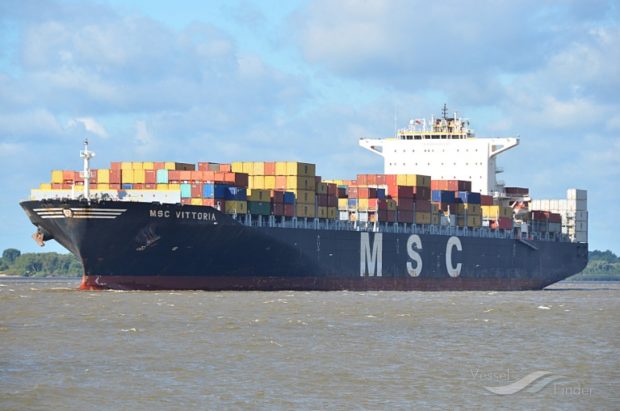 The Filipino captain of the Vittoria was airlifted to a hospital after he collapsed on the ship’s bridge. VESSELFINDER

SAN FRANCISCO — The Coast Guard medevaced the 54-year-old captain who clutched his chest and collapsed on the bridge of his ship as it was entering the San Francisco Bay on Monday evening, May 20.

A harbor pilot aboard the 738-foot vessel Vittoria reported that the captain, a Philippine national, collapsed as the ship was headed to its anchorage south of San Francisco’s Yerba Buena Island.

A Coast Guard crew came with a Dolphin helicopter and airlifted the stricken captain from the ship and flew him to John Muir Medical Center in Walnut Creek, California. His identity and condition are were not immediately available.