PH Embassy explains delay in canvassing of votes from U.S.

PH Embassy explains delay in canvassing of votes from U.S. 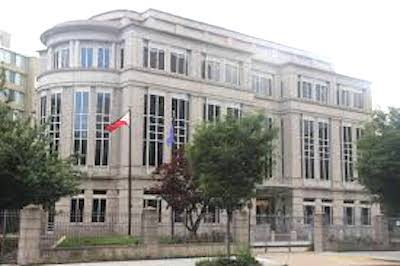 WASHINGTON, D.C. – The Philippine Embassy on May 21 issued the following statement:

We wish to clarify that contrary to reports, the delay in the canvassing of votes from the United States of America was mainly caused by the malfunction of four (4) SD cards.

Below are the facts regarding the canvassing of votes from the United States of America:

10. The reports of the canvass, including the Certificate of Canvass, were transmitted to the COMELEC on May 21 at 10:45AM EDT.

12. The SBOC Chairman, Consul General Renato Pedro Villa, is scheduled to depart Washington DC for Manila today, May 21, to                          personally deliver the Certificate of Canvass and SD cards to the National Board of Canvassers.