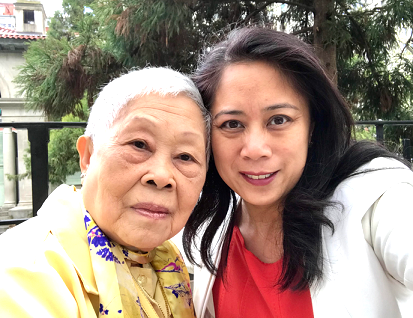 Anne del Castillo, commissioner of the Mayor’s Office of Media and Entertainment (MOME), with her Visayan mother, Rachel del Castillo, a nurse who came to the U.S. in the 1960s. CONTRIBUTED

NEW YORK — A second-generation Filipino American, who was an associate producer of the documentary “Imelda,” has been named commissioner of the Mayor’s Office of Media and Entertainment (MOME) by Mayor Bill de Blasio.

Lawyer Anne del Castillo has 20 years of experience in film production, public media, and arts and nonprofit administration. As commissioner, her goal is to “strengthen the city’s media and entertainment economy (and) to ensure that the workforce in those industries is as diverse as New York City itself.”

MOME supports the city’s film, TV, and theatre as well as the music, publishing, advertising and digital media industries that account for 305,000 jobs and an economic output of $104 billion.

“Media and entertainment are central to New York City’s economy and identity. Anne has the vision and experience to continue to strengthen the industry during this time of unprecedented growth and change,” said Mayor De Blasio in a press statement. In accepting her promotion, Del Castillo said it is an “exciting time for our agency to engage a broad cross section of industry, community and other key stakeholders to advance an inclusive, sustainable and thriving creative economy that benefits all New Yorkers and reflects the diversity that defines our city.”

Del Castillo was born and raised in New York. Her mother, Rachel del Castillo, is a nurse from the Visayas.

“My mother is Visayan from (Isabela) Negros Occidental,” she said in an email interview with The FilAm. “She came to the U.S. through Philadelphia as part of a wave of nurses who immigrated from the Philippines in the 1960s. She eventually moved to New York.”

Del Castillo joined MOME after more than 20 years in film production, public media, and non-profit administration. Her first job was as information coordinator for the Independent Feature Film Market, while also working as script supervisor on an indie film in Austin.

She took on a variety of roles and responsibilities in many film-related ventures, becoming vice president of development and business affairs at American Documentary, which produced the award-winning PBS documentary series POV.

In that position, she secured $3 million annually in grants and contracts and negotiated partnerships with Netflix and theatrical distributors to maximize distribution opportunities for independent documentaries.

In 2014, she was appointed as director of legal affairs of MOME and was promoted to chief operating officer and general counsel in 2015. During her tenure, she helped develop and launch mentorship and training programs to increase industry diversity and the Made in NY Women’s Film, TV and Theatre Fund which is distributing $5 million in grants to women filmmakers and playwrights. She has served as the acting MOME commissioner since February 2019.

“New York City is a creative capital with iconic landscapes known all over the world,” she told The FilAm. “The city is home to a rich talent base, both above and below the line, from well-known actors, directors and producers to skilled artisans and technicians. One can write, develop, shoot, cut, and exhibit your film – start to finish – all right here.” 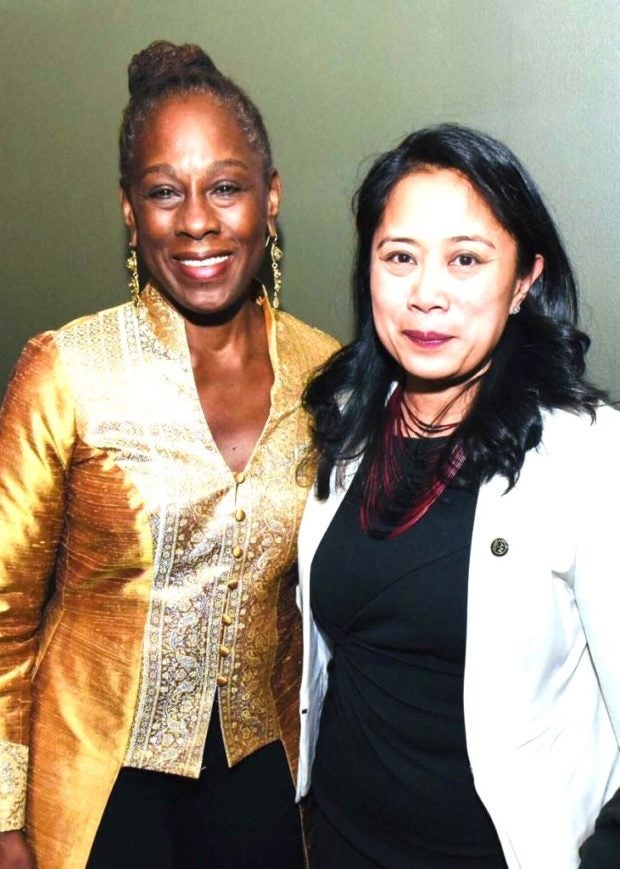 Filmmaking has further diversified into the Augmented Reality and Virtual Reality cutting-edge technologies where demand for jobs has increased in recent years.

“AR and VR are rapidly growing industries that along  with Artificial Intelligence, are transforming the way we live and work,” she said. “Traditionally viewed as gaming enterprises, these industries are impacting areas such as healthcare, real estate, manufacturing, just to name a few.”

MOME has made “significant investments” in these sectors to ensure that NYC remains at the forefront of innovation and job creation, she said. An example she cited was RLab, the first city-funded AR/VR center which received $5.6 million to support the training and develop a “pipeline of talent.”

Her favorite Made in New York movie? “Moonstruck,” among many, for the dialogue and the acting by Cher and Olympia Dukakis. She has a poster of the 1987 flick in her office.

“Admittedly I have an affinity for films with strong mother-daughter dynamics,” she said. – With Cristina DC Pastor © The FilAm 2019