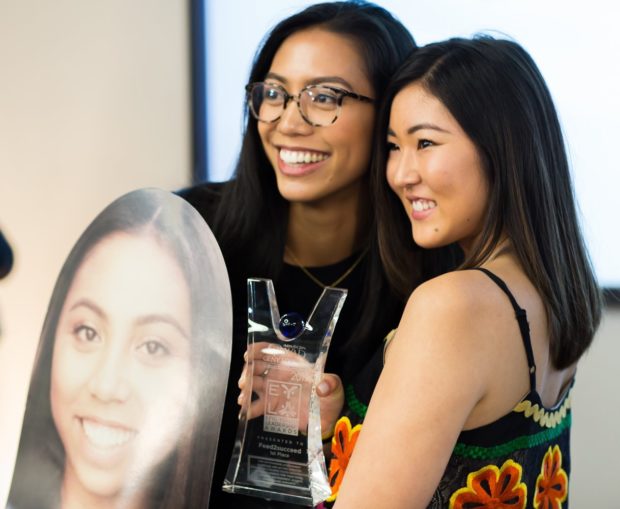 The three teenagers started Feed2Succeed by fundraising through a yard sale on the corner of Third and Kenmore in Koreatown, Los Angeles to feed undernourished children in Busiing Elementary School in Ilocos Sur, Philippines.

EYLA is the latest iteration to the Gawad Geny Lopez, Jr Bayaning Pilipino Awards (Filipino Heroes) founded by Eugenio Lopez, Jr., a pioneer of Philippine television and the late Chairman Emeritus of the largest media conglomerate in the Philippines – ABS-CBN Corporation.

Lopez founded the Bayaning Pilipino Awards in 1994 to recognize modern-day Filipino heroes whose values, actions, and projects are geared towards service of the Filipino. 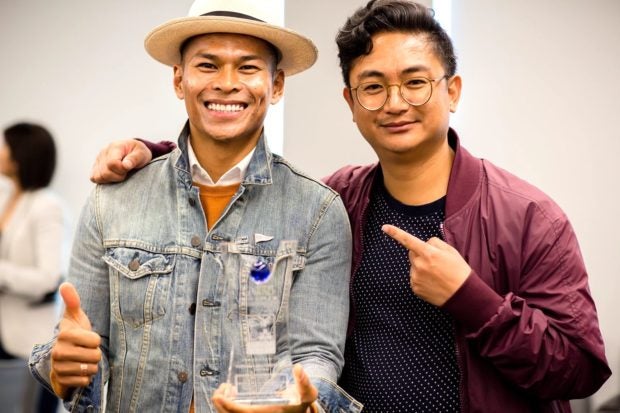 In her welcome remarks, Nerissa Fernandez, global head of corporate affairs and public relations at ABS-CBN, said the awardees were Filipino youth leaders “who are making a difference in various areas of service.”

The venture envisions incubating a batch of innovative retail concepts, award-winning restaurants, and neighborhood- serving businesses that are culturally relevant, financially resilient, and adaptable to the market needs of all San Franciscans. 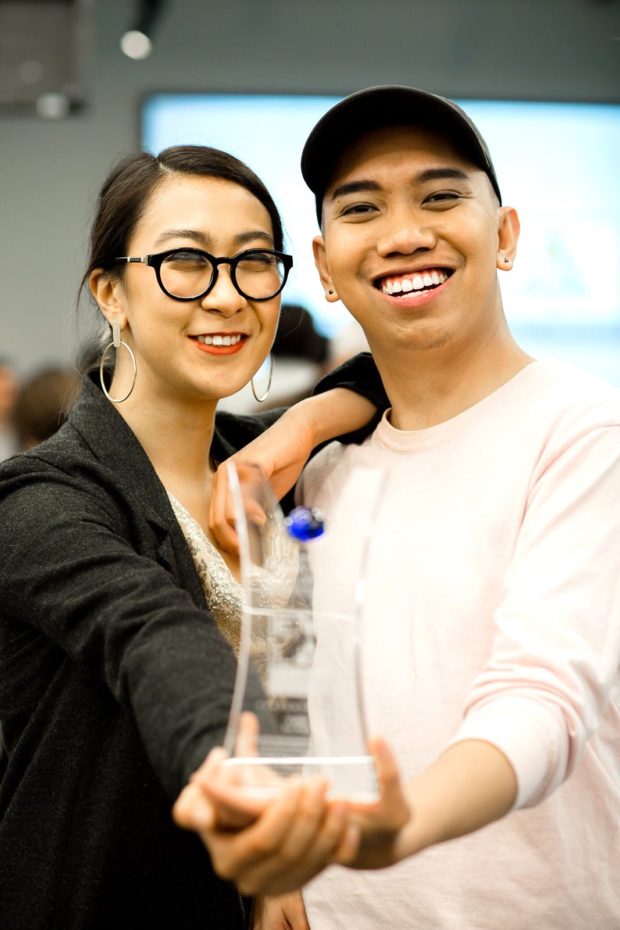 Kultivate Labs/UNDISCOVERED SF Executive Director Desi Danganan believes that “as Filipinos, we’re so adaptable that we can take the rules of economic development and turn it on its head so that we can actually develop wealth in immigrant communities.”

Kubo Co-Founder Mallory Valenzuela explained that “There are so many ways in which the Filipino experience is really being lived and Kubo unites us as Filipinos, but also highlights those different experiences.” 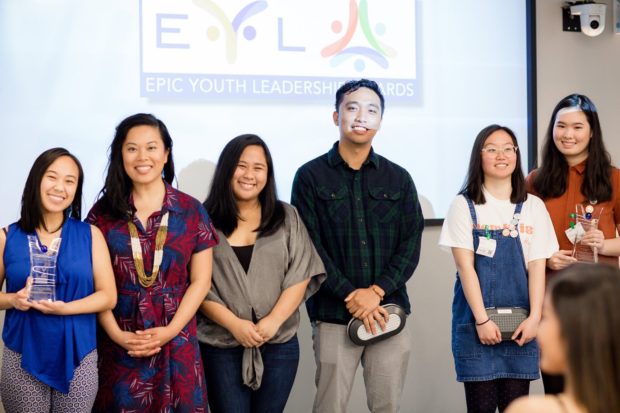 Two other organizations shared the stage with the EYLA winners and brought home finalist trophies. Empowering Pilipino Youth through Collaboration (EPYC) is the youth initiative developed by the National Federation of Filipino American Associations (NaFFAA) that facilitates collaboration among Pilipino American student organizations across North America, for the purpose of networking and sharing of best practices for student organizing.

Jun Del Rosario, managing director for North and Latin America said, “Our biennial search has generated scores of Filipino organizations who will truly touch your hearts with their stories and service to mankind.” Kiana Valenciano wows the guests with her performance at the first-ever Epic Youth Leadership Awards at the Google Campus in Sunnyvale, California. JACLYN SUMANG

In fact, Jose “JC” Chan, founder of Building Lives for a Better Future, a winner at the 2017 Gawad Geny Lopez Bayaning Pilipino Awards, was at the event. Del Rosario added that Chan’s organization has “been helping feed, educate and empower students and senior citizens in poverty in the U.S. and Mexico, and also in the Philippines.”

Fr. Nilo Tanalega, UGAT Foundation executive director noted, “This type of leadership highlighted here at the EYLA is called servant leadership and the service of these young people reflects their other-centered leadership for all.” 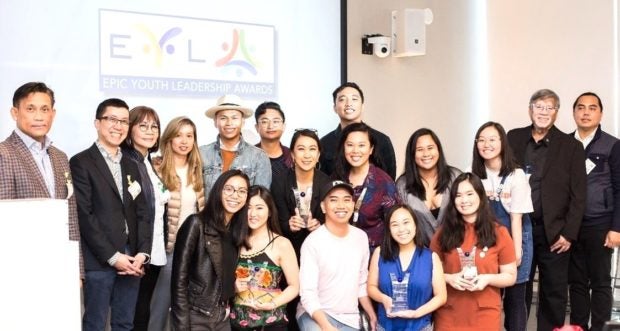 Engineering Program Manager at Google Regina Manzana-Sawhney and the team of Filipino Googlers Network (FGN) helped set up the EYLA at the Google Campus.

Special guest artist singer/composer Kiana Valenciano performed her songs 5:30 and Get Together.

Stay tuned for the special episode of Adobo Nation where Feed2Succeed, UNDISCOVERED SF, Kubo, Empowering Pilipino Youth through Collaboration (EPYC), and Pinay Power II talk about their passion, commitment and service to their communities.