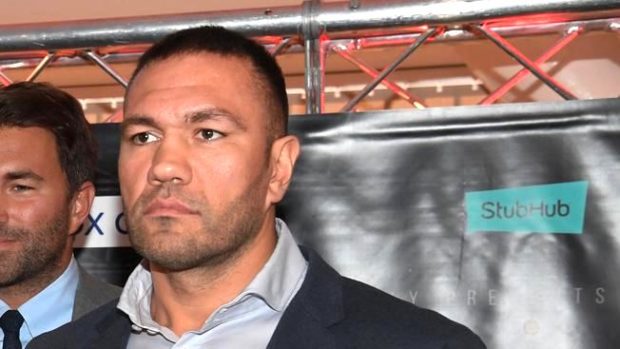 Kubrat Pulev pictured during a media opportunity ahead of their World Heavyweight title clash at Principality Stadium on September 11, 2017 in Cardiff, Wales. AP PHOTO

A boxer who kissed a reporter without her consent during a post-fight interview must complete a sexual harassment course and pay a $2,500 fine before officials will consider lifting his suspension.

The California Athletic Commission decided unanimously Tuesday that Kubrat Pulev can reapply to have his boxing license reinstated if he meets the conditions by July 22. Until then he can’t fight anywhere in North America.

Pulev was suspended in March after he grabbed reporter Jenny Ravalo’s head in his hands and planted a kiss on her lips following his seventh-round knockout of Bogdan Dinu.

The Bulgarian heavyweight apologized to Ravalo during Tuesday’s commission hearing.