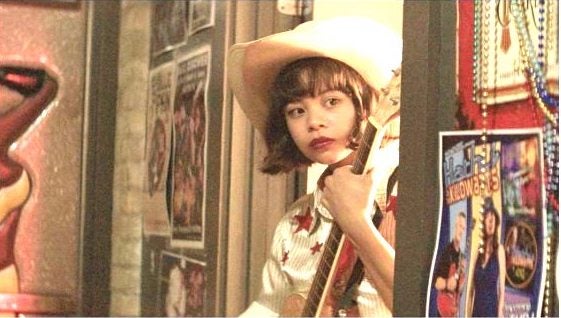 “Yellow Rose” triumphed on its world premiere at the 35th Los Angeles Asian Pacific Film Festival (LAAPFF) on May 10. It also won at the Bentonville Film Festival on May 11 and at CAAMFest 37 on May 12.

“It’s amazing. Just being in the festival on opening night was enough, but then to win the Grand Jury Prize is just everything,” Paragas said of her first win, at the LAAPFF.

“It was like Filipino Hollywood.  Filipino royalty came out to support it and there was so much love in the room. We sold out a thousand-seat theater and we had an amazing yellow carpet. ABS-CBN management like Olivia De Jesus and Star Cinema’s Malou Santos came from the Philippines to support (Yellow Rose),” Paragas added. Award-winning documentary and commercial director Diane Paragas on the yellow carpet at the worldwide premiere of “Yellow Rose,” the movie she wrote and directed and produced by ABS-CBN’s Cinematografo. STHANLEE MIRADOR

“Yellow Rose” tells the story of a headstrong Filipina teen from a small Texas town, fighting to pursue her country music dreams while facing the threat of deportation.

Noblezada, who portrays the young woman who dreams of becoming a country music star despite the ridicule of those around her, received the Special Jury Award for Breakthrough Performance at the 35th Los Angeles Asian Pacific Film Festival.

Meanwhile at the Bentonville Film Festival that focuses on inclusion and diversity, founded by actress and philanthropist Geena Davis, it was “Yellow Rose” star Libby Villari who received the Grand Jury Prize for Narrative Feature for the movie. 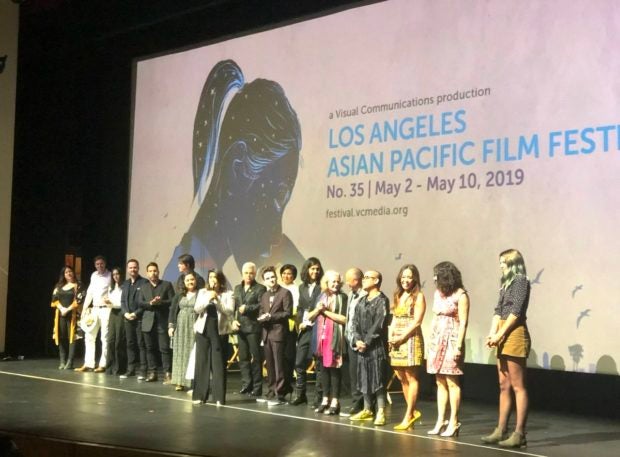 The cast and crew of “Yellow Rose” get a standing ovation at the film’s world premiere at the Los Angeles Asian Pacific Film Festival. STEVE ANGELES

The Bentonville Film Festival’s website reports: “The 2019 Award Winning Films and honorees at the Saturday night Awards Ceremony showcased our commitment to diverse, inclusive filmmakers. With 86% of this year’s programming represented by female filmmakers and 62% represented by filmmakers of color, LGBTQ+ or different abilities, the sold-out showings of these films prove again that inclusion is not only the right thing to do – it’s good for business.”

At the CAMMFest 37 Awards, Center for Asian American Media Executive Director Stephen Gong stated: “The film we selected for the Jury Prize demonstrated an originality of vision that consistently defied our expectations. It is a masterful directorial debut that features a simply beautiful performance from its signature lead. It is an intensely compelling story of a young artist finding her voice against a world that fear and criminalizes those like her. It is deeply emotional and socially resonant, and it’s got some kick-ass music to boot.”

Paragas added, “It didn’t feel like just my moment. It felt like a Filipino moment. Getting not one, not two, but three standing ovations was crazy! I’m so happy and I do hope it helps get this movie out in a big way in America and across the world. We made a baby. Happy Mother’s Day!”

“Yellow Rose” is this year’s Centerpiece Narrative at the 37th CAAMFEST and screens on May 16 at 9:00 p.m. at Piedmont Theatre in Oakland, California.