Is warrantless search of electronic devices on entering US legal? 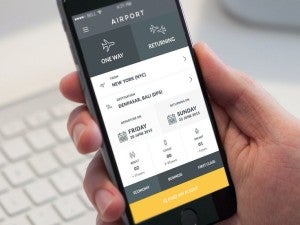 When entering the United States, both non-U.S. citizens and U.S. citizens are not exempt from the current extreme vetting policy. Electronic devices such as mobile phones, laptops and their contents may be searched by U.S. Customs and Border Protection (CBP) officers without the necessary warrants.

James attempted to enter the United States using a visitor’s visa. He was asked about the purpose of his travel. There was probably something suspicious in his response and in his body language that precipitated the CBP inspector to refer him to further inspection. At his secondary inspection, he was asked to surrender his phone. He revealed his phone’s password and all his text messages were read by the inspecting officer. The information about his work and where he was” going to proceed after entering the United States were revealed through the text messages. On the same day, James was charged with fraud and misrepresentation as to his real intent of coming to the United States. He was sent back to the Philippines on an expedited removal or what is commonly known as “airport to airport.”

Sidd Bikkannavar, a U.S. citizen, an employee of NASA, was traveling from his vacation abroad and did not expect to have difficulty entering the U.S. At his port of entry. He was asked to surrender his phone and his password. He was initially hesitant to comply with the request, but eventually he gave the CBP officer his password and this phone was taken away from him. He was not aware of what was searched by the CBP, but he is afraid that he had compromised sensitive information relating to his work at NASA.

It is a well-settled rule that reasonable border searches are valid due to national security interests.  Electronic devices refer to any devices that may contain information, such as computers, disks, drives, tapes, mobile phones and other communication devices, cameras, music and other media players, and any other electronic or digital devices. According to CBP policy, searches of electronic devices help detect evidence relating to terrorism and other national security matters, human and bulk cash smuggling, contraband and child pornography. They can also reveal information about financial and commercial crimes, such as those relating to copyright, trademark and export control violations. Finally searches at the border are often integral to a determination of admissibility under the immigration laws.

There has been a long-settled rule that warrantless searches at the border are permitted and do not violate 4th Amendment constitutional guarantee against unreasonable searches. And since this is a legal activity, failure to cooperate with CBP will result in serious consequences. For the foreign national who is not a green card holder, CBP may deny entry to the United States. For the green card holder and U.S. citizens, it is possible that either of the following may occur: (1) detention of the person until he or she consents; (2) arrest of the person for obstruction of justice or (3) release of the person but seizure of the device in question. All these will result in a cumbersome experience for any traveler.

While warrantless search of digital devices may be frequently exercised by CBP, travelers to the United States may consider limiting the number of electronic devices they carry. And regarding to the content of mobile phones or laptops, there is a way to clean up your files, apps and messages if you wish to protect your information. The same may be done with your social media postings. These days, it is difficult to assert the right to privacy during international travels. But, there is a preventive measure one can take; that is, carefully choosing what you put in your luggage and on your electronic devices.