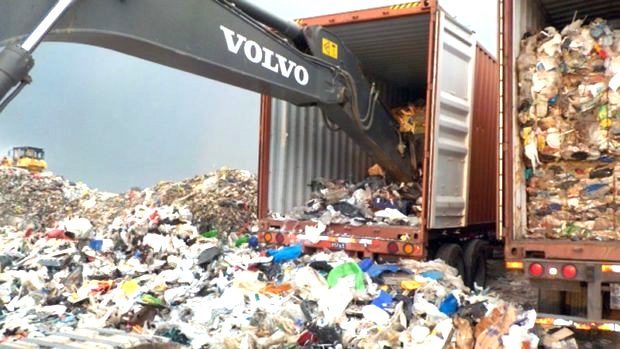 Shipping containers of Canadian trash in Philippine port. Canada has agreed to pay for shipping it back. INQUIRER FILE

OTTAWA — Canada agreed to pay the full cost of shipping 69 garbage-filled containers back across the Pacific Ocean to Vancouver from two Philippine ports where they have bee smoldering for the last six years.

However, it remains unclear how much it will cost and when it will happen.

Canada’s government made the offer in writing last on April 24 but how much the shipping will cost and when it’s going to happens is still not clear. On the same day, President Rodrigo Duterte threatened to “declare war” on Canada if the garbage was not taken back by May 15.

A Global Affairs Canada spokesman, who spoke on the condition of anonymity to discuss matters Canada hasn’t yet made public, confirmed the offer included costs, but wouldn’t give any other details, The Canadian Press reported.

A spokesperson for Environment and Climate Change Canada, which is in charge of expediting the trash’s return and disposing of it in Canada, said the details are still being worked out with the Philippines.